Three days and we have already settled into somewhat of a routine.  We’re in bed by 9 pm since we’re up at 6 am.  Breakfast is a quick bite and then we’re off by 7:45 am for morning devotions at 8 am.  Our day to lead devotions is tomorrow.

Once devotions are finished we head out to our various projects.  Barbara remains in the office with either Cheryl or Teresa.  They have more than enough work to keep them going for at least another two weeks.

I’m back in the apartment with Ken and Hedi.  Here’s Hedi painting one of the closets in one of the bedrooms.

A much better picture of her.  We convinced her that it was time to come out of the closet.

This is Ken starting to roll on in the living room. 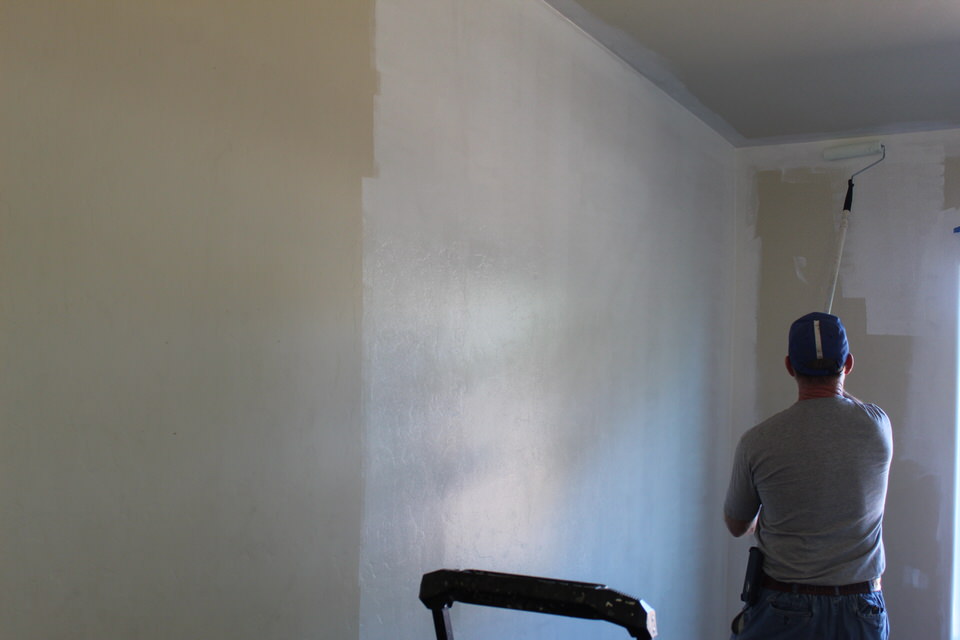 This is my room, one of the three bedrooms.

The unfortunate thing is the paint that the ministry purchased was the cheapest they could get their hands on.  Meaning, it doesn’t cover a thing until you’ve put at least two or three coats on.  The bottom line is, we’re going to be at this for a long time.  The good thing, if you could call it that, is that they want everything and I mean everything the same white color.  So we’re painting ceiling, walls, doors, molding, closets, etc the same white color.  When we’re done you’re going to need sunglasses in this apartment.

That was, is and will remain – until the end of December – more or less our daily routine on The Road of Retirement.  It definitely is a whole lot different than anything we are used to.  Yet, that is fine by us.  It’s about time we started giving back for all the blessings we have received.  Still, its going to take a bit more time to get used to.  After all we’re used to coming and going as we want, we’re used to getting up when we want, and we’ve not had a schedule to adhere to for many, many months.  We’ll get there – in time.

Thanks for checking in with us today.  We always appreciate your company and your comments.  Catch you tomorrow.