First, thank you for reminding me that my minnow is indeed a great coach and just what we need.  Furthermore, that it does just what we want it to do.  Which is, it takes us safely down the Road of Retirement, on which we travel together, hand in hand, singing our song.

Now for today.  Oh my goodness, how un-retirement like, we had to get up by 7 am this morning!  Graybeard was going in the shop first thing in the morning.  Turns out, however, they really could have put it off to a later hour.  I’ll explain in a bit.

Since we were up and needed to be out of the coach we decided to go for Bagels.  We had heard that there was a Brooklyn Water Bagel Company in Lady Lake – about 20 minutes away – so off we went in search of it.  I think we each decided this is the first time in over 6 months that we have had real bagels.  And oh were they ever good.  We’ll be back.

Next mission was to find the local dish satellite store in Ocala.  Took a bit of doing, but only because we first put the wrong address in the GPS.  Our fault.  Right address in we

were there in no time.  The store is called International Satellite and Antenna and John is the owner.   I hit him with question after question and he patiently answered all of them.  What he wasn’t sure of he took the time to call his supplier and obtain an answer.  In the end we purchased a Winegard Pathway X2 two receiver bundle at a great price. 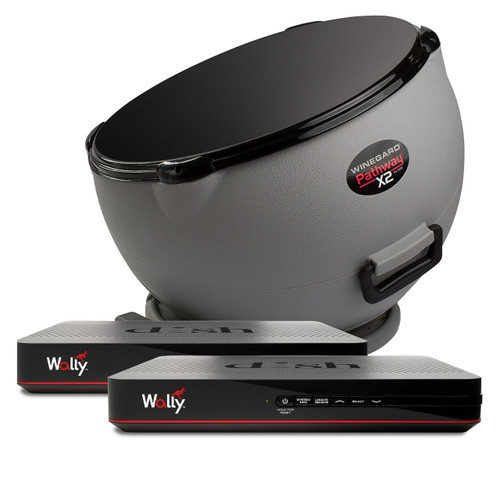 Once we are back in Sumter Oaks in November we’ll have it installed immediately.  Like the day after we arrive!  No time to waste, Hallmark Christmas Shows are starting.

About that early hour.  Sure enough they took it in.  However, the only thing accomplished was a slide tuneup.  Really, not even that because they determined that the slide and its – to me – weird behavior is the way it is designed to work.  Now imagine that.  Well, I feel better now knowing there is no issue.

They then tried to do the chassis work but the mechanic who works on the Ford F53 chassis and V10 engine ended up tied up on another project that had been started on Friday.    They did try to change the serpentine belt only to discover they could not get a replacement belt until tomorrow.  So even that was put off.  Grrrrr.  Will anything get done tomorrow?  Not looking good but hopefully Wednesday.  If not Wednesday we’ve discovered another excellent shop in of all places, Bushnell.  I just have to keep reminding myself as I’ve said before sometimes the situation is the boss.  One good thing, our site is not costing us anything.  I like that.

So that was our day.  Alliance didn’t get much accomplished but we did.  Which still makes it a good day in my book.  Thanks again for joining us as we traveled along.  We’ll see you again tomorrow.  Until then a thought for each of us to ponder:

One thought on “October 22nd, Monday – Oh Boy Real Bagels; Satellite Antenna; As I’ve Said Before, Sometimes The Situation Is The Boss”