What a beautiful day to awake to.  Plenty of sunshine, fair temperatures, and no work for us today.  So it was we took our time getting up and getting going.

Breakfast was a favorite of mine.  I had cheese potatoes and fried spam.  On the side was orange juice and a couple of mugs of coffee.  Just what the doctor ordered for the start of a new day.

Not much on the schedule today.  I spent the day doing house cleaning and Barbara got caught up on our laundry.  They have a brand new washer and dryer right across from us in the maintenance garage which is for volunteers like us to use.  No quarters needed thus more money saved.  Really nice to say the least.

Tonight, was the annual Historical Fashion Show.  Period reenactors modeled clothing from the 1500’s up to and including the 1900’s.  In addition, they had a narrator who described the clothing of each period and how it was worn and used.  Following are some pictures I took at the show.  Enjoy.

The first picture is of an early pioneer woman modeling and describing the various pieces of clothing that she would usually wear.  First came the pants worn under everything.  Along with she would also wear a simple shirt made of linen – also worn by the men in the house.  Nothing fancy for sure. 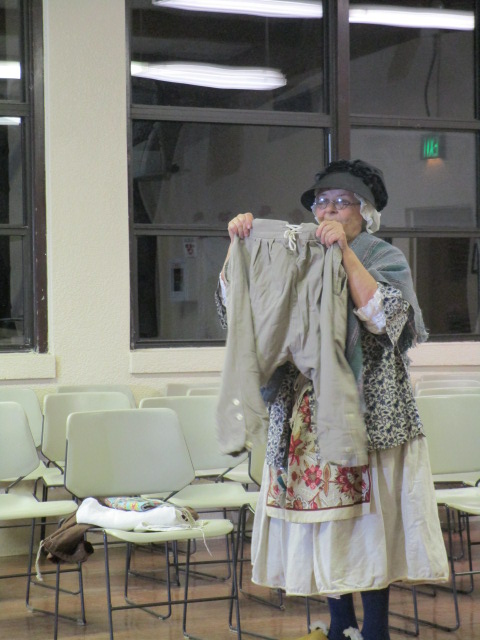 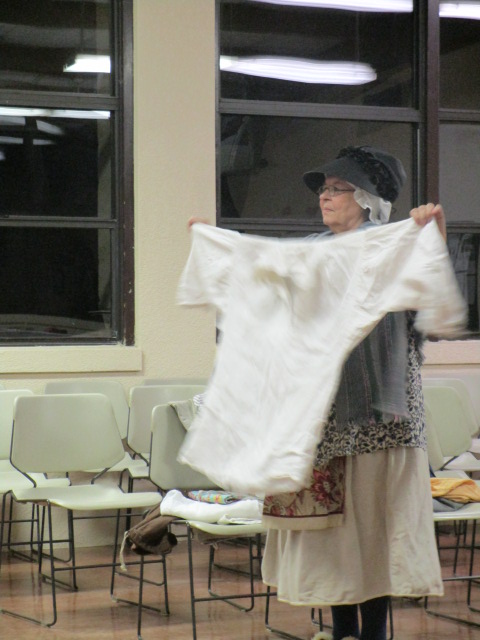 She would also wear a hat which was worn over the top of a white cap.  At her waist she would wear a belt to which was attached almost anything and everything for instance she carried a pair of scissors and a sewing needle and thread.  She also carried two simple bags in which she could carry larger items needed day to day. 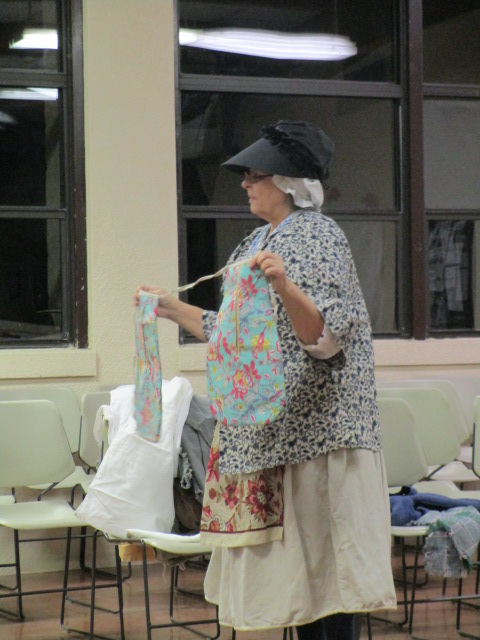 Next, two gowns which were typical of the early 1800’s.  Imagine having to put them on. 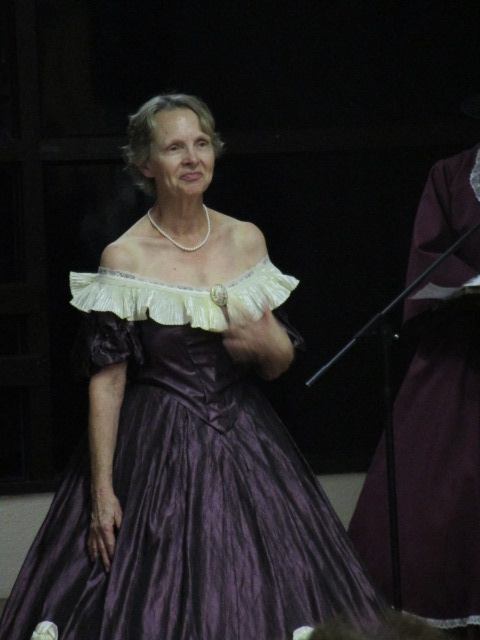 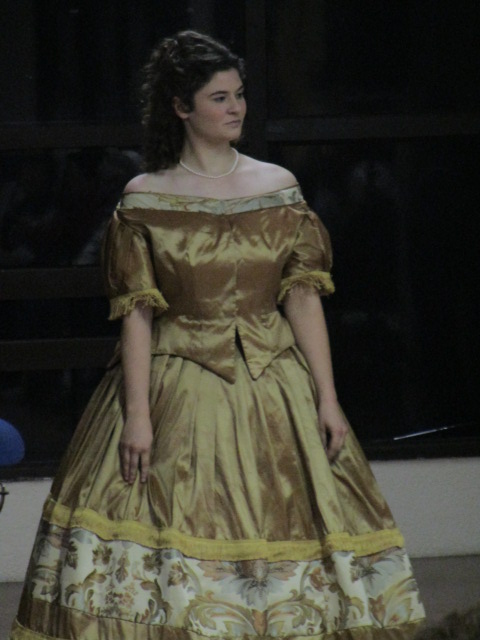 Here we have the typical uniform of an artillery solider.  Note the white bands that ran across the chest and were joined at the center by a nice shiny piece of brass.  Want to take a guess what the enemy would almost always aim for first! 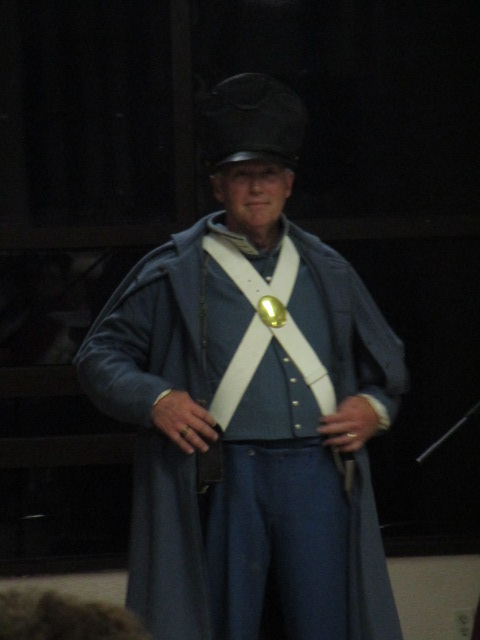 In contrast was the typical Seminole uniform of the 1800’s.  Light weight and well adapted to the countryside in which they found themselves. 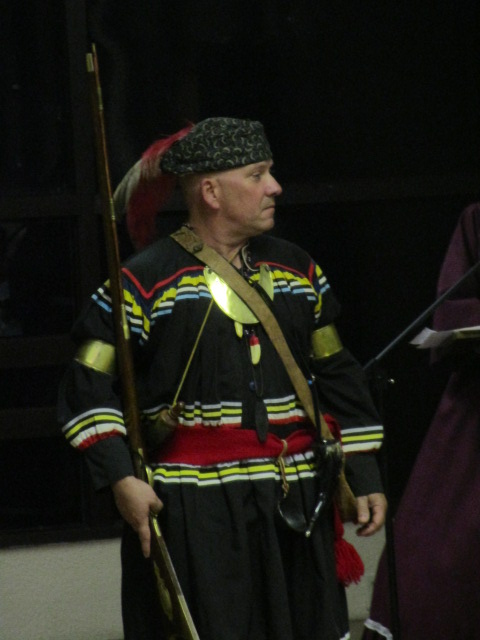 Jumping forward in time we get a glimpse at an early bathing suit.  A wee bit different then what is worn today! 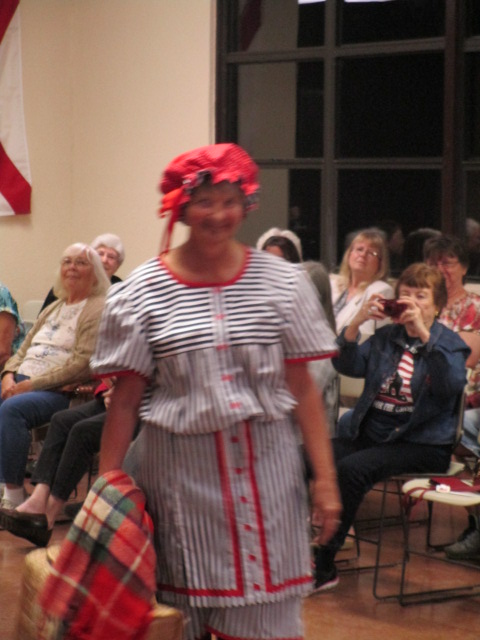 A woman advocating for their right to vote. 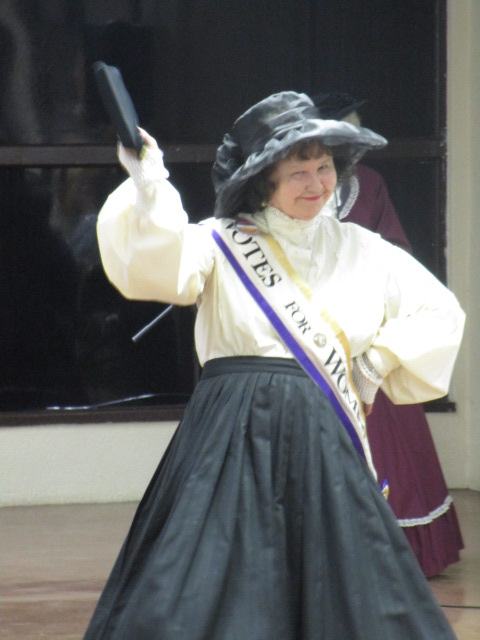 Let’s not forget the nurses who served during the war. 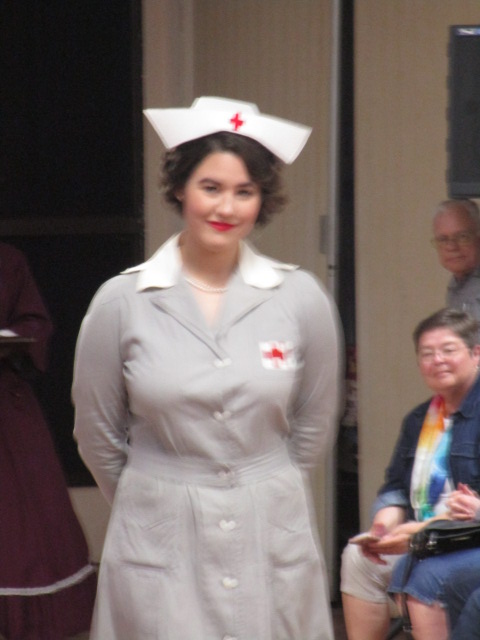 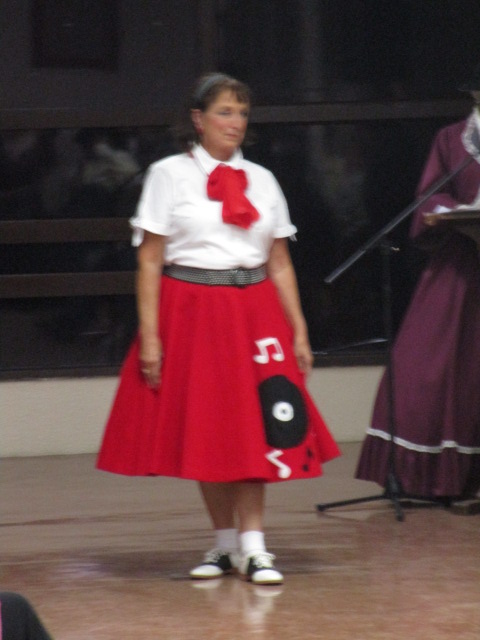 It was an interesting evening with a little bit of everything on parade.  It was amazing to see just how fashion has changed over the years.  A good time was had by all who came.

That was our day On The Road of Retirement.  We enjoyed it from beginning to end.  Hopefully, you had a good day as well.  Time now to call it a day and get some much needed sleep.

Time now for our evening prayers .  Till tomorrow, have a good night.

One thought on “Feb 9th, Saturday – Historical Fashion Show at the Park”