This past weekend was a whirlwind of activity.  We put in two 9 hour days each.  Barbara got the worse of it since she by her own choice wanted kitchen duty.  Yours truly was assigned to the field crew meaning whatever needed to be done was ours to do.  We carted trash, made sure the bathrooms were stocked and clean, we saw to it that traffic flowed, and the best duty of all – we provided escort duty for the attending WW II Veterans.  Here we go, the weekend in review.

It began with the reenactors from both sides – American and German–  assembling on the parade field before the raising of the American flag.

Then came the raising of the American flag.

A little later in the morning the troops passed in review. 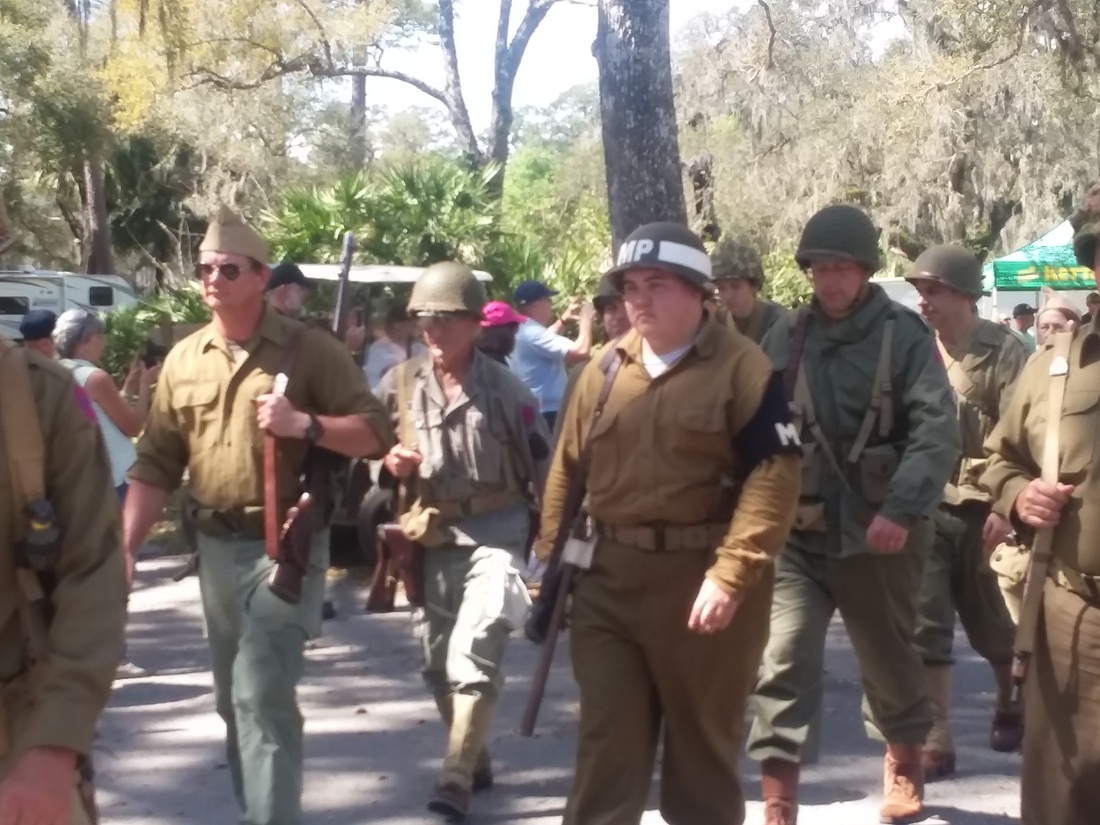 Jeeps of the day with a young admirer hitching a ride.

Then there was this, a Humber Light Reconnaissance Car- or is it?  More on this later. 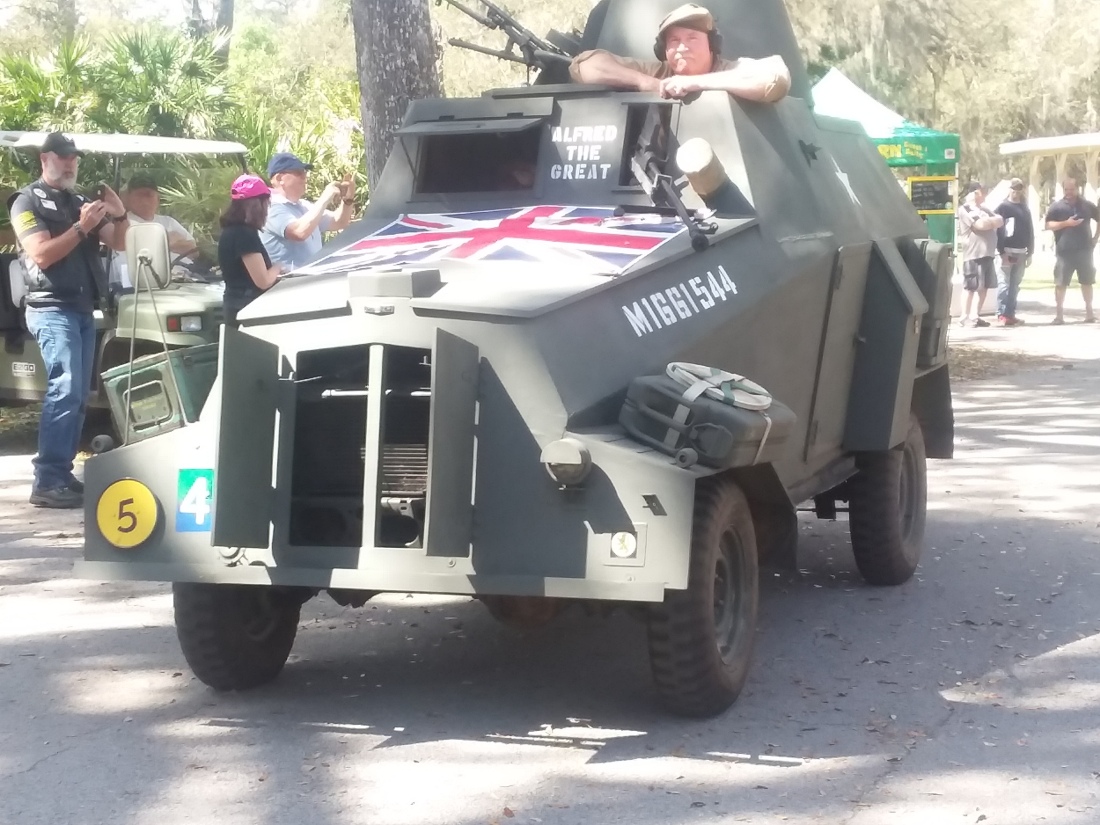 There were encampments around the grounds, this of a typical American camp.

A closer look at a typical American tent.

Check out the inside – look closely to the right of the typewriter.  This guy was prepared

Moving to the German side, their field hospital.

Now, remember that Humber?  The Humber Light Reconnaissance Car, also known as Humberette or Ironside, was a British armoured car produced during the Second World War. 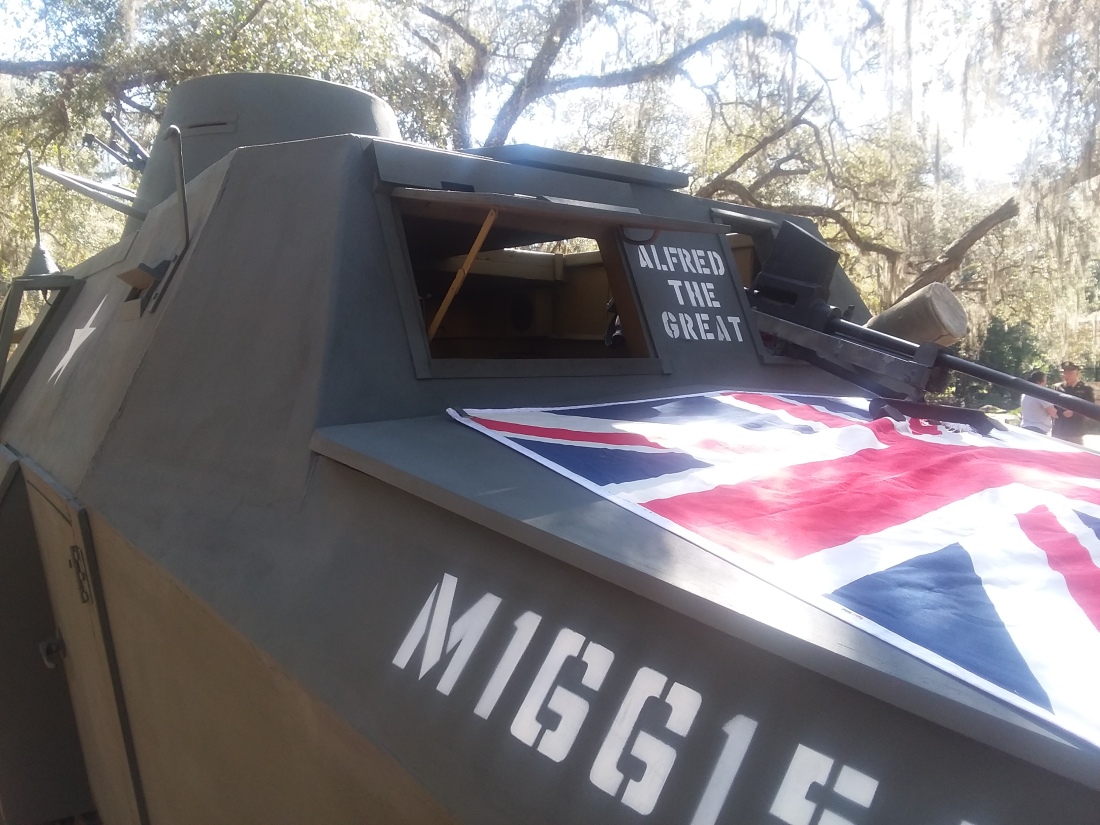 This, though, is actually a Jeep Cherokee!  The vehicle is a reproduction body made of plywood!  Authentic in every way.

The very best part of the day for me was yet to come.  The opportunity to meet those who truly made this country great.  Not some politician speaking out of both sides of their mouth and twisting the truth to suite their needs.

I’m talking about real men of courage, conviction and integrity.  There was Ted who served from 1943 to 1969.   He fought in WW II, Korea, and Vietnam.

There was Fred who served in Korea.

Then there was George.

Today, George is 94 years young (that’s his wife to the right in the picture).  He was a US Army bomber pilot who flew 30 missions over Germany.   Think about that for a moment.  Many never made it past 1 or 2.  The stories he told and the memories he shared about the missions he flew kept us all gathered around him.  He stated there was never any question of not flying a mission.  If you were told to go, you went.  That was it.  Because of him and so many others like him we today are still the land of the free.  In my mind George is a true hero.

Come 4 pm and the park was quite for Saturday.  But the day was not over.  At 7 pm there was a an old fashioned USO show for all the volunteers and reenactors.

We had a packed house for the night’s entertainment.

There was the Pascal High School Jazz Band – what a fantastic group!  They played a selection of songs from the Big Band Era.  They were absolutely great!

who’s on first, what is on second, and I don’t know on third

There was a young woman singing songs from Nat King Cole. 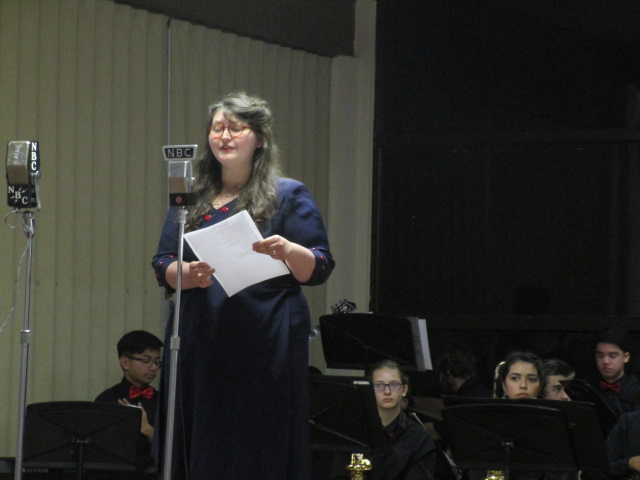 And plenty of opportunity to dance if you so desired. 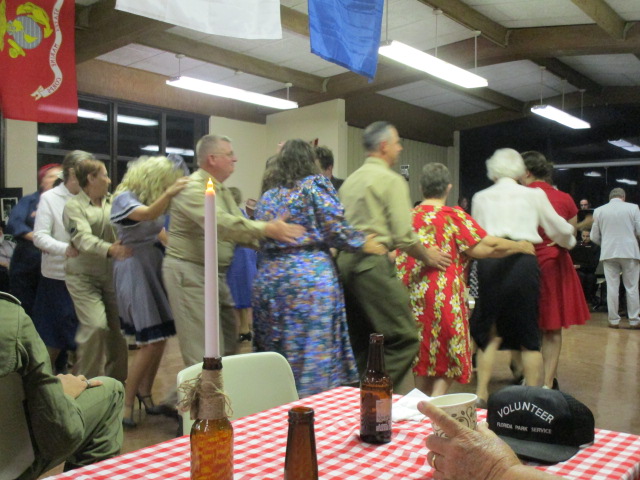 There you go.  The weekend was an absolute blast.  Would I do it again?  In a minute!

Thanks again for joining us on The Road of Retirement.  We were dead tired when the weekend came to a close but we were also extremely thankful to have been a part of all that went on.