Home Is Where We Park It:  East Fork State Park, Bethel, Ohio

This Park is Huge

Today the only real thing on the agenda was the Wishy Washy. 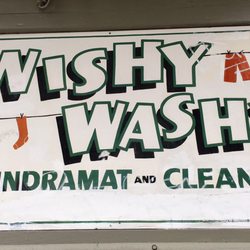 Barbara found an excellent one just outside the entrance to the park.  Probably the best one we’ve come across in a really long time.  Spotless from top to bottom, all machines in working order, and the least expensive one we’ve been in yet.  In no time at all she had all our wash done.  We’re good to go for another couple of weeks.

Coming home we decided to explore our little world and see what the rest of the park was like.  The loops go from A to L and there are a total of 416 sites.  However, only seventeen are FHU.  The rest are a mix of water only, or water and electric.  What we discovered is that those sites are packed, I mean really packed.  Which when I stopped to think about it makes sense.  They cost about one fourth of what a FHU site costs and if you live in the area and are only here on a weekend you probably don’t need a sewer hookup.  I just don’t think I would want to be in the line, though, for the dump station come Sunday afternoon.

Going back to Nashville one of the exhibits at the Country Music Hall of Fame was the Hatch Show Print Exhibit.  The Hatch Show Print is one of America’s oldest working letterpress poster and design shops.  For 140 years the company has provided performers of all stripes with vibrant posters that combine color, individuality, and bold letter design.  Today they still print between 500 to 600 posters a year for classic and contemporary performers.

It all began with Charles and Herbert Hatch who learned the craft of letterpress printing while growing up in their father’s printing shop in Wisconsin.  In 1875 they moved to Nashville and four years later opened their own shop. CR & HH Print Shop began making billboard size posters for plastering on the side of buildings and barns.  These jobs required massive wood type and hand craved image blocks.

In 1921 when Charles Hatch died, his son Will T took over the family business.  The company entered a golden age with Will T at the helm.  He was a more than capable business manager and a gifted carver of wood blocks.  The shop catered both to the the many performers that called Nashville home as well as Nashville’s business interests.

When Will T died in 1952 his wife Arlene, his son, and a handful of dedicated staff kept the presses running by embracing new technology and more cost effective methods.  The wood and metal type set was still set by hand giving the Hatch Show Print posters a truly artistic flair.

In 1964 Arlene sold the company and it was subsequently sold several times after that.  This began a long dry spell for the company but thanks to the efforts of Gaylord Entertainment Company and dedicated staff the doors remained open and the ink continued to flow.  In 1992 the company was donated to the Country Music Hall of Fame and Museum.  Today the company continues to thrive and continues to print posters the old fashion way in a space in the Museum dedicated solely for it’s use.

Today, through the continued use of the equipment and tools of letterpress printing and block carving the staff at Hatch Show Print preserve and disseminate the knowledge of a technology that is the foundation of modern graphic design.

Let’s take a look now at how they make a poster.  Today they create posters the same way they were made 140 years ago.  Designs carved on wood blocks combine with movable letters of wood or metal.  These elements are positioned backwards and locked into a frame, secured in a printing press and inked.  The paper is pressed onto the inked type that creates an impression that is right-reading.  Posters with different colors require separate frames for each color.

Here are the print blocks for Nashville radio station WSM-AM and photoplates of various Grand Old Opry performers.  In addition on display are some of the tools used in craving a wood block.

Additional posters and the plates used to create them.

An interesting exhibit from which I learned a lot.  It’s amazing how much there is yet to learn and it’s usually waiting just around another corner.

Time to call it a day on The Road of Retirement.  We need to start putting things in order and getting ready to get on the road again.  Tomorrow will be a travel day as we move further north into Ohio for a tour of another unusual museum.

Thanks for joining us today, we always enjoy your company.  Catch you tomorrow.

One thought on “TOUR AMERICA 2019: BETHEL, OHIO – THE BUCKEYE STATE”