Remember the song the lyrics that in part went

The last few days including today have been oh so nice.  No rush to get up.  Time to sleep in.  A nice leisurely breakfast.  Alas, today is the last day of such bliss but its been great while it lasted.

Today being Sunday as a team we again went to St. James United Methodist Church for worship.  Today after worship we all came back to our rigs since each of us had things to do. 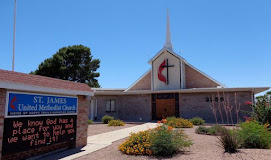 Remember this from the other day?

The more I thought about it the more intrigued I became as to how it came about.  So I did a little research.  Here’s what I found.

Often called A Mountain because of the huge A, this peak was originally called Sentinel Peak because in early Tucson a sentinel station was erected and someone stationed there to give warning whenever enemies approached. It was used as a sentry station in the Civil War.

The big A originated in 1914.  The A is 70 feet wide, 160 feet long and about 5 feet thick from its base.  It was created by the students at The University of Arizona.  The work began in 1914. It took almost two years to complete.  First the site was cleared of cactus and shrubs; next the students dug trenches by hand for the foundation.  The letter was built using black basalt rock quarried from the hillside. The rocks were cemented together using mortar and water that was hauled by six-horse teams.  Over the years it has been painted many different colors:  green; red, white and blue, and today white.

So that’s the story of A mountain.

Cactus Forest Drive is an 8 mile one-way loop that wends its way through the park.  It offers a chance to see first hand the Sonoran Desert and all shapes and sizes of Saguaro Cacti.  What one sees also depends on the season of the year that you choose to make the drive.  That’s why we’re coming back in February.

Let’s begin.  This is the entrance to the loop drive.

As you begin your drive almost immediately you are admonished to

The first stop on the loop is called Future Generations Overlook.  Here we learn how the park came to be.  Homer Shantz led the effort that created Saguaro National Park.  Once set aside as a National Park the Civilian Conservation Corp went to work filling old mine holes, tearing down cabins and creating the eight-mile loop road which was designed to blend in with – and showcase – a slice of the Sonoran Desert.

Leaving the first stop to the right and left the Sonoran Desert opens up before your eyes with a wide diversity of cactus and plants.

Next stop along the loop road is The Sonoran Desert Overlook.

where we learn that

25 different species of cactus grow here in the park.

Prickly Pear Cactus the pads of which grow perpendicular to the sun.   The juicy red fruit visible here serves as food for coyotes and foxes, thrashers and squirrels.   I also understand the pads taste delicious which I hope to find out.  Without the spines of course!

A teddy bear cholla.  There are seven different types of this cactus growing in the park.

The towering Giant Saguaro.  No idea how old they are but remember, arms usually don’t appear until they are at least 60 plus years old.

The spines on the cactus help to regulate the plant’s airflow – keeping it cool in summer and insulating it in winter.

The next stop on our drive is Cactus Forest Overlook.

The Saguaros in this area are part of a recovering cactus forest that once appeared to be on the verge of extinction.

Among the young there are a few grand old cacti.

As well as the dead or dying.  Death may come from freezing, lightening, disease, wind, old age, or vandalism.

where we learn that

Look closely at the valley floor below and you will see dry stream beds and washes that fill with water during the summer monsoon rains.

As you look at the mountainside, note the canyons coming down on the left and right.  Water fills canyons like this during the monsoon season, creating waterfalls that cascade over towering boulders.

Our next to last stop is

This is the Tanque Verde Ridge of the Rincon Mountains.  The spots of green you see high on the mountain are hardy stands of oaks, evergreens, ponderosa pine and Douglas-fir.

Finally, our last stop on the loop road is

The inhabitant of these rocks, and who they are named after is the Javelina.  Some other facts about this animal not mentioned below are:  this animal is relatively new to Arizona; they now range all the way north to the Grand Canyon; and,  this animal eats the prickly pear pads spines and all!

We’ve now come to the end of the loop.  The pictures above are just a small taste of this magnificent park.  We are really glad we made the time to see it.  In fact we decided when we are back in this area in February we’re going to come back again.  We’re hoping since that will be the start of the spring season we’ll be able to see the desert in bloom.  If you are ever in this area put this National Park on you’re must see list.

Our day on The Road of Retirement has come to a close.  Our three days of sleeping late, lounging around, and taking it easy are now over.  Tomorrow it is back to work.  We have an apartment to paint – and one more after that.  So if you don’t mind, I’m going to go get some sleep.

Thanks again for coming along with us.  We always appreciate your company and your comments.  Catch you again tomorrow.