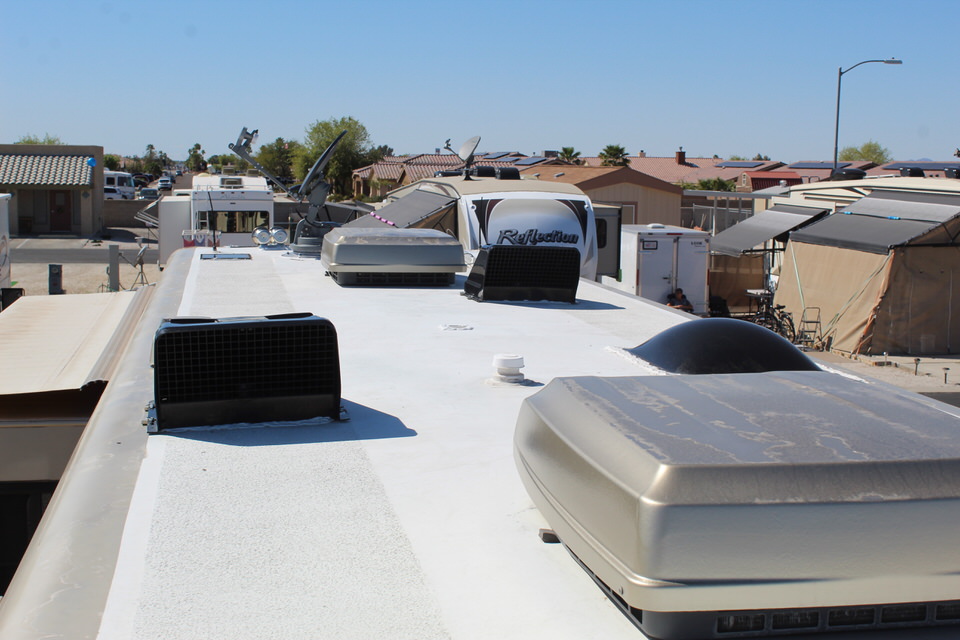 Barbara Has It Back

Finally Figured Out The Light Switches

The Transformation Continues – Up On The Roof Top, But Not With Santa Claus

In the true spirit of sharing all that we have, Barbara now has what I have.  Actually, according to the doctor this is a normal fall-out from the flue.  There is a whale of a lot of it going around.  Hopefully, she will bounce back as quick as I have.

I have two of these lights, mid-coach near the roof line as you can see.  Since I’ve owned Elvira I could never figure out how to turn them on.  I couldn’t even find the switches for them.  Then I turned to the Newmar Owners Forum on RVVillage. 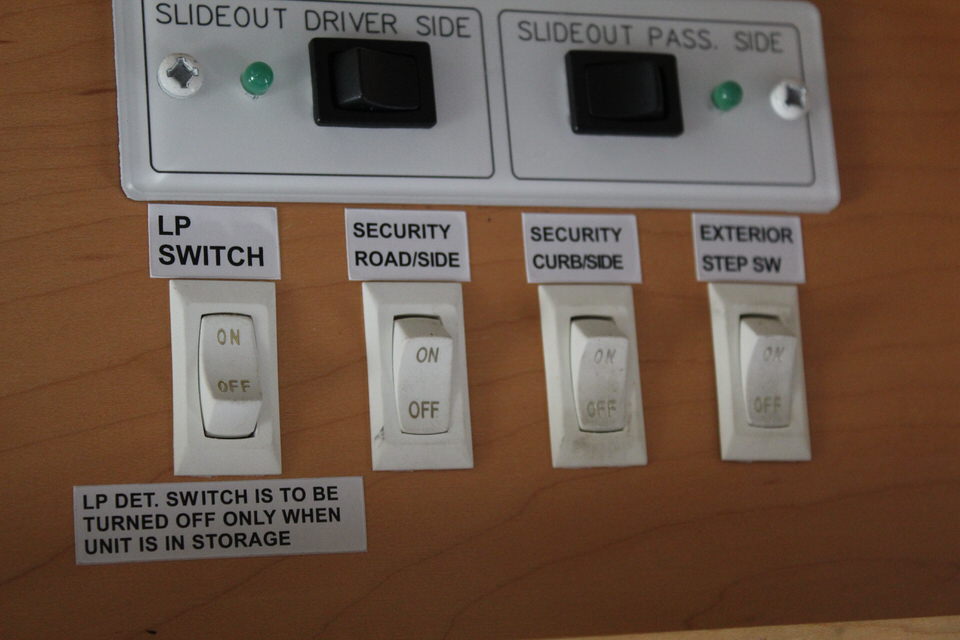 They told me exactly where to look for the switches – in the control panel over the entrance door.  There they are, Security Roadside and Curbside.

Then we have these lights.  There are several of them down each side of Elvira at the bottom of the coach.  I didn’t even know what they were called so had no idea where to look for the switch for them. 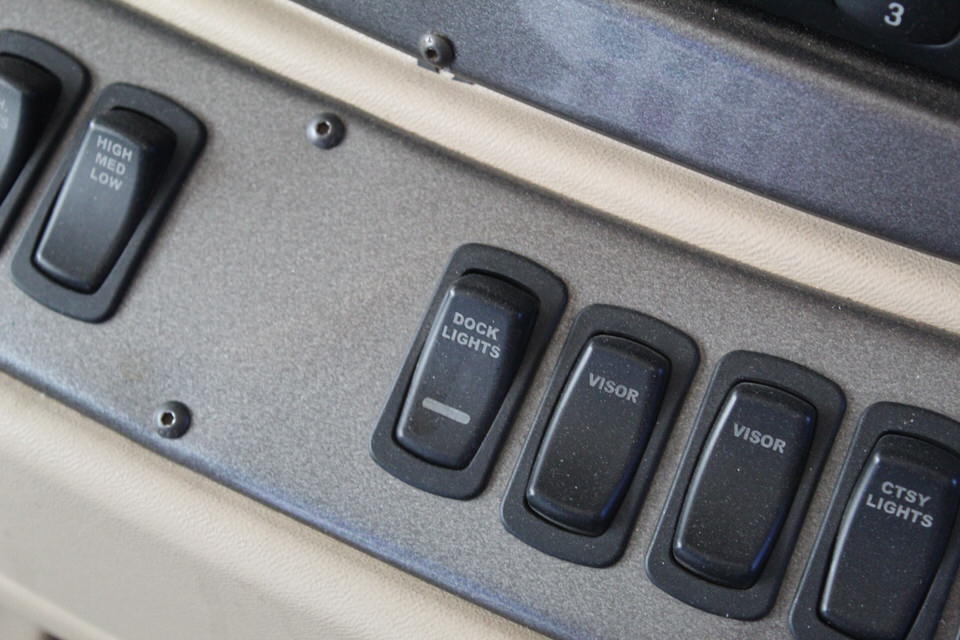 Back to the forum.  They are called Dock Lights and right there on the driver’s center console panel is the switch to turn them on.  Now I know where all the switches for all the lights are.  Another mystery solved.

Today’s project was all those many things that stick through the roof and need lots and lots of caulking to keep them from letting water get into the coach.  It was a perfect day for this project, not too hot and a beautiful breeze all day long.

The Over The Air (OTA) Antenna.  This needed to be both re-tightened and re-caulked.  First, I tightened all the existing screws then I coated it good with Dycor Self-Leveling Sealant.

I added even more sealant to the feed for the satellite antenna.  I also put sealant on the screws behind – still to be done in this picture.

Then I did all the vents (I was just starting on this one); there was also the air horns; the small solar panel; various other plates that covered up access holes; and finally the seam along the front and rear cap.

I still have more to go.  I need to pull the AC Covers and clean the drains and caulk around their base.  I also need to replace screws in the roof ladder and re-caulk it.

With no threat of rain in the foreseeable future I really don’t need to rush.  I don’t want to let the rest go for all too long either.  Hopefully, all will be done by the end of this week.

Another fruitful day on The Road of Retirement has drawn to an end.  Barbara has been to the doctor and is on the mend.  Light switches have been found.  98% of the roof top projects have been finished.  So, as they say today is a wrap.

Thanks again for coming along with us on our journey of transforming and upgrading Elvira.  I’ll confess, I’m really enjoying myself.  Catch you tomorrow.

These are the voyages of  Elvira and it’s two intrepid travelers.  Our continuing mission: to explore as many new states as possible, to seek out new acquaintances and make new friends, to boldly go where we have never been before