Home Is Where We Park It – RV Renovators, Mesa, Arizona 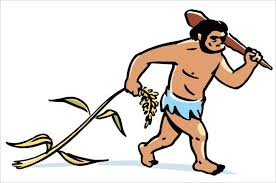 Today was our day to go foraging for food.

A call to our local supermarket the night before and we were told get here as early as you can and you’ll find most of what you need.  Bright and early we were up, and out and on our way.  First sign of the times, a security guard at the front door as we walked in.  Next, never did I thought I ever get so excited as when I turned into the bread aisle and actually found a loaf of bread and English Muffins!  There was also eggs and milk.  And enough of an assortment of meat that we were able to get enough for two to three weeks.  Barbara also snagged the last package of napkins.  Nope, no toilet paper but we have a copy of the local paper for emergencies!

Just a fraction of the supplies we were able to get.  Most is put away already.  We’re still trying to figure out where to put this stuff.  Really, though a few things may be missing from supermarket shelves yet for the most part you can get what you need.

Just some of the meat we purchased.  More is in the refrigerator waiting to be broken down into separate packs for two.  I even was able to get a half gallon of ice cream.  We also purchased enough frozen vegetables for at least two to three weeks.  We’re ready to hunker down now at the Escapees Park in Congress. 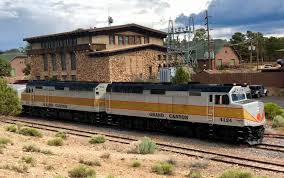 The first, unfortunately, of the many things we were going to do this summer that has been cancelled.  This is the Grand Canyon Railroad that runs between Williams, Arizona and the Grand Canyon.  We were scheduled to ride the train the first part of May.  Today we learned that all service has been cancelled until the end of May.  They stated that at that time they will decide if they will resume service or suspend it for the remainder of the year.  Time to adapt and rethink our summer travels.  Life is getting interesting.

Day three, finishing touches on the new refrigerator install.  Today they installed the molding and stained it to match our existing woodwork.

They completed the custom grate for the bottom that allows air to the furnace.

The simple but effective lock that keeps all the doors closed while we’re traveling.  It’s a simple piece of plywood covered with felt so it doesn’t scratch the finish.

What do we think of our new refrigerator?  Fantastic!  We don’t have to worry about being level anymore.  Nor do we have to worry about it catching on fire (the one tech told me that just a short time ago one caught fire in a rig here in the yard).  We can reach in and the beer and wine is always cold.  The ice cream is rock hard.  We have much more space for everything.  The bonus, it works on the inverter.  So when we get ready to leave, we turn the inverter on, disconnect the electric, the alternator charges the batteries while we drive so everything stays cold.  In addition this refrigerator draws only about two to three amps per hour.  We’re both super glad we made this upgrade.

Final major project for this year, we’re replacing the washer/dryer.  We discovered it was older than we thought.  It was also really dirty so we called the maker and they gave us some tips on how to clean it up but no matter what we did it was hopeless.  Time to replace it.  We had planned to wait until August to do this but we both believe that especially during these times replacing it now is a no-brainer.  Barbara will now be able to do laundry here at home and thus avoid all laundromats.  That’s critically important for both of us right now.

The secret door in our wardroom closet that allows access to the water valves and the power plug.

Of course it wasn’t going to come out without a fight.  This light and the door stops had to be removed first.  Then they had to lift it and remove the feet from the bottom.

Out it comes.  It took the combined effort of three guys to lift it out of its home of the last fifteen years.

Out through the living room, down and out the front door, and off to the dumpster.

The new new Splendide 21XC coming off the truck.

Alongside Elvira waiting to be taken to its new home.

Coming in the front door.

This is where it will go.  The dryer vent has to be replaced.  As well as the water valves.  This will be done first thing tomorrow morning.

Setting it in place temporarily.

That’s Henry in our closet.  He is the lead on this project.  Tomorrow he will install the new valves, the new dryer duct, and replace the light and door stops removed earlier.

One more day, just one more day and we are running for the hills.  We’re going to self-isolate and keep away from all types of crowds, from people in general.  We’ll hunker down in the Escapees Park and decide there what to do next.  We’re healthy as of now and definitely want to stay that way.  Our hearts go out to those who are sick, those who have lost their jobs, those who are struggling just to survive.  The disruption in our travel plans is nothing compared to what so many are going through.  We will as always continue to walk not by sight but by faith reminding ourselves that God is still in control.

Our day on The Road of Retirement is now drawing to a close.  We continue to count our many blessings and pray for those who are fighting in some cases to stay alive, and so many others who are struggling to just exist.  Remember especially in these days and times to let those you love know that you do.  Take time to reach out to your neighbor to see how they are doing.  Maybe you can go shopping for them.  If you have parents that are still alive, treasure them and love them as never before.  Now is the time to decide what is really important to you and put that first in your heart.  For us it is each other and family.

Thanks again for riding along with us, so to speak, today.  We always appreciate your company and comments.  Till tomorrow.  God bless.