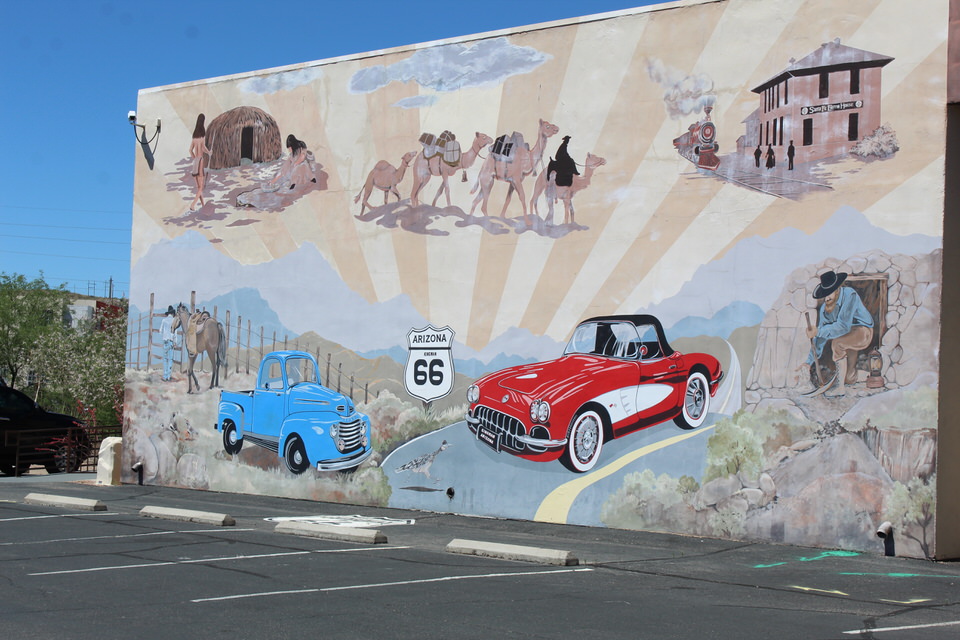 Today was another indoor day in an effort to beat the heat.  The AC has been running all day and will probably continue doing so well into the evening.

There is one more place we visited that we want to share with you.

So what is this museum all about?  Their bio puts it this way:  The Mohave Museum of History and Arts in Kingman, Arizona is a private, not-for-profit organization, which was founded in 1961. It focuses on the preservation of the heritage of Northwestern Arizona and of the presentation of history and arts to the public.

This larger than life mural is by local artist Sandy Rusinko who is a member of the Mohave Artist and Craftsmen’s Guild.  It is on the front of the building just after you enter the parking lot of the museum.

An exhibit just before you enter.  It fits in well with the theme of the museum which is all about a visit to the pioneer past of this area.

The first exhibit is The Hall of Presidents. 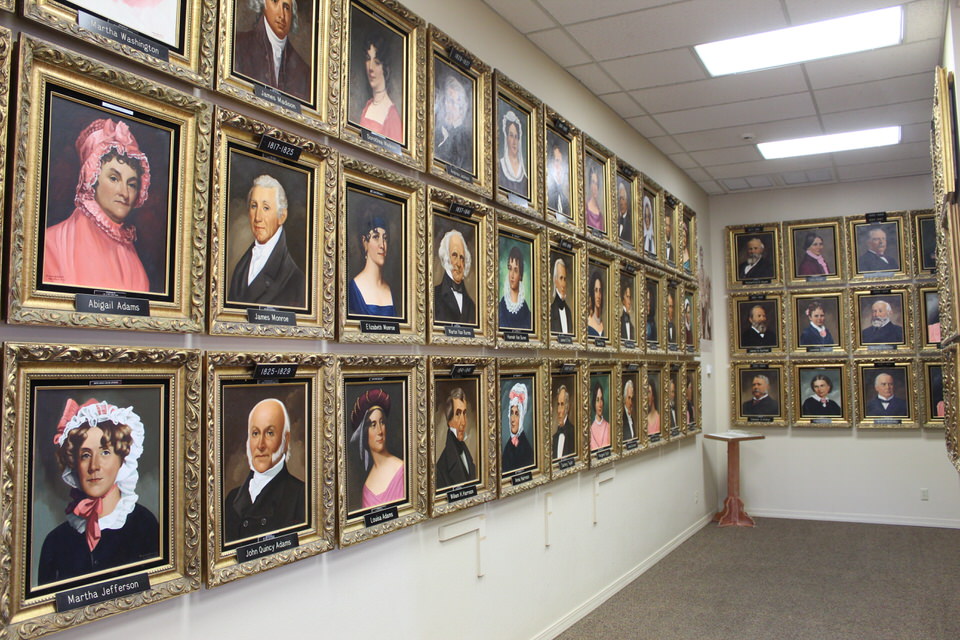 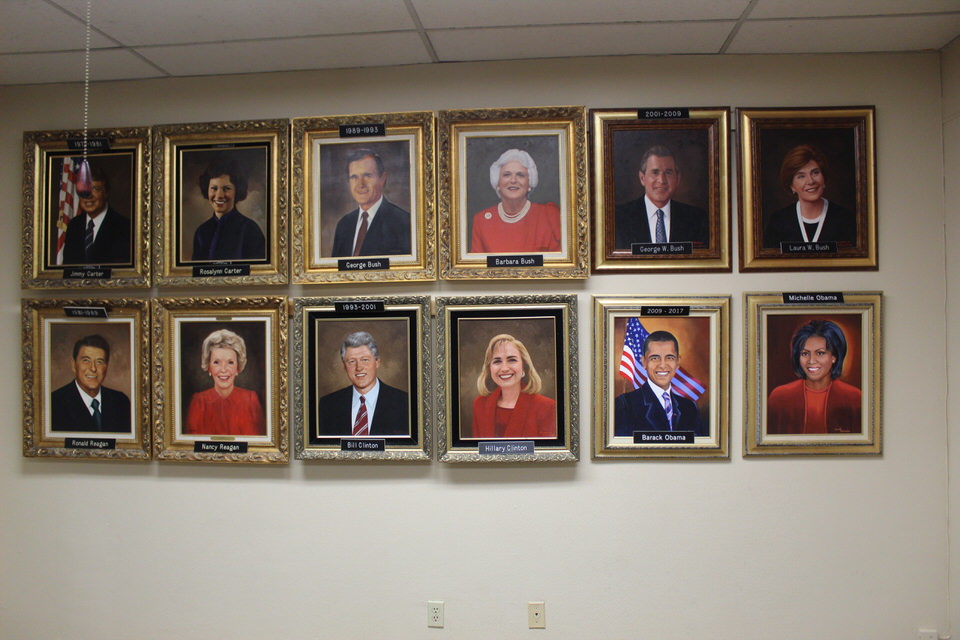 Most of these artworks were painted by renowned Master Painter, Lawrence Williams (1913-2003).

Then we move into the first hall that chronicles the development of this area.  There is just so much here that I can’t possibly cover it all. 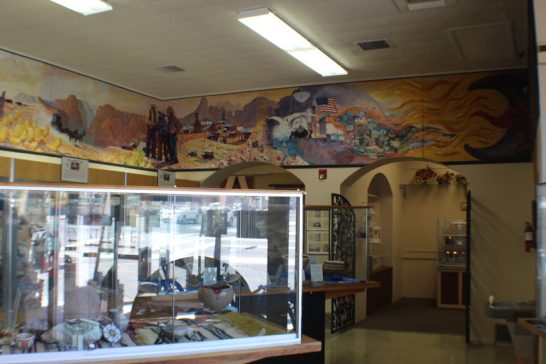 What I will do, though, is share with you some of the exhibits in this hall beginning with the mural painted along the top of the wall.  Just beautiful. 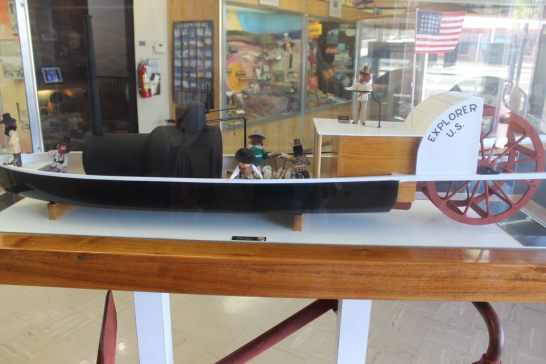 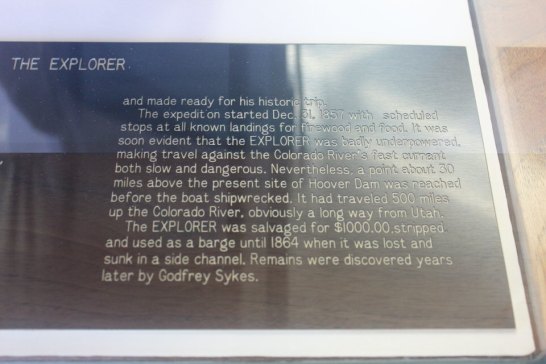 The Explorer was built for the sole purpose of exploring the Colorado River to determine the feasibility of transporting troops and supplies up the river into Utah.  It was built in a Philadelphia ship yard, disassembled and shipped via Panama to the west coast were it was reassembled.  It was soon discovered that it was woefully underpowered making travel upstream against the raging current of the Colorado River both slow and dangerous.  Nevertheless, a point was reached just about 30 miles above where the present day Hoover Dam is located before it was shipwrecked.  Its successful trip, nevertheless, opened up the Colorado River to riverboat traffic which ran successfully until the coming of the railroad.

In this first hall are a series of exhibits numbered one to ten entitled The Mohave Epic.  These exhibits chronicle the history of this area from early BC, through early exploration of the area, ranching and mining, boom and bust, the coming of the railroad, the surge in population after WWI and WWII, and so much more.  Here’s some highlights from these ten exhibits. 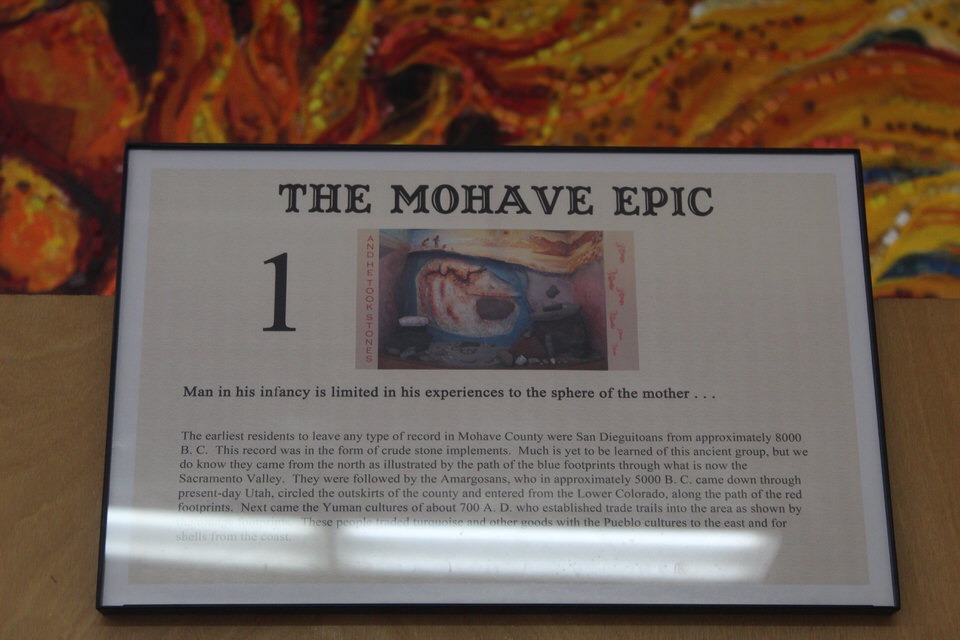 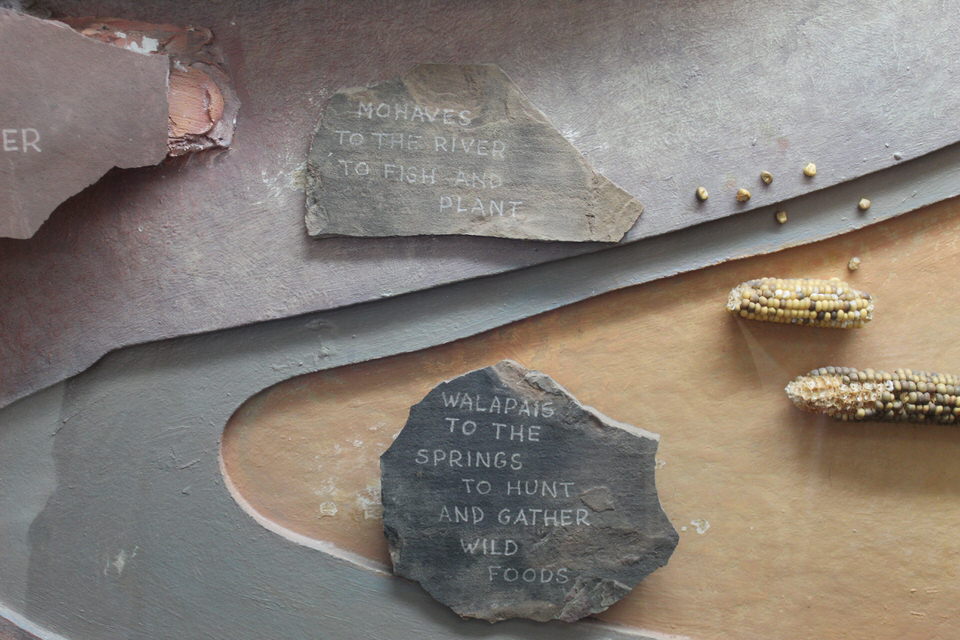 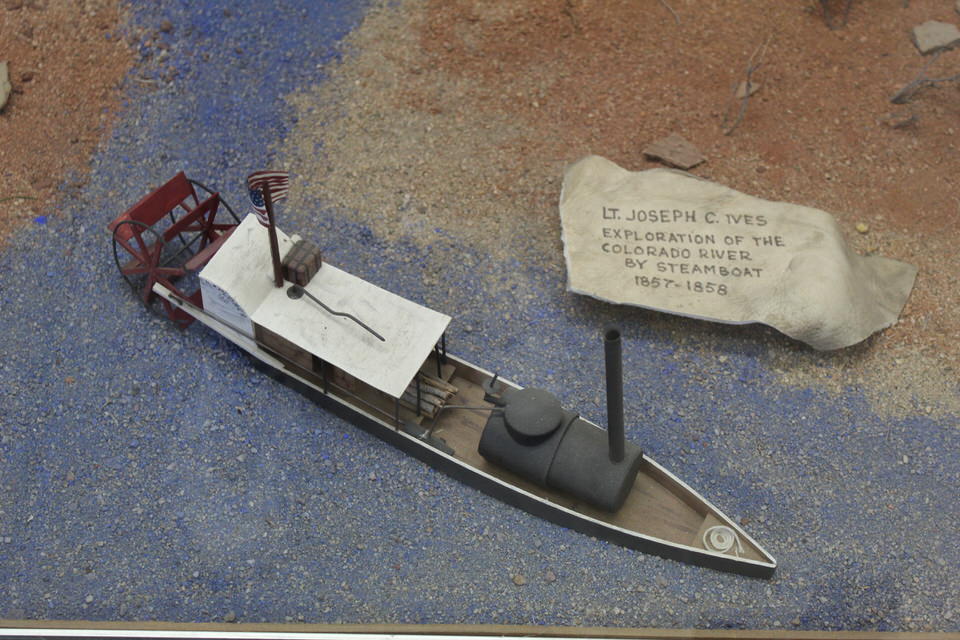 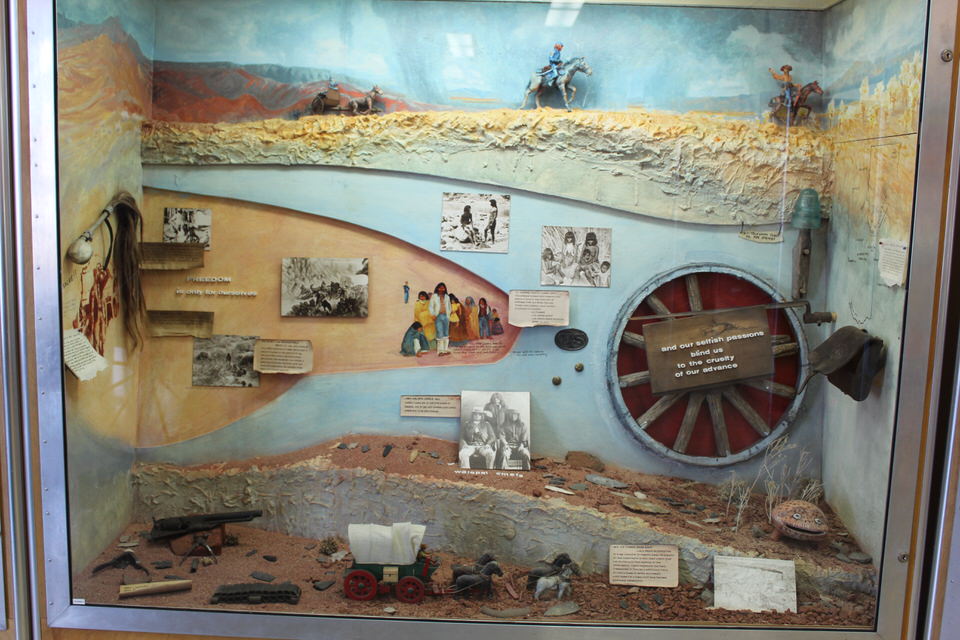 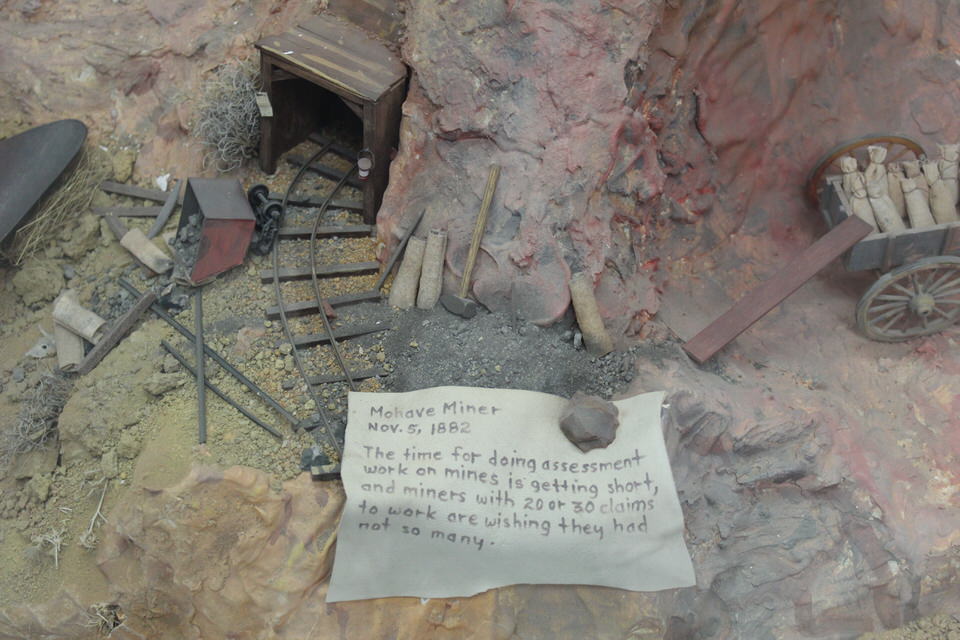 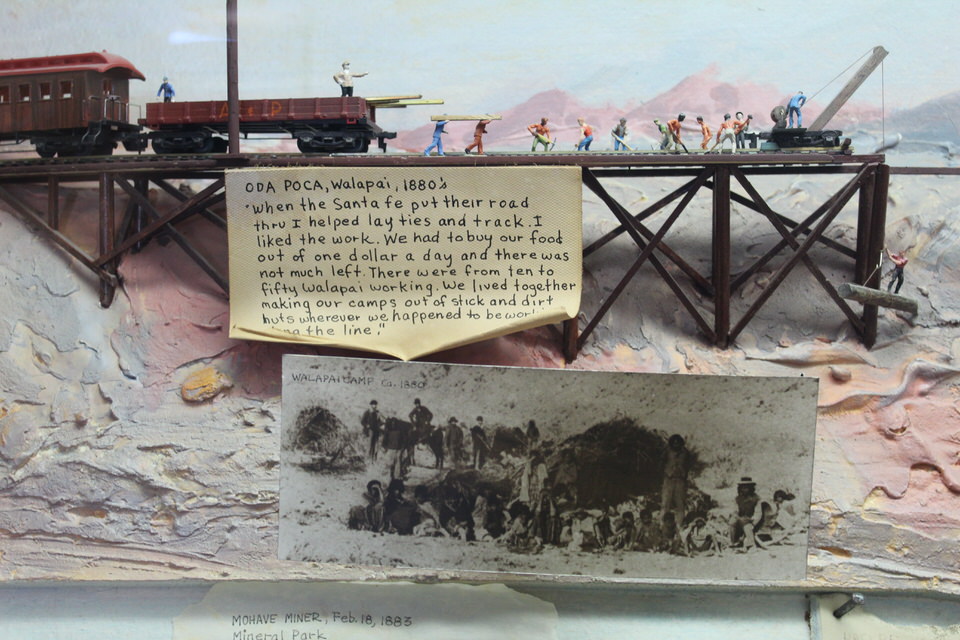 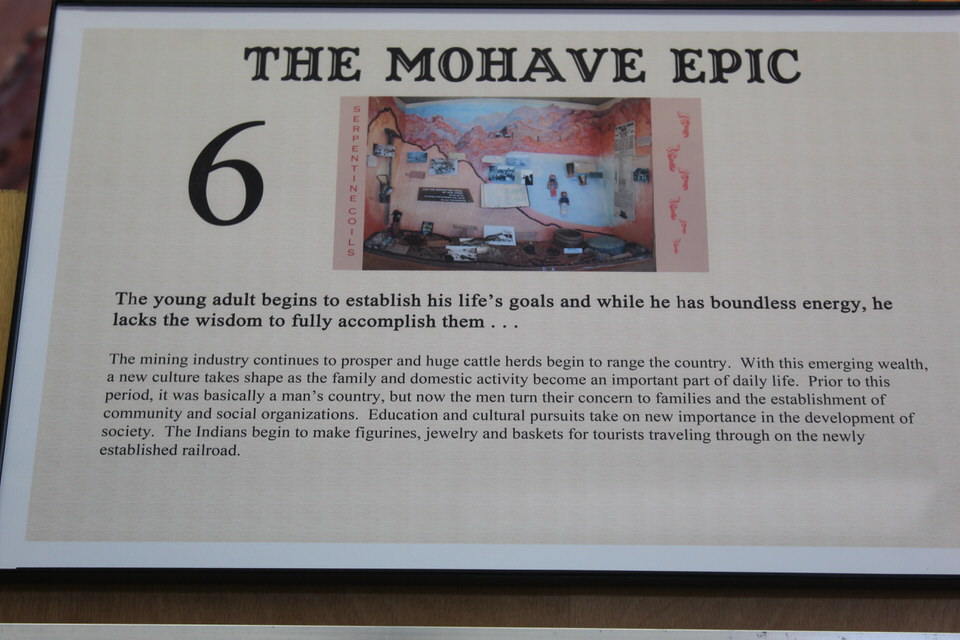 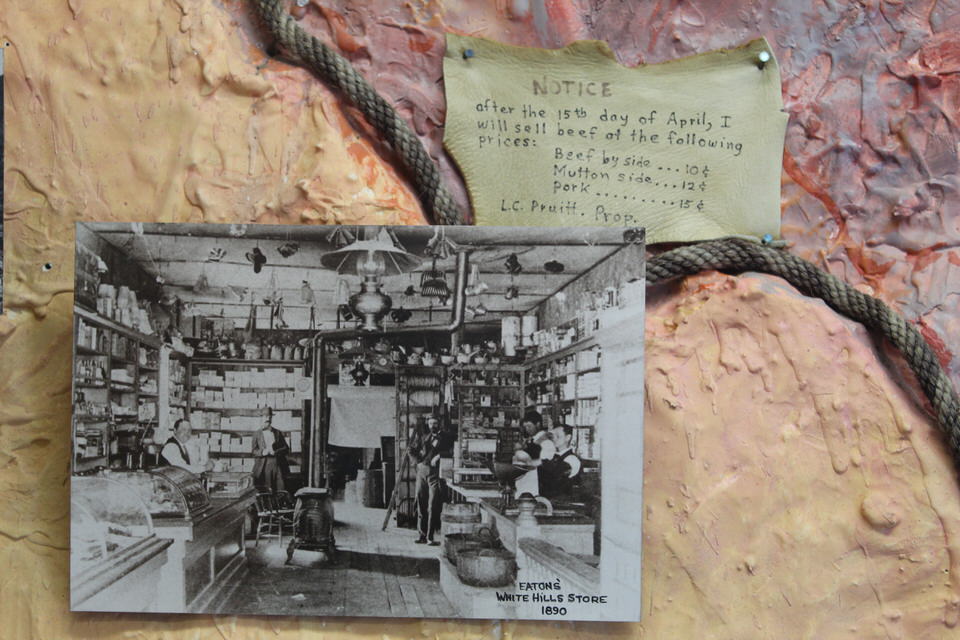 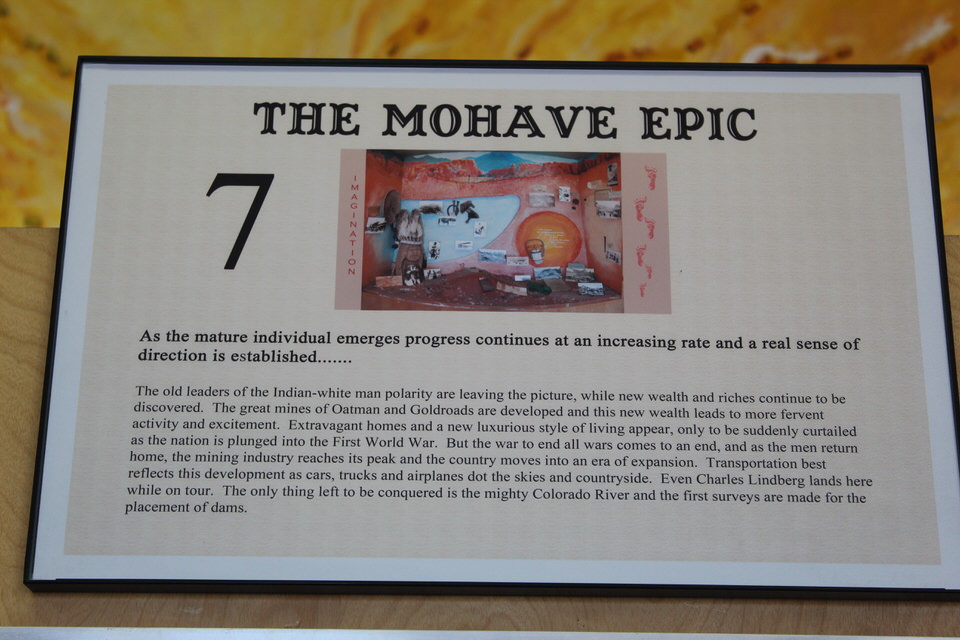 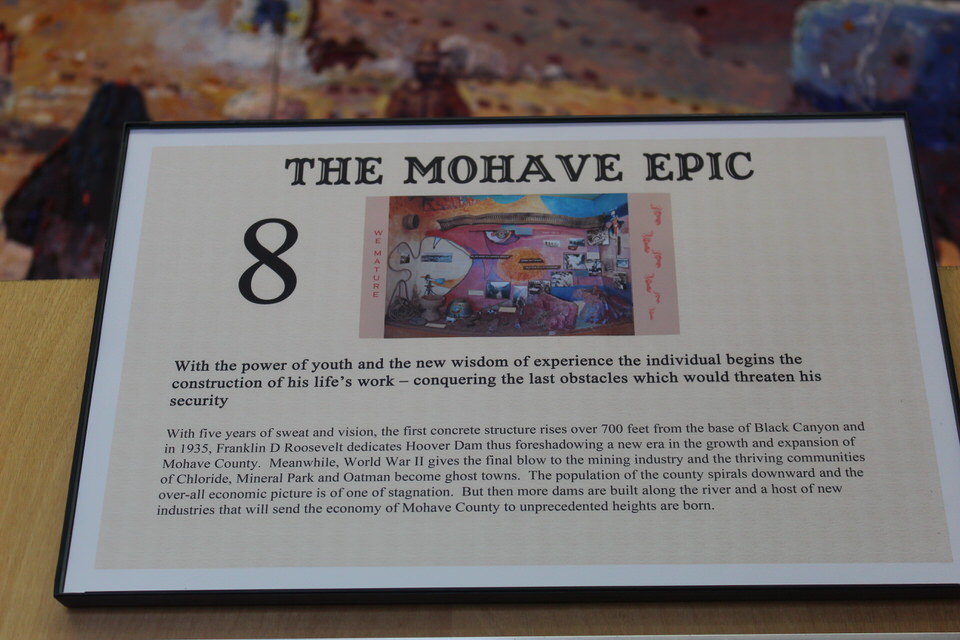 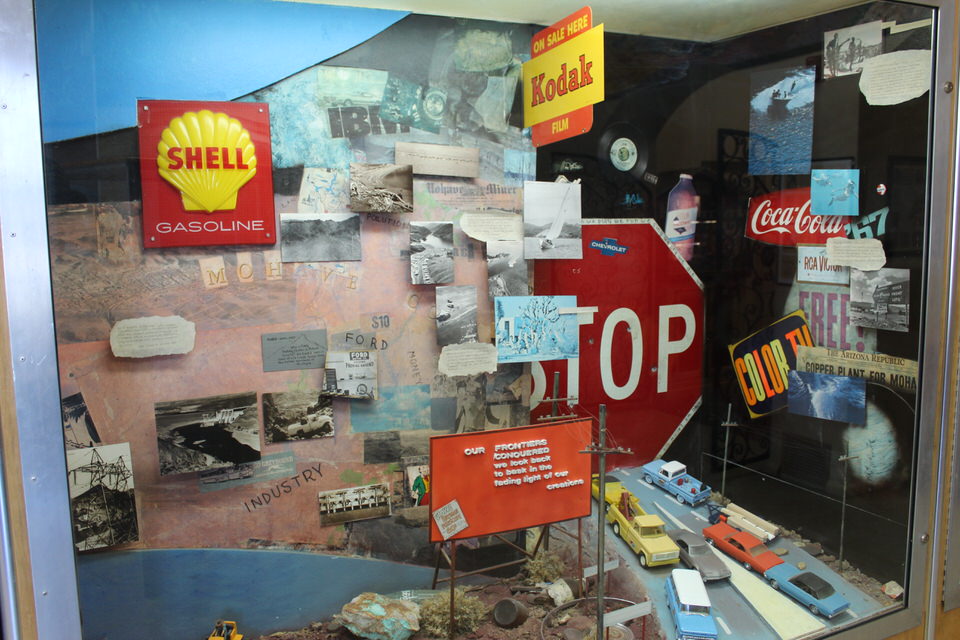 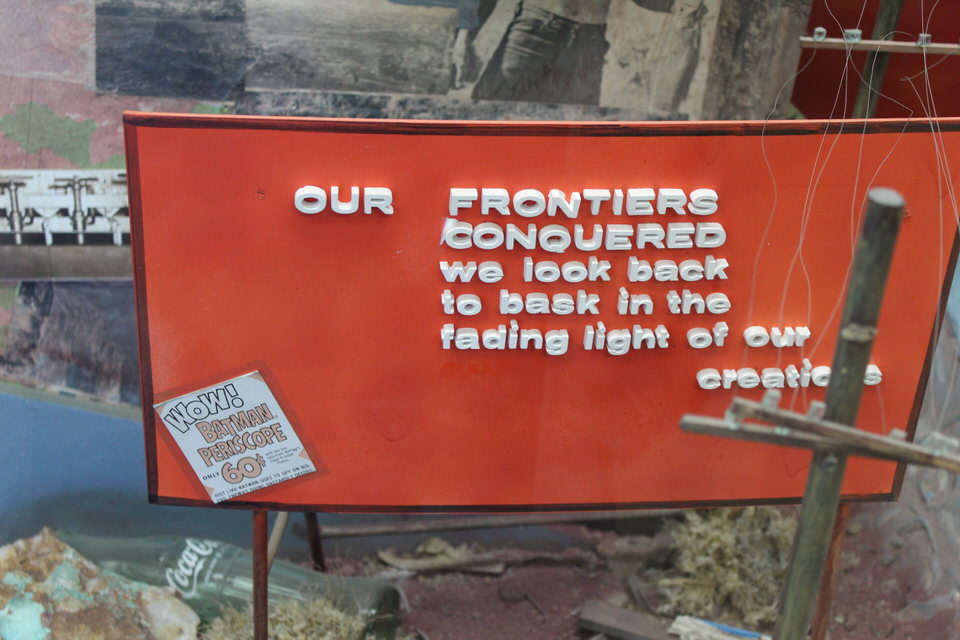 Yes, there is really a proving ground in Arizona.  We’ve even tried to get a tour of the facility but no dice.  It’s closed to the public. 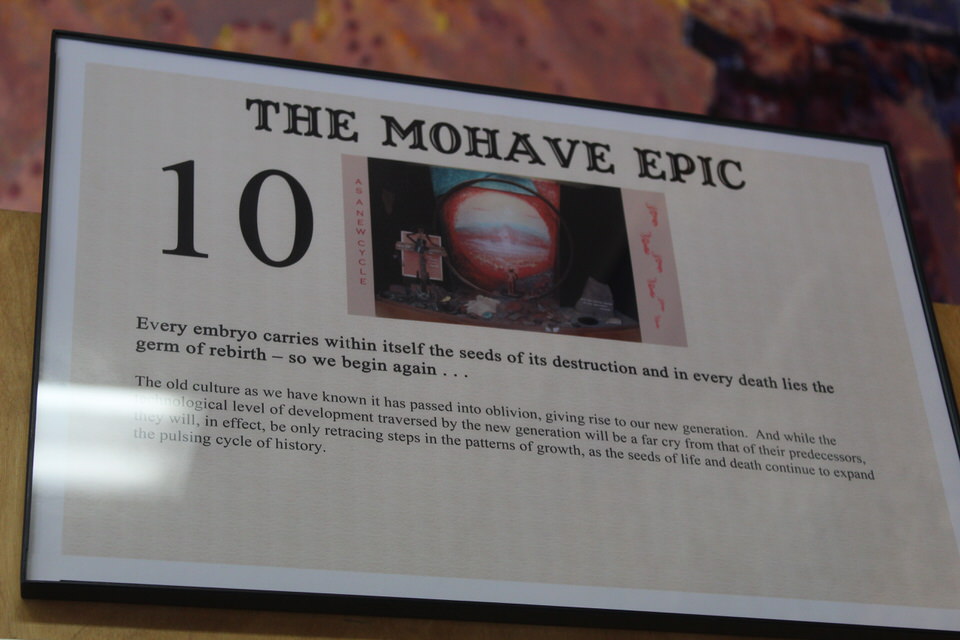 There were other exhibits in this hall. 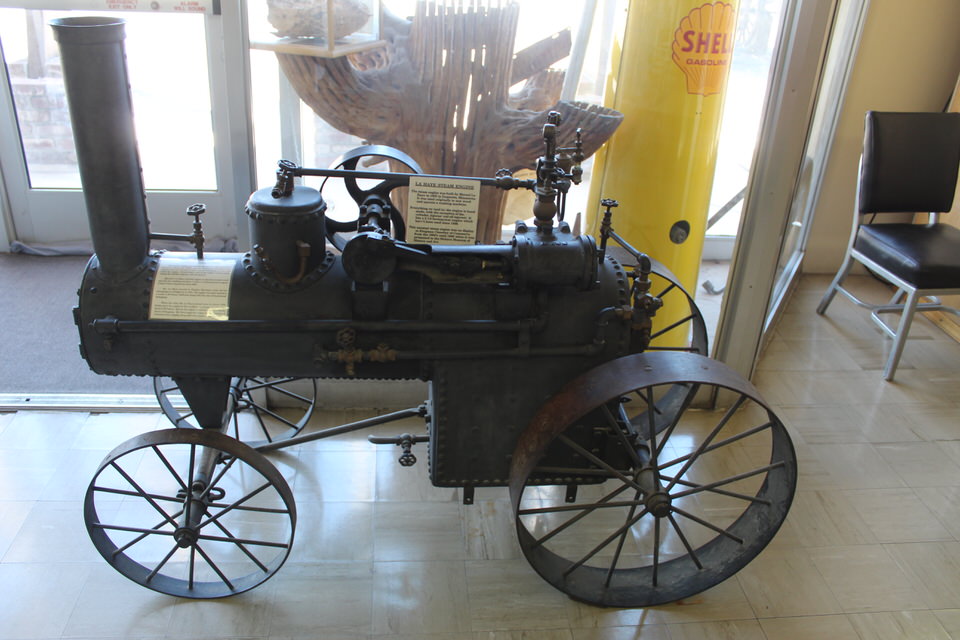 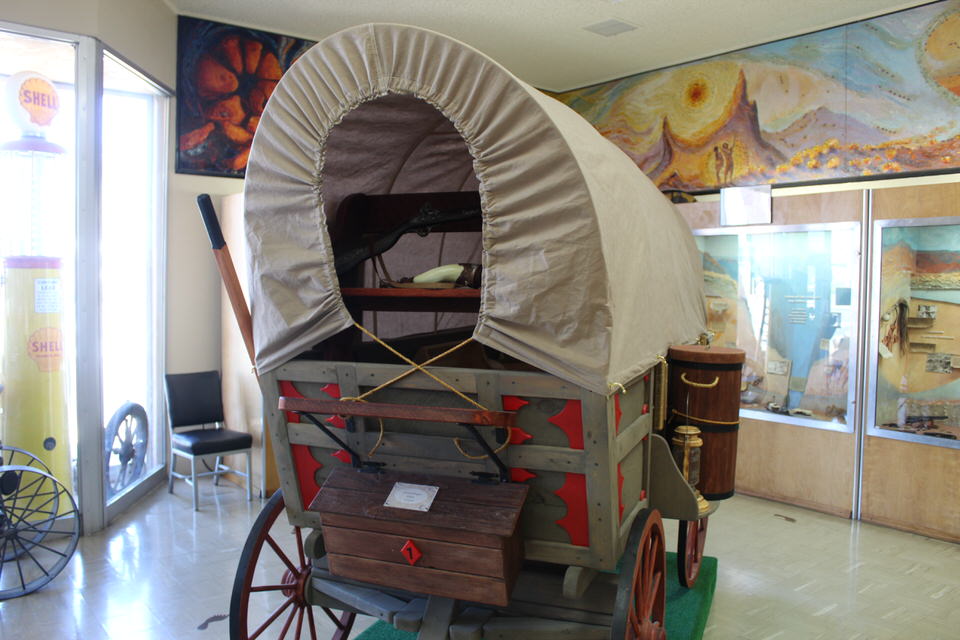 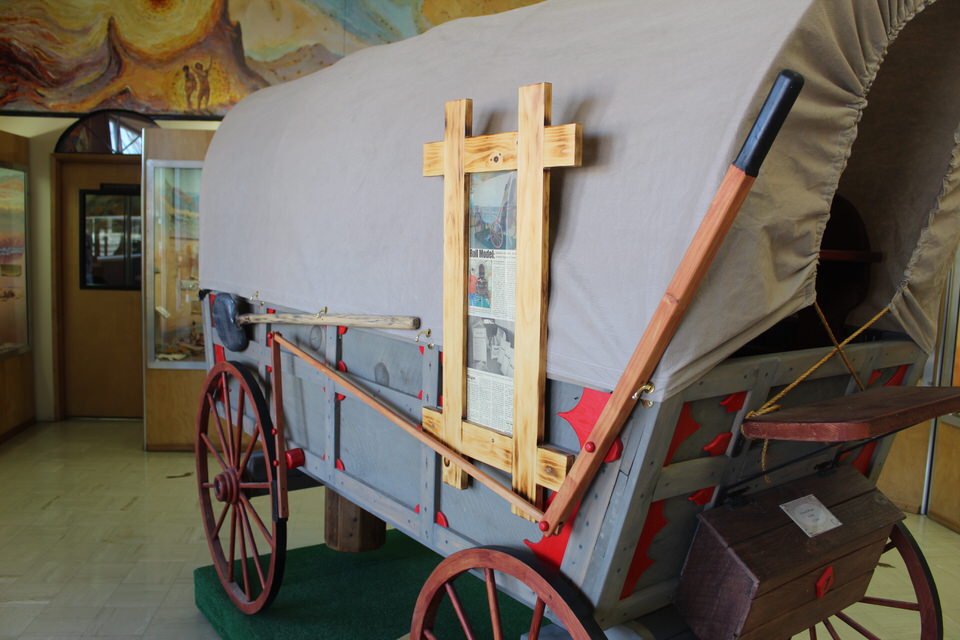 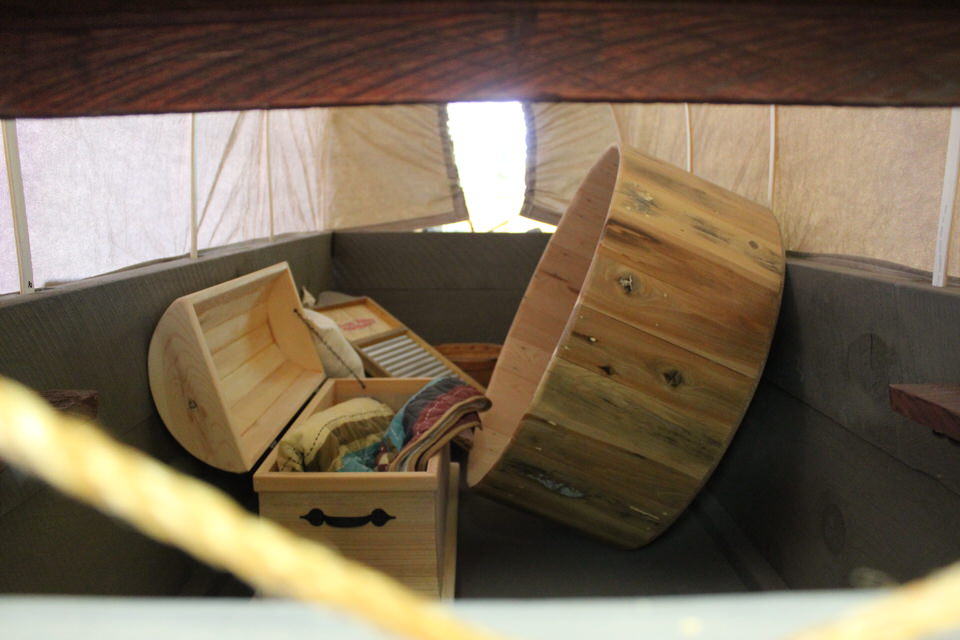 A half scale model of a covered wagon complete with tools and supplies.  It was built by disabled Vietnam Veteran David Savage.

We have several more halls to make our way through but we’ll call it for today.

Our day on The Road of Retirement has now come to an end.  We had another day with record breaking temperatures.  Once again, though, we were cool and comfortable inside of Elvira.  I’ve said it before and I’ll say it again we are two of the most blessed and fortunate people in the world.  God, indeed, has been good to us over the many miles we have traveled, and He has brought us through the many challenges and struggles we have faced along the way.  Yes, God Is Good All The Time!

This says it all for me.

Thank you for joining us today.  We always appreicate your company and comments.  See you tomorrow.