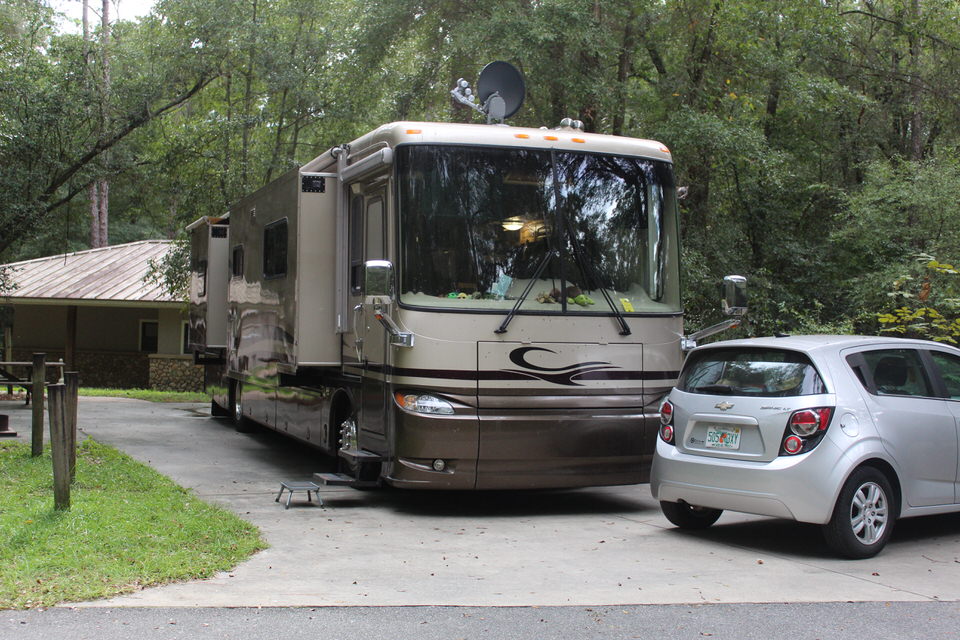 Home Is Where We Park It:  Suwannee State Park, Live Oak Florida

Maybe this isn’t the park for us.  Two years ago when we were here we found ourselves packing up and getting out before hurricane Michael hit the area.  Now, we’re tracking another tropical storm coming in this direction.  As of now it is supposed to go way west of us which is the good news.  The bad news is that we are expecting drenching rains for the next three to four days.

This is a picture of our site.  I was able to upload it this morning.  Again, it is an ADA site, a concrete pad, perfectly level, with FHU.  Look up and you’ll see our satellite antenna valiantly trying to stay connected to the one lone satellite it found the first day we were here.  Here’s hoping it is successful for another few days.

At first I thought the park was sort of empty.  However, our walk around the loop this morning revealed that of the thirty sites here only four are vacant.  All of the sites, other than ours, are dirt and sand.  I’d say we did really well to score the site we did. 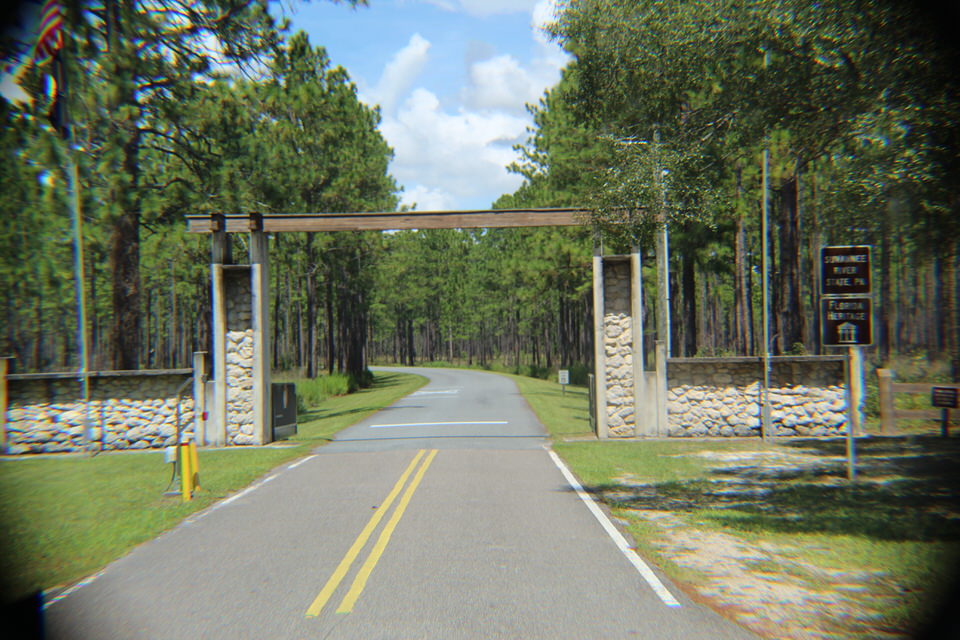 This is the actual entrance into the park.  First, though, you have to go up and over a set of railroad tracks and then you come to this gate.  Unfortunately, they don’t mark how high it is so you just have to figure others have gone before you so you’ll have no problem.

The ranger station where you stop for your registration packet. 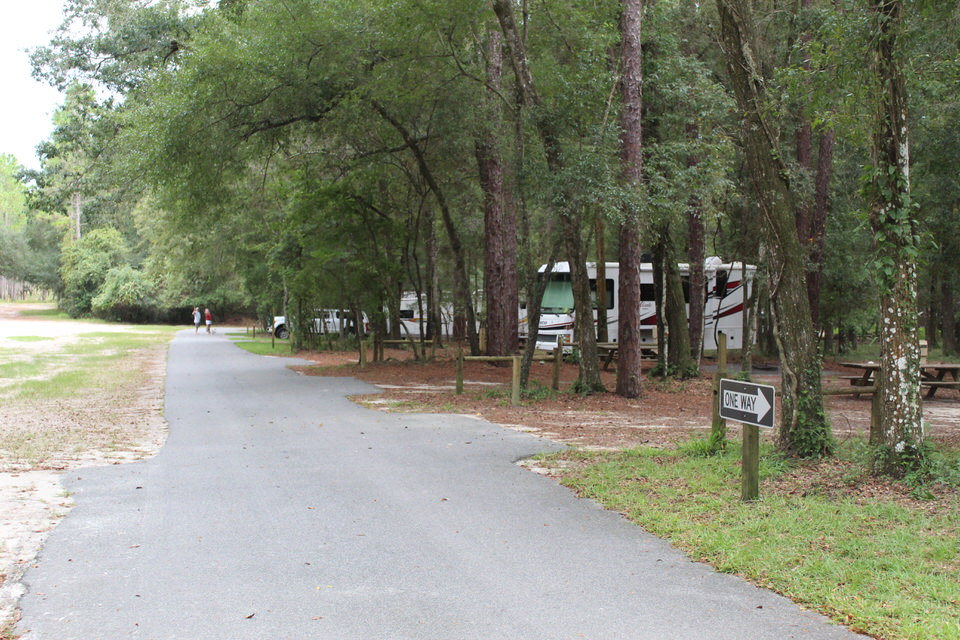 The final part of the loop leading to our site.  There is just one long loop around the park.  In the back here the sites are all on the inside.  In the front of the loop there are sites on the inside and outside of the loop.  As you can see, the park is heavily wooded which would be great if you were here during the heat of summer.  Talking to people the first time we were here I discovered that most people come here to go either canoeing or kayaking.  There are two rivers here that are just great for either.

So another day is finished on The Road of Retirement.  We’ve enjoyed our stay here so far and we’ve been able to get a few things done.  I’ve scheduled our appointment for the necessary front end work on Elvira.  In addition we have an appointment set for our annual maintenance.  Wonder of wonders, I also discovered a five star company in the Sumter Oaks area that makes and installs slide toppers and patio awnings.  We’ll turn to them when it is time to have ours replaced.  Other than that we’ve been playing a lot of Mexican Train as well as watching a lot of previously tapped movies.  Ms. Barbara is cooking up a storm.  And of course, naps are also part of the daily routine.

Thanks for checking in with us today.  We always appreciate your company as well as your comments and suggestions. Keep safe, keep healthy, enjoy the days that God gives you.