So we were up and at it this morning.  No, not that early, but a nice I’m retired and this is the proper time to get up morning.  We had some sightseeing we wanted to do this morning and we really didn’t want to get back home all that late.  Thus off we went heading southeast into the Great Smokey Mountains.

Along the way, somehow, we ended up on a road that never went straight for a good ten miles.  Hairpin curves, twists and turns, up and down hills.  All I kept thinking was, what a blast this would have been on my motorcycle!  Ah, but that was back then this is now and I can’t and don’t really want to go back.  Travel in Graybeard is so much more comfortable.

In due time we arrived at our destination.  A little different from the normal places we go exploring  Yet, this was someplace that got our curiosity up and we had to go.

I don’t believe either of us really knew what to expect, maybe a little hole in the wall, a glorified gift shop, or?  What we discovered instead was a fascinating museum and gift shop that took the better part of two hours to get through.  Let me just say there is much more here than I could ever put in a blog.  So many exhibits, so many displays, and so much detailed information about the Bush company.  I’m going, therefore, to just hit the highlights and share with you some of what I found absolutely interesting and insightful.

This is who it all began with A.J Bush and his wife Sallie – and a dream.  It now spans over one hundred years and is still going strong.  It all began in the little town of Chestnut Hill, Tennessee.   A.J. was a man with ambition, vision and a determination to improve the living conditions of his family and others in the community.  He believed quality was the best policy, and that honesty and integrity were essential to a successful business.

Sallie, it was said, was never in a hurry, never flustered.  She was called on by all in the community during births and deaths, sickness, tragedies and troubles.  She drew on an inner strength and religious commitment equal to her husband’s.

A.J. and Sallie raised four boys and two girls.  It was a large family that at various times included other family relatives, assorted guests and household help.  The boys worked in the fields, the general store, and the cannery once it opened.  The girls helped with household chores, and as they grew older in the general store as well.

Meals, especially on Sunday, were packed with guests.  Fresh garden vegetables, a bit of pork and a slice of cornbread satisfied many a youngsters appetite.  Sallie was well-known for her cooking.

Long before there were Bush’s Baked Beans there was the General Store that A.J. opened in 1911.  It provided him the space in which to carry a broad selection of merchandise.  His brother, Oscar, along with Sallie’s brother, Bert, managed the store.  A center of Chestnut Hill community life, A.J.’s store operated for over 100 years.  It is now the present day Visitor’s Center.

In 1904 A.J. opened a tomato cannery in partnership with the Stokely Brothers of Newport.  By the end of 1908 he had bought out this agreement and Bush Brothers and Company was born.  As to how the Bush Brothers processed tomatoes in 1908

What I learned about the early canning process is that the Bush Brothers first used a canning process called Hole and Gap.  Early cans were originally made completely by hand of tinplate’s.  To make the body, a piece of tinplate was bent into shape on a roller and the overlapping edges were soldered together.  Two round disks were cut for the ends, their edges bent down, and they were soldered to the body.  One disk always had a small hole in its middle.  The tomatoes, or pieces of them, were forced through this hole and then a cap  was soldered over the opening.  Using this process about 10 cans a day could be made.  Automatic soldering and wiping machines ultimately replaced hand-soldering in larger canneries and soldered many cans at a time.

This is a picture of some the early tools used when cans were soldered by hand.  In the left foreground are Tomato Spoons, used to core and peel tomatoes before they were stuffed into the little opening on the top.  In the center back is a blow torch which was used to heat the soldering irons.  In the right foreground is a typical soldering iron.

This is a picture of an early Hole and Cap can that was used by the Bush Brothers.

Not long after the cannery was opened a revolutionary new kind of can made its debut.  Unlike hole and cap cans, these cans required no soldering.  They were closed instead by a machine called a double seamer, named for its unique closing process.  With these cans fruits and vegetables could be placed inside with less breakage and they were also free of the small bits of solder that sometimes dropped into the old cans.  The Bush Brothers soon changed over to this new technology.

As with much of America, the 1920’s were good for the Bush Brothers.  Business prospered and the company incorporated and added two new plants to its Chestnut Hill operations as it expanded its cannery business.

In the 1930’s as America entered the Great Depression the company like so much of the country struggled to survive.  They added Pork and Beans to their product line which proved popular during hard economic times.  They depended in the end on the production of simple foods such as hominy and sauerkraut to make financial ends meet.

In the 1940’s business as for most of America was defined by the events of World War II.  The war brought significant challenges to the company.  These challenges were compounded when A.J. and Sallie passed away soon after the war’s end.  It was the end of an era as both Bush Brothers and American entered a new postwar culture.

In the 1950’s stability and prosperity returned to the company.  They were on the road to becoming the company that they are today.  But one event above all others made the company what it is today.  In 1962 Bush Brothers bought an unused cannery in Augusta, Wisconsin for $35,000.  The facility canned fresh peas as well as dry beans throughout the 1960’s.  But there were many unexpected challenges and

Condon Bush who managed the plant realized that if something was not done soon he was going to be looking for a new job.  That something would turn out to be Bush’s Baked Beans.   They were based on fond memories of family dinners and warm summer days – and a secret family recipe.

The Baked Beans were a hit and sales rose steadily.  This not only helped turn the company’s August facility around, but more importantly, it set a direction that would become increasingly significant in the future.  It would encourage the company to try other items of the same nature throughout the 1970’s and 80’s.  It began the journey towards producing more of what would come to be called table ready items.

That then in a nutshell is the story of the Bush Brothers and their now famous Baked Beans.  As I stated in the beginning there is so much more that could be told, so many more pictures that could be included.  But time now for some of the whimsical stuff we did while there.  Like me in front of the giant can of baked beans.

Or how about finding out my weight in beans?  Yup, in beans not pounds.

The day was not over yet, however.  Attached to the Museum is their own cafe.  We wondered, what would we find here?   As we were standing there mulling over whether to go in or not for lunch, a woman leaving said You just have to have the open face roast beef lunch.  Oh, it is so good.  That did it, in we went for lunch.

This is part of their regular menu.

Here are the specials for the day.

Here is the Open Face Roast Beef Sandwich.  Oh it was so good!

Then after lunch walking to the car I discovered this.

Talking to the owner I discovered that it was a 1955 Chevy Fleetside with a big block 5.3 cubic inch Chevy engine, automatic transmission, and a complete air ride suspension.

He and his elderly mother had just driven up from North Carolina for a bit of lunch!

That then was our day.  Fantastic from beginning to end.  Oh, we did make one more stop but that will have to wait until tomorrow.  Thanks for joining us on the The Road of Retirement.  We hoped you enjoyed your journey with us.  I know we had a great time, made even better by the fact that we traveled together, singing our song, side by side.  As I bring this to and end once again something for each of us to ponder and think about: 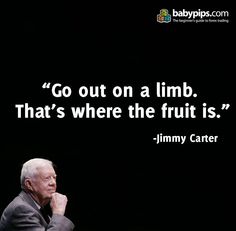