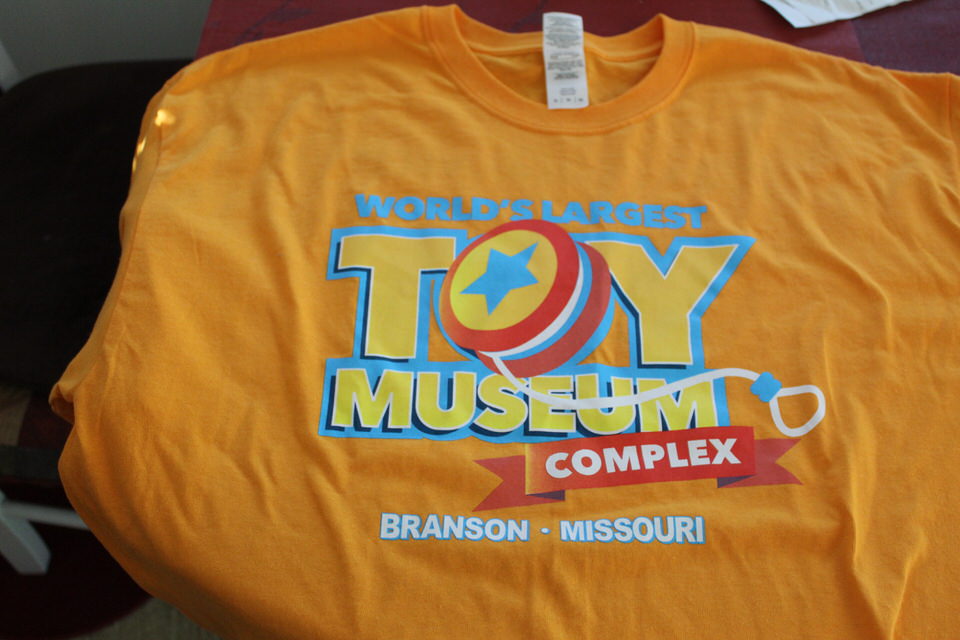 Today would be another first for us.  We were going to another museum but none like we had been to before.  All we knew about it was from what we had read on line.  It sounded good so why not since we didn’t know when we would be back in this area.

Up and dressed and off we went.  First stop was at McDonald’s for breakfast.  That finished we continued on our way.  Within minutes there it was and now having been there I can honestly say that line about Over a Million Toys is not lie!  The Museum began in  1988 in West Texas when Tom and Wendy Beck bought The Don Bauer Toy Museum.  After adding extensively to their collection they made the decision in 2001 to move to Branson, MO.  A building was obtained to house their new to Branson toy museum.  They continued to search out new additions, donations were accepted, and soon they were out of room.  To make a long story short, the building next store became available and was added to the original building.  Today it is the largest toy museum in the country. 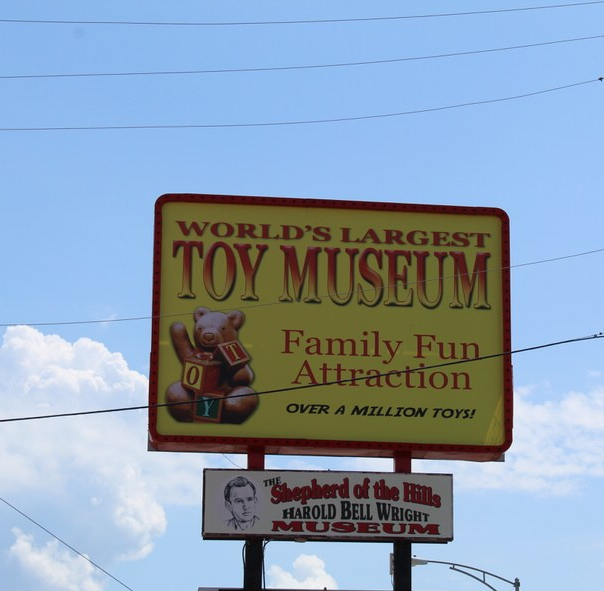 Before you even get inside you’re treated to some neat sights. 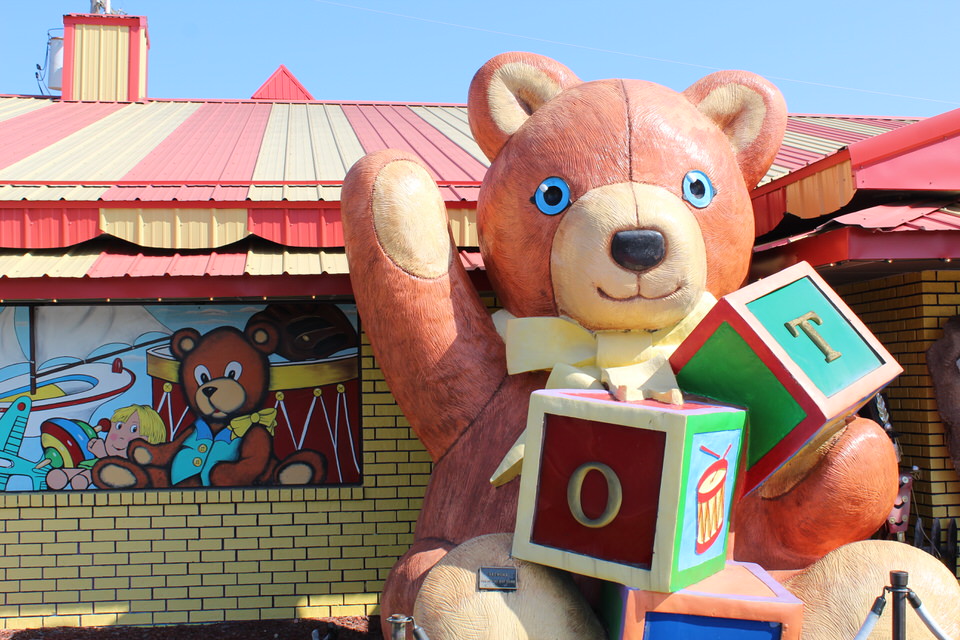 Come on, we’re going to tour building one today.  You’ll love it.  You’ll also probably find yourself saying time and again as we and so many others did I remember having that toy!

This is the lobby.  Here are two ready to greet you. 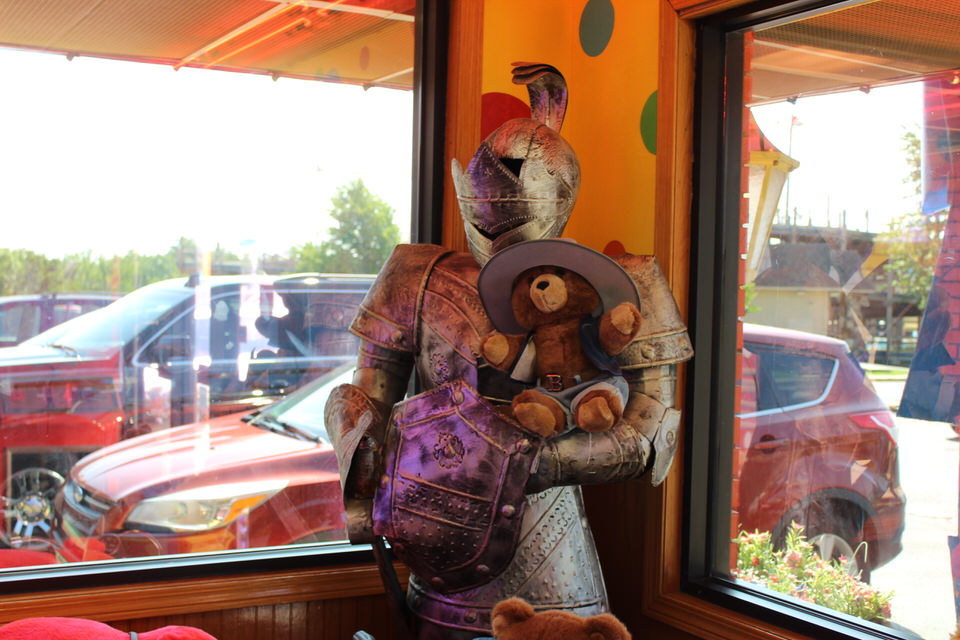 This guy will help too. 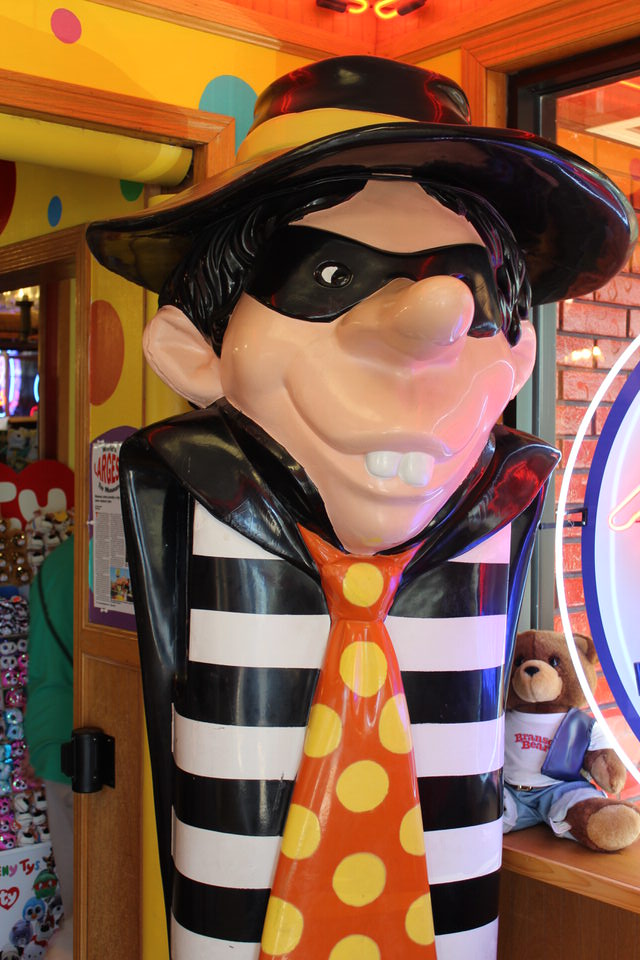 Even the rug is kind of special and one off.

Before you even get to the hundreds upon hundreds of toy display cases we find Micky and Minnie out for a spin.

I know we’re here to see toys.   So toys it will be from here on in.  We’ll start with cars tonight and after that, well after that just you wait and see!

A display of vintage race cars.

Look what I found in the one display case.

There was a display case devoted to the cars of NASCAR.

Who doesn’t love buses?  Looking at them brought back memories of driving a school bus for some 15 years.

Who doesn’t love Hot Rods?  There was my 1952 Chevy with a small block V8.  The days I worked at the drag strip.  Now those were interesting days. 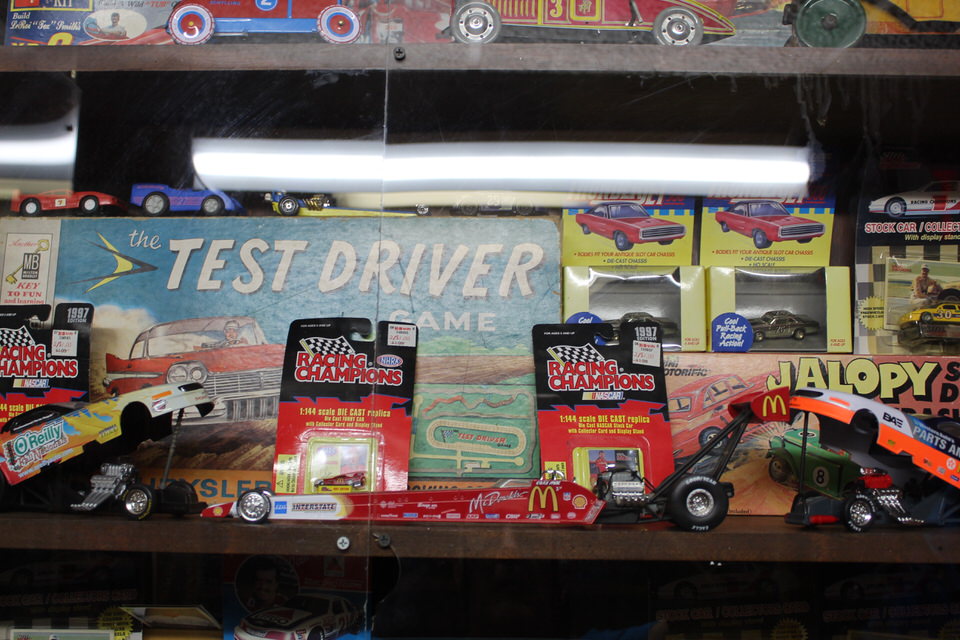 Remember Hot Wheels?  They zoomed onto the scene in 1968 and were an instant success.  Decked out in flashy colors and decorated exteriors kids couldn’t get enough of  them. 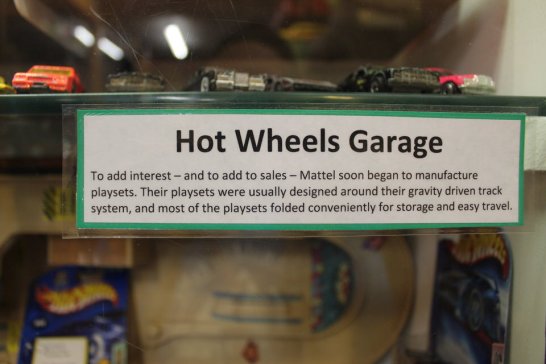 Anyone out there ever have this?  They were one toy makers response to the Hot Wheels Cars.  Their claim to fame is that they were faster than any other die cast car at the time.  They had a small hook under the front bumper so that they could be propelled by a lever driven catapult.

What toy collection would be complete without a motorcycle or two? 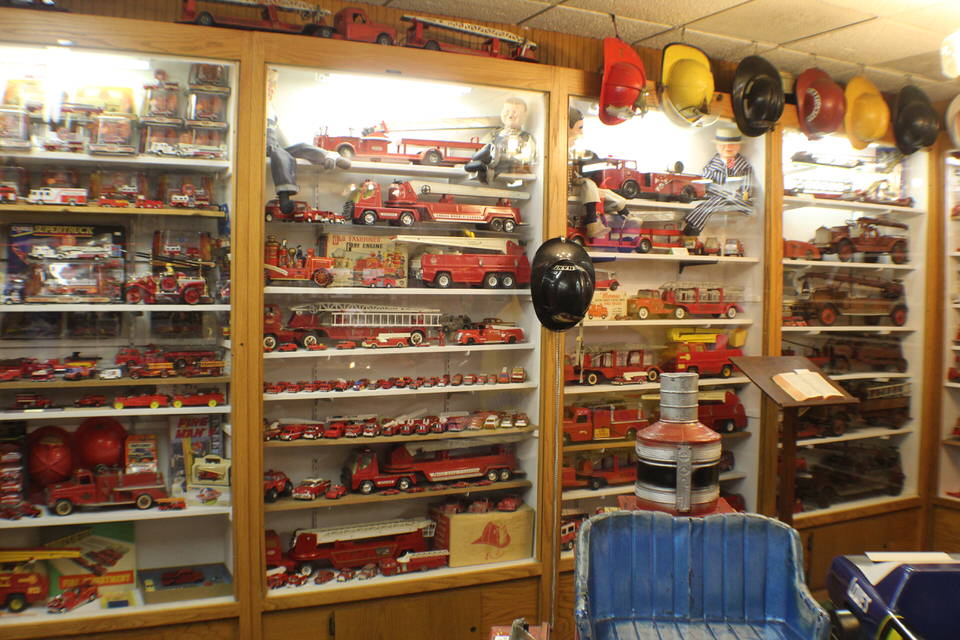 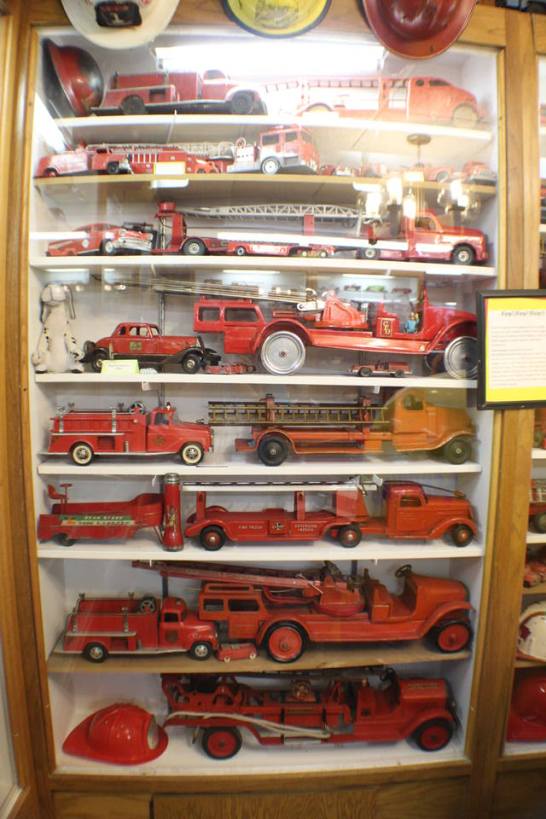 When I came upon this display I thought immediately of my son, Adam. 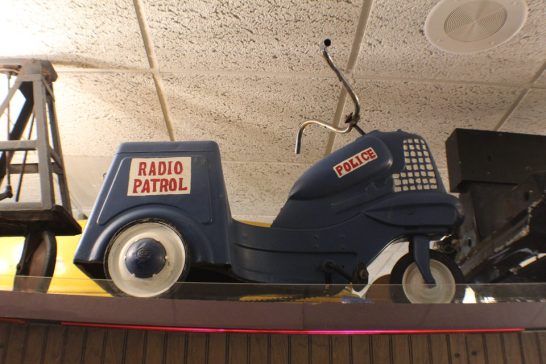 Then there were trucks, all shapes, sizes, makes, and models. 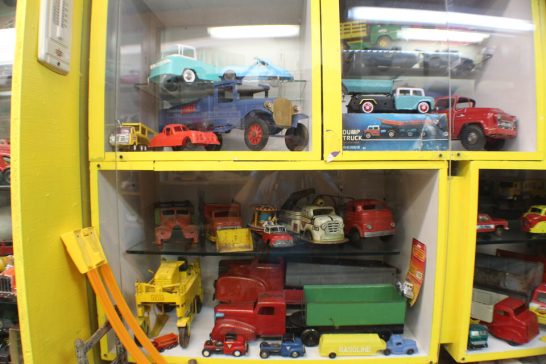 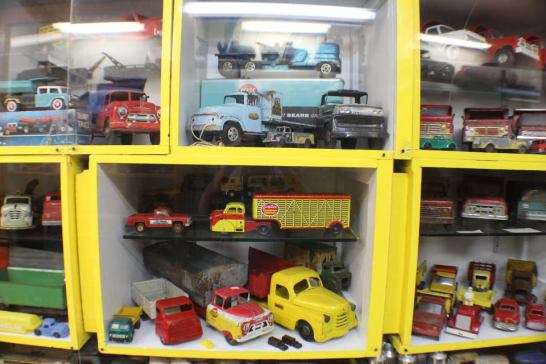 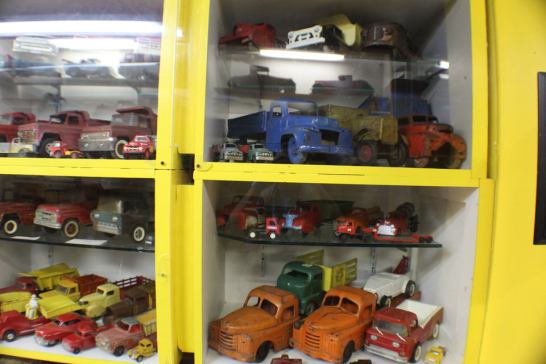 I used to have an extensive collection of Hess Trucks. 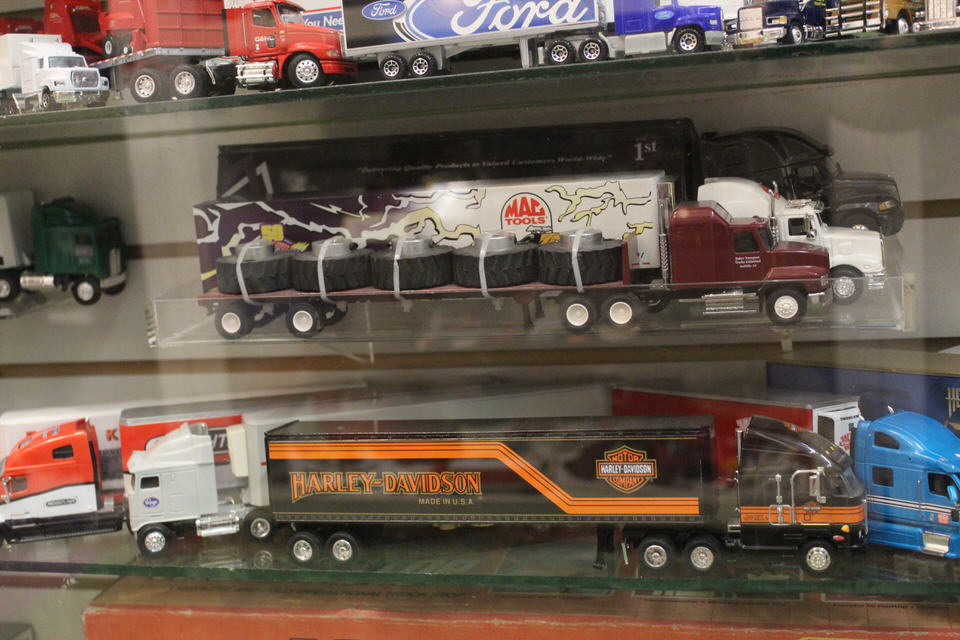 Remember these?  I had one or two as a kid. 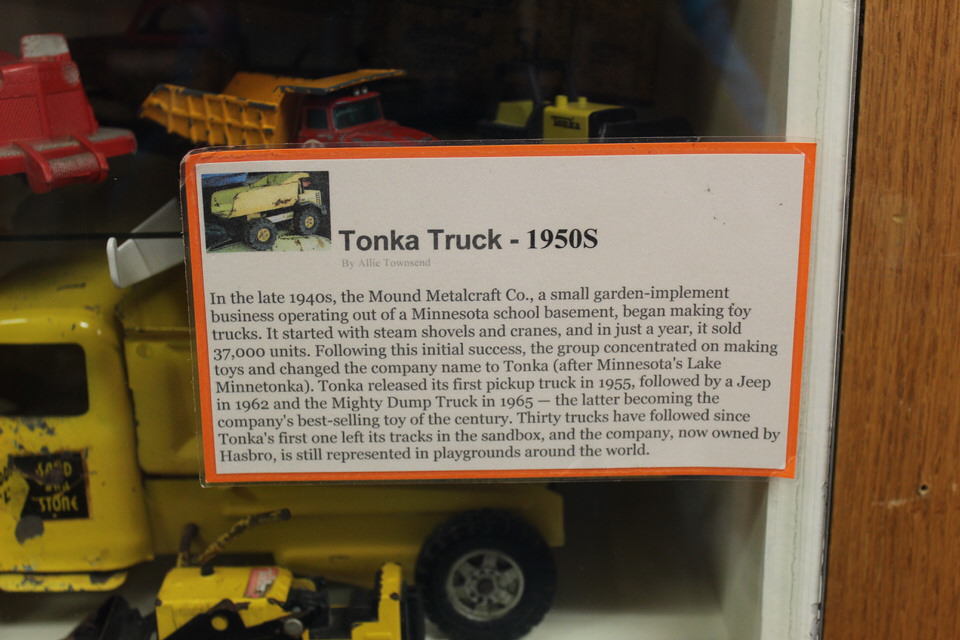 Sure can’t forget the RV’s

Tonight we’ll end with this, some of the toys that Barbara recognized as once having. 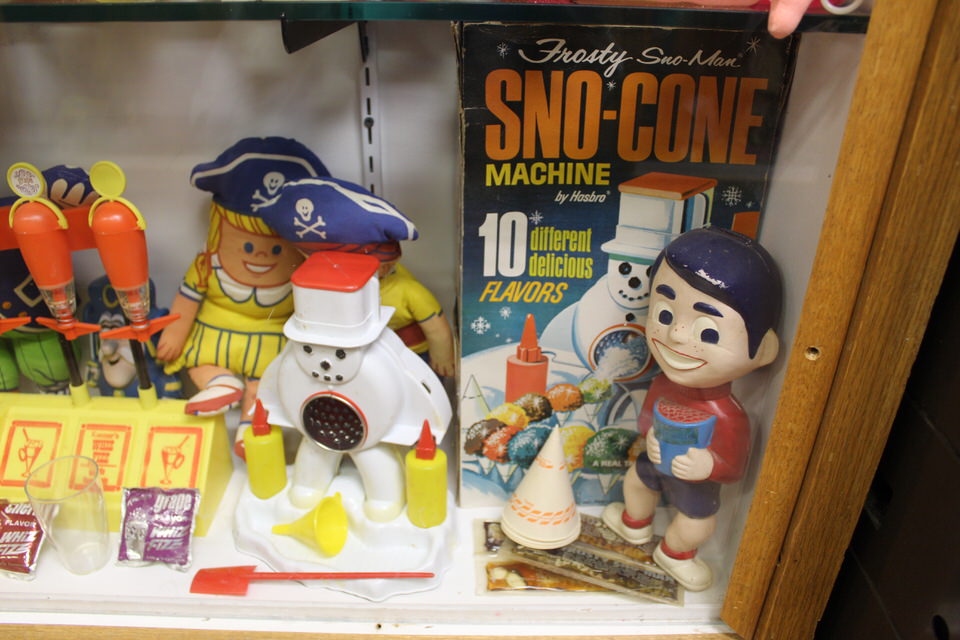 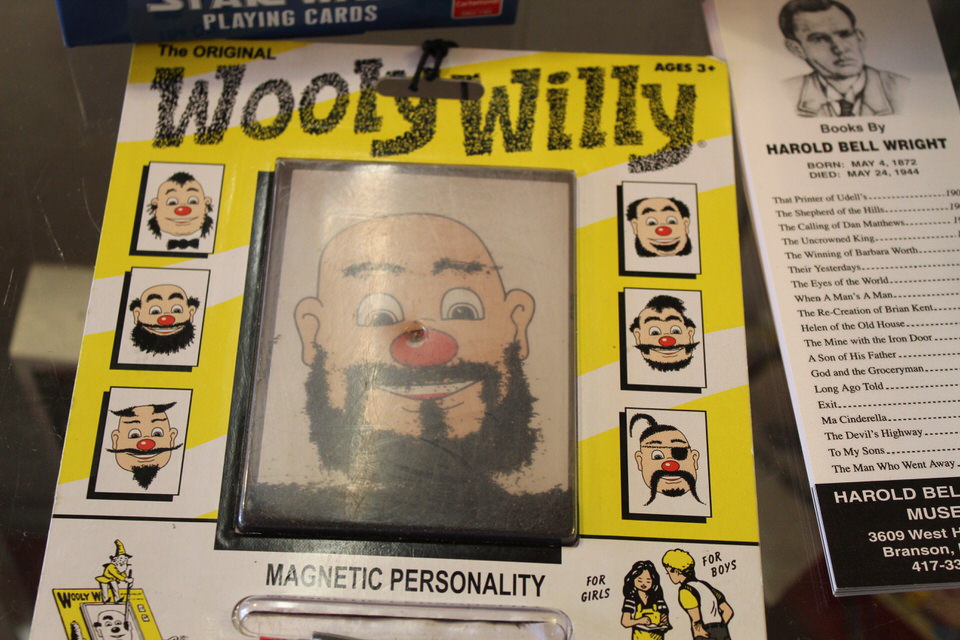 In this picture the arrow points to the doll that she once owned.

OK, we’re going to call it for tonight.  More to come tomorrow.  I promise no more automobiles.  We’ve got a wide variety of toys to view tomorrow.  So stay tuned.

Oh, if you’re wondering I sure did get a new T-shirt.

That was our day on The Road of Retirement.  We had a wonderful day in a really fascinating place.  Like I said wait to you see tomorrow what else we discovered.  We went expecting to spend only about an hour, well that one hour turned into four before we left.  Honestly, I don’t believe we saw it all even in that time.

Thanks again for coming along with us.  We always appreciate your company and your comments.  Catch you tomorrow.