We awoke this morning to a cold but beautiful day with crystal clear skies.  The

temperature was 38 degrees outside but inside we were warm and toasty.  Last night I decided to run the furnace since I hadn’t done so in quite some time.  No time like the present to make sure it is working.  It worked like a charm.  It doesn’t provide quite the heat that the heat pump does but it is effective enough to get the job done.

Today was another work day so it was up and out the door.  We layered up with sweat shirts, jackets and gloves.  It was my turn to police the main nature trail so off I went. 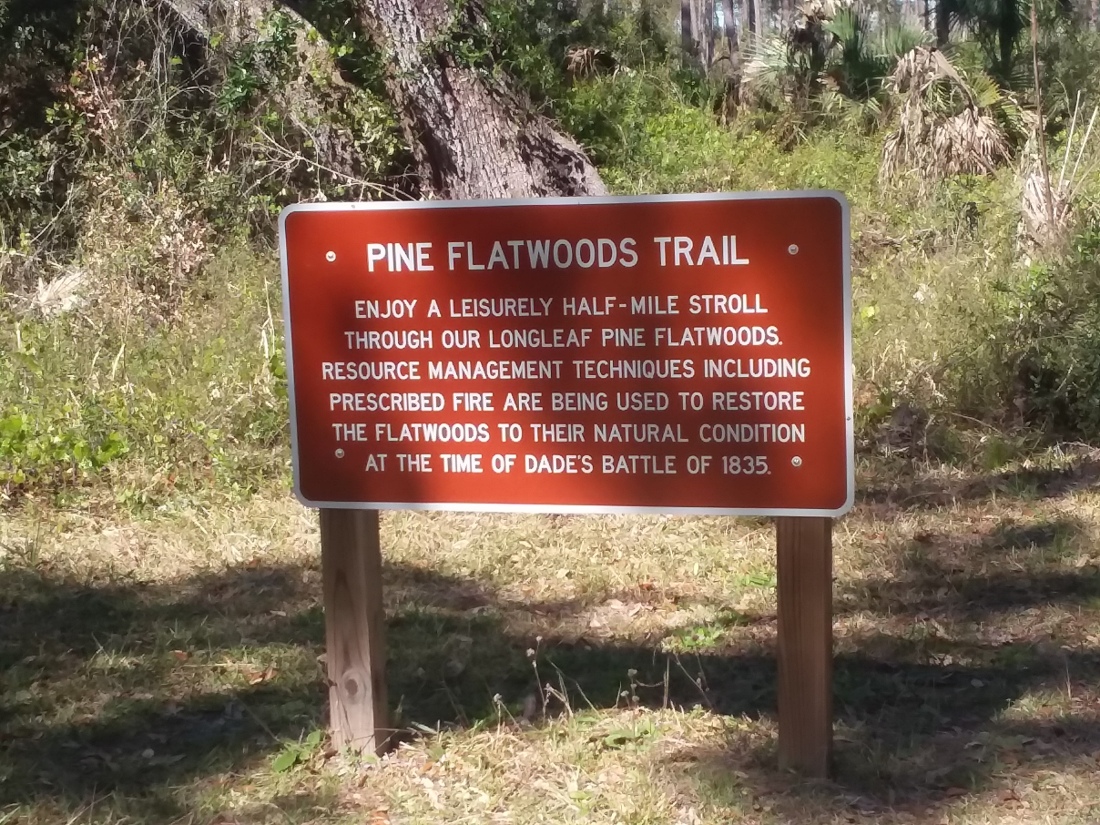 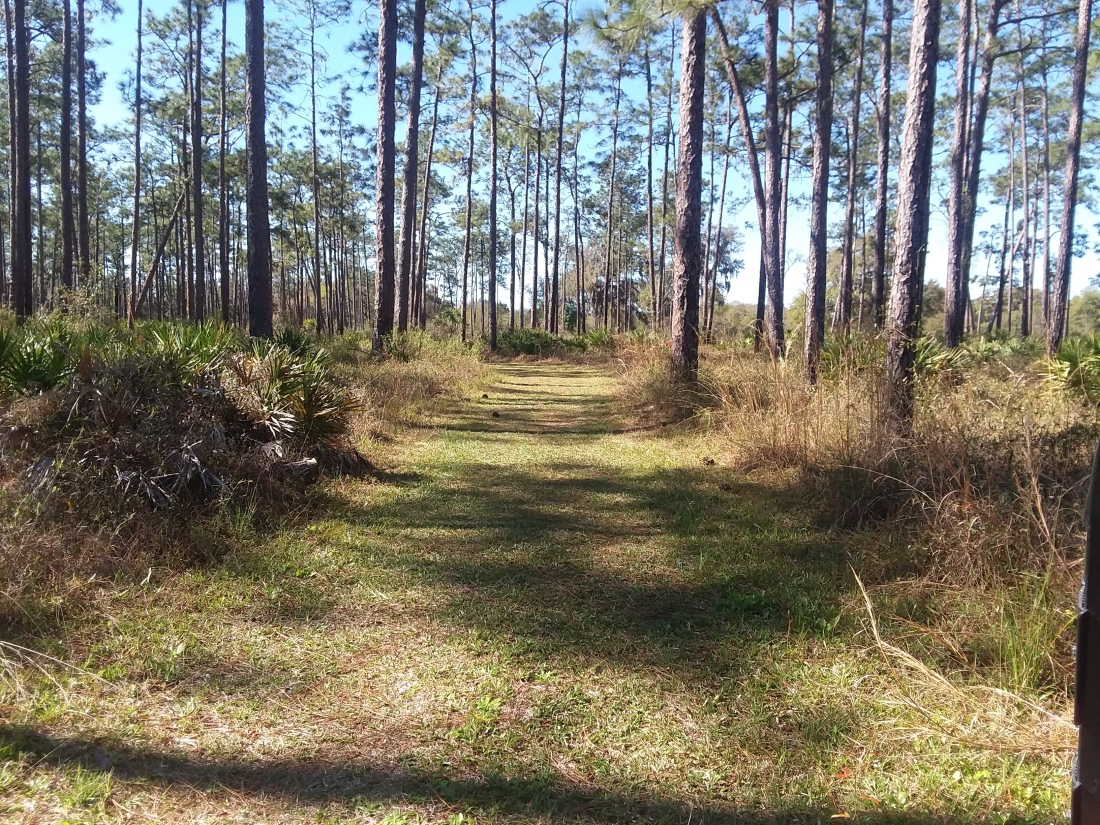 This is one of the first signs you see along the trail.

And the ferns themselves.

There are benches along the way if one wishes to sit and rest or read or whatever. 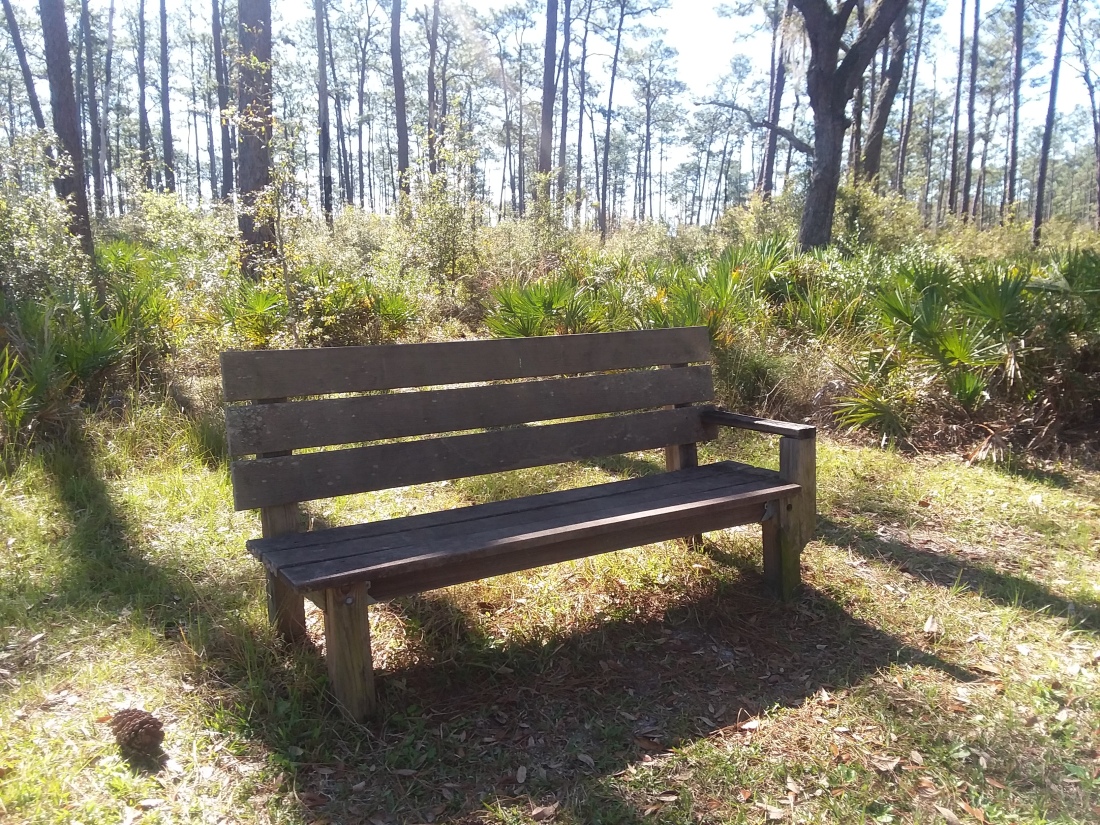 A sign that tells the benefits of a controlled burn. 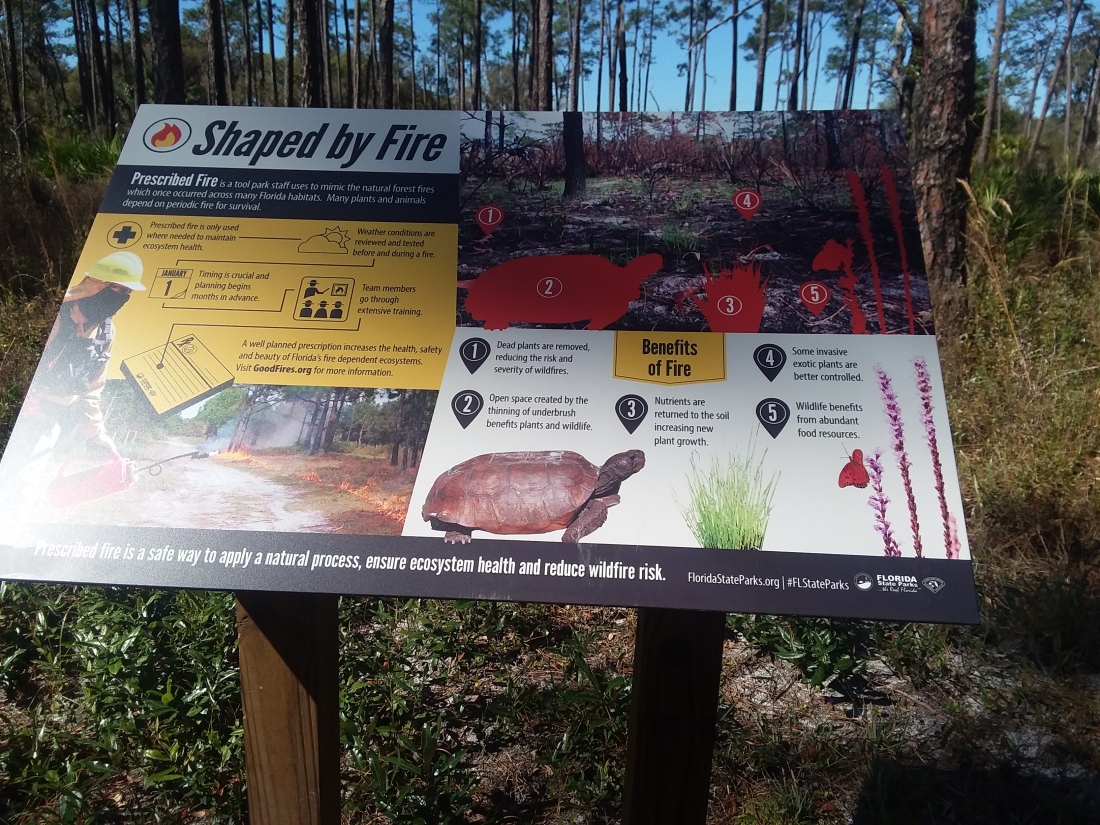 And a sign that reminds one and all of who really lives here.  Unfortunately I didn’t see one today.

That was work this morning.  Oh yes, I did get to cut the grass around Graybeard.  It was getting high enough to hide the tires – not really but you get the idea.

As for Barbara she spent the morning in the entrance booth since there was a class being held in the Lodge today and people were coming in by the one’s and two’s .

After work we both took showers and napped for a couple of hours.  Then late afternoon it was over to Steve and Patti’s rig to play Mexican Train.  We played outside at the picnic table as along as we could before the cold and the bugs put an end to the game for the evening.  We’ll hopefully finish the game tomorrow afternoon.

That was our day on The Road of Retirement.  We again enjoyed it from beginning to end.  Thanks for coming along with us and we’ll see you again tomorrow.