We were not on the work schedule so we were in no rush to get up.  On the other hand Marti decided at 5:30 am that it was time to go out.  Guess who got the privilege of taking him out?  Once I was up, unfortunately, I could not get back to sleep.  Oh well, that’s what they make naps for during the day.

This morning was much better temperature wise.  It was in the mid 50’s and the sky was clear.  It was the promise of another great day and that is exactly what it turned out to be.

Breakfast was first on the agenda.  A big stack of peppermint pancakes with sausage.  There was also a cup of juice and a couple of cups of coffee.  Oh so good indeed!

Then we watched a 2 hour Matlock special.  I was bound and determined not to get sucked in but after 15 minutes I was done in.  It just seems to happen that way.  It was a good one and we both enjoyed it.

First order of business was installing my gold-plated piano hinge with two springs on it. 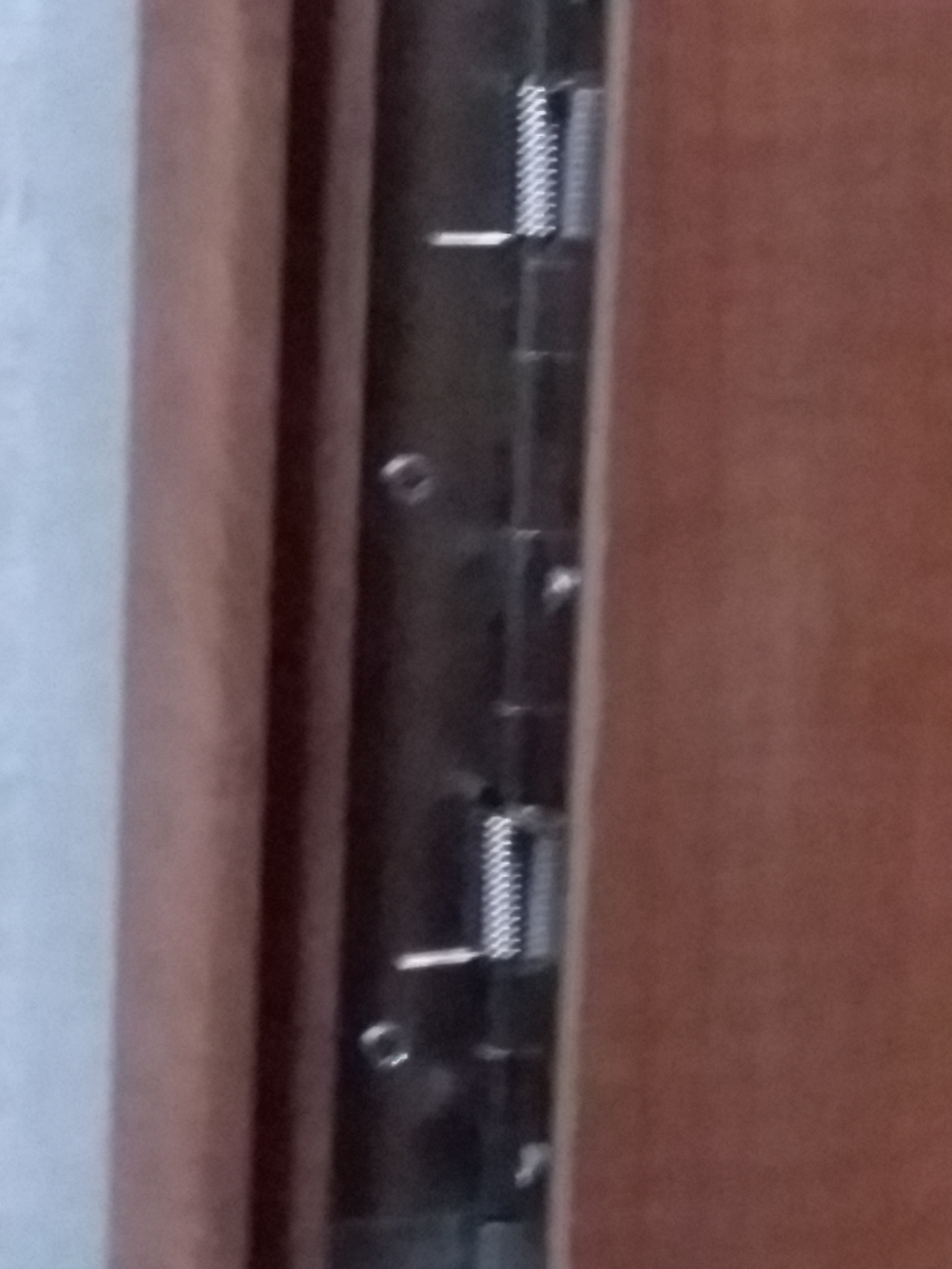 I refuse to divulge the price of this 6 inch piece of hinge but suffice to say it was insane.  Anyway, the bathroom door now works as it should.  I guess that counts for something.

Time now to move outside and begin cleaning up the storage lockers.   It seems when you stay put in one park too long things just seem to get thrown in.  At least with me that’s the way it goes.  That will not work once we get on the road.  Everything needs a place, and a place for everything.  So I went to work cleaning and reorganizing storage lockers. 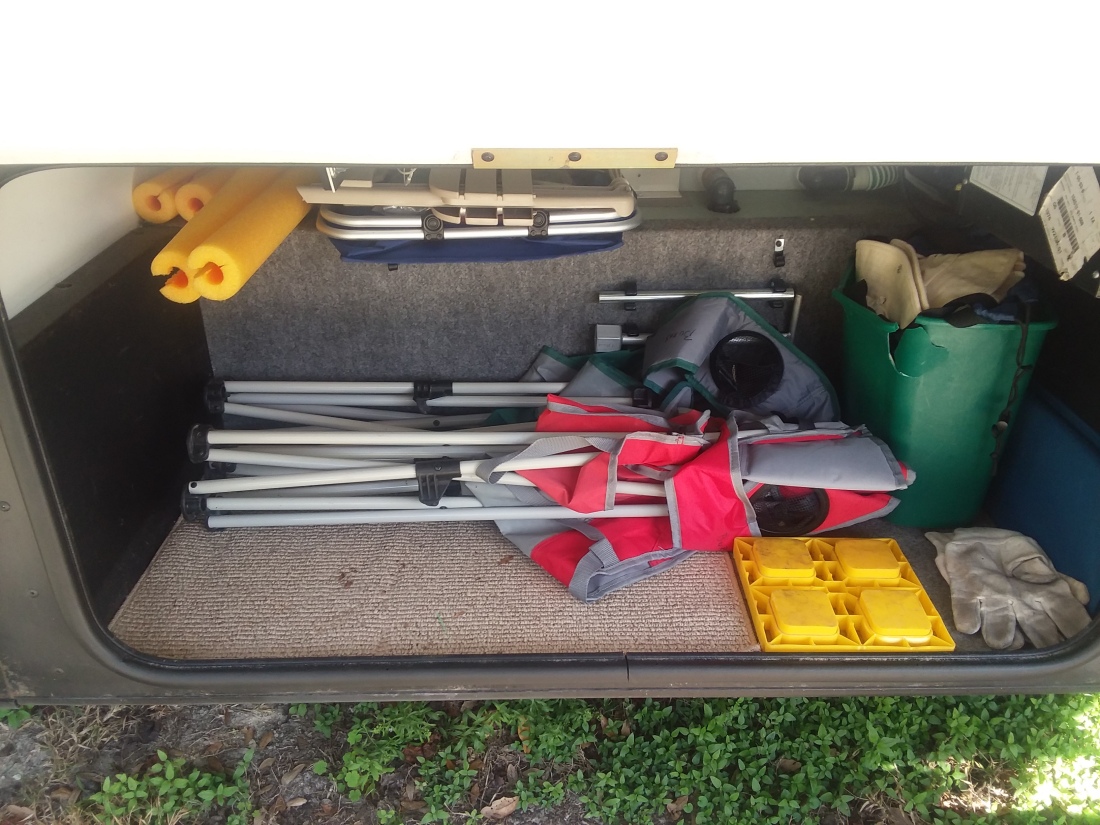 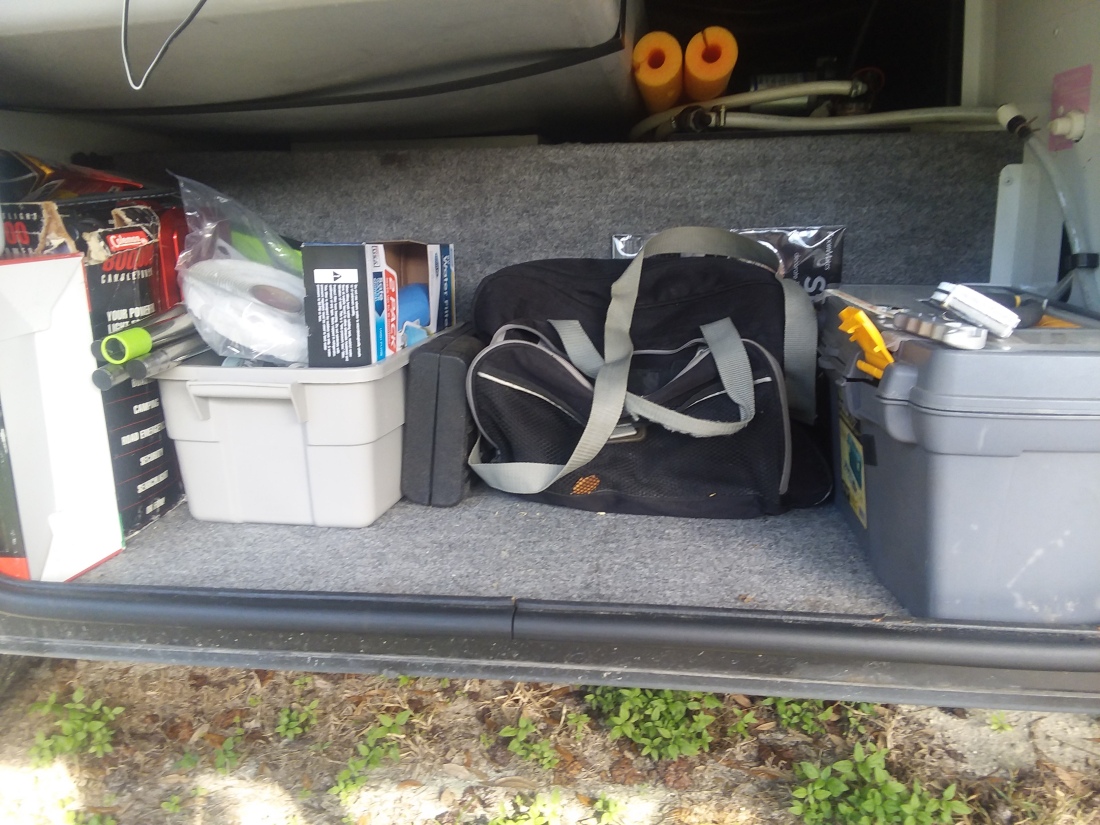 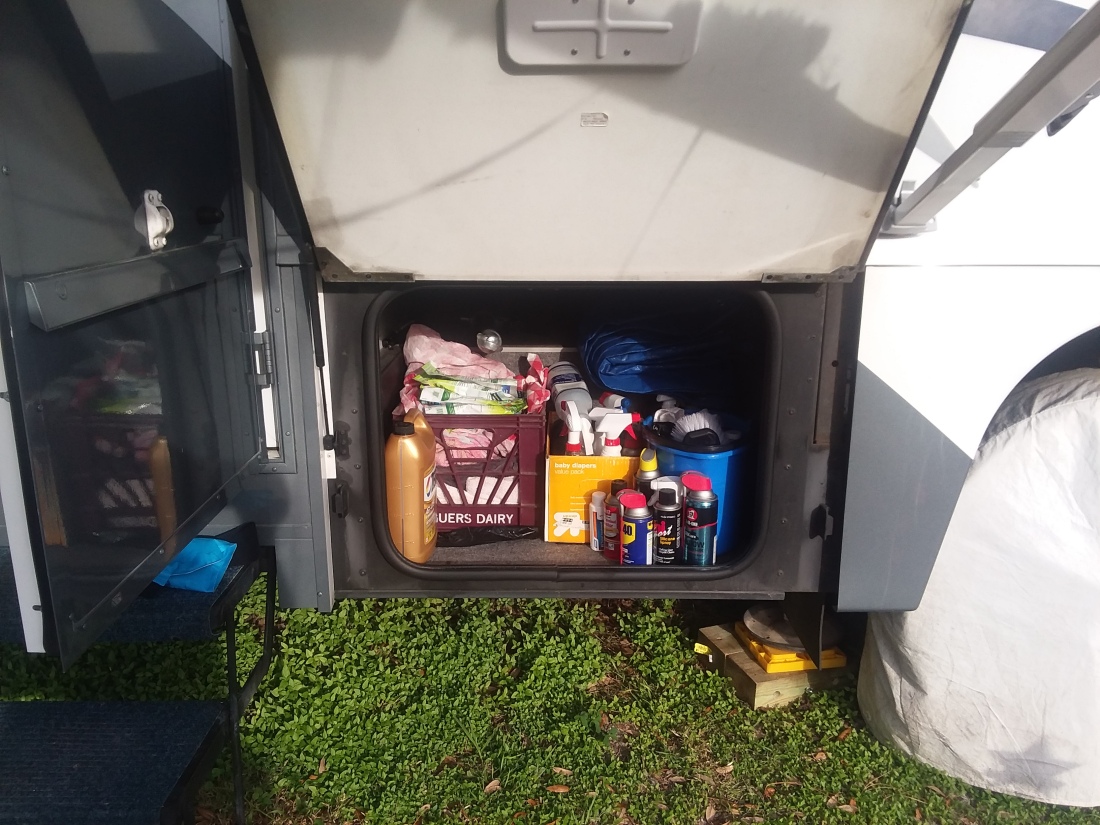 These are the three on the starboard side that I finished today.  Port side tomorrow after work.   Can you guess that I’m getting anxious to get going?  You had better believe it!

One other item that needed attention.  They have a crazy system here for the sewer at each site.  Your tanks dump into a sump which contains a pump which in turn then pumps it to a central location and then onto the leech field.  When I went to dump the tanks I’ve learned from experience to always try the gray tank first – why?  Because of exactly what happened again today.  The sump filled but the pump failed to work.  I tried all the tricks first that worked in the past.   Let’s see, breaker off and on, no go.  Reset the ground fault outlet, no go.  Pull the plug and try another outlet, no go.  It appeared I was going to have to dig the pump up and replace it.  But first I decided to try a time-honored fix, hit the cover of the sump which contained the pump real hard.  Bingo!  Got it working.  My guess is that the float was stuck.  Dodged a bullet on that one.

While I was doing all this Barbara was getting our taxes ready for our accountant.  This will be the last year we will need him.  Last year we had a couple of twists and turns in terms of income so we both believed it would be best to have an expert take a look.  Now we sit and wait, will we owe?  Will we get a refund?  Inquiring minds, our minds, want to know and as soon as possible.

Time to call it a day.  After all why do today what you can do tomorrow.  So with the sun 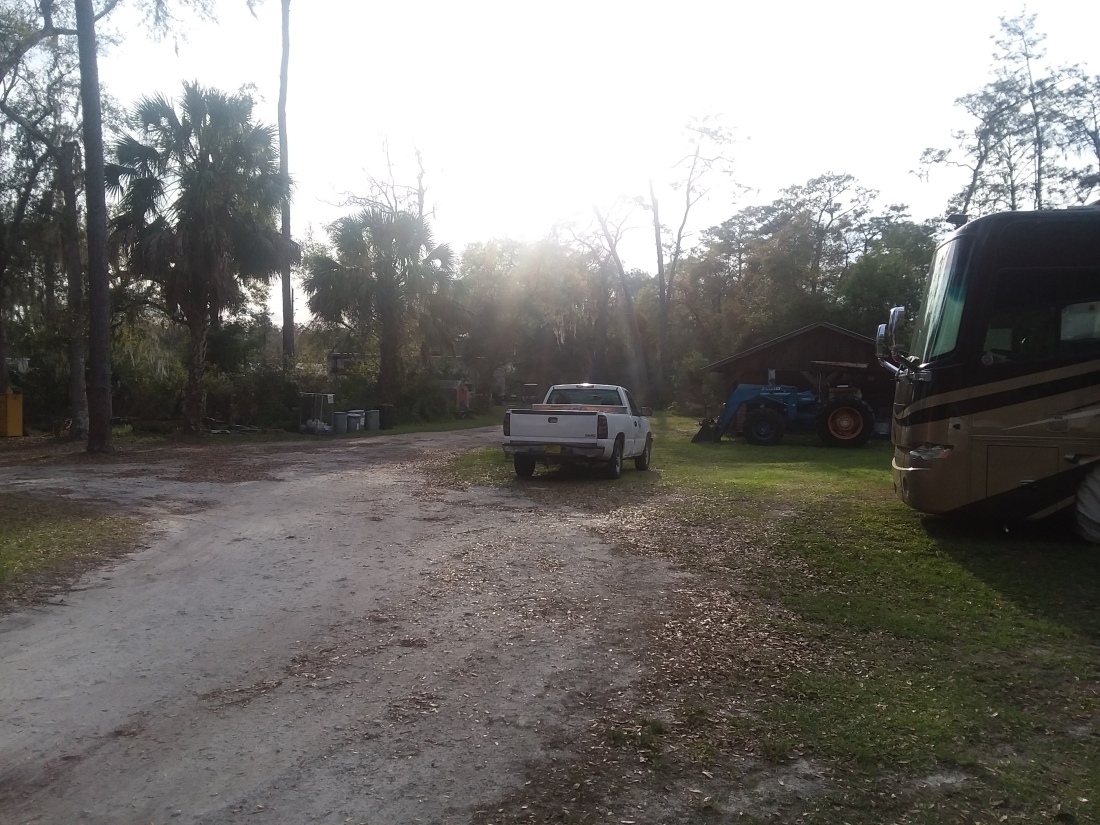 setting at the far end of the park it was time to go in for supper and our two favorite shows, Jeopardy an Wheel of Fortune.

That was our day on The Road of Retirement.  We managed to accomplish quite a bit without overdoing it!  I like it that way.  The most important thing as always is that we enjoyed the day together.  Two peas in a pod, that’s us.  When will people ever learn it’s not the toys we accumulate that are important rather it’s the relationships we form that are priceless.

Thanks again for joining us on our journey.  Hope you day was a great one as well.  We’ll see you again tomorrow when we get into who knows what!  It’s a work day that is the only thing we know for sure.  So it will be up and out early morning.  Bye for now.