I woke this morning with the words of an old worship song running through my mind.  The words go something like this:  rise and shine and give God the glory children of the Lord.  We do indeed have a lot to give Him the glory for.  Our lives are full to overflowing, exciting in so many ways, wonderful beyond words and we’re doing it together, hand in hand, side by side.

I’m still trying to adjust to sunrise coming so late, right now it’s around 7:45 am.  OK, I’m up a lot earlier but still in all I’m used to seeing sunshine by 7 am.  This morning to make matters worse the park was enveloped in pea soup fog.  Not a whisper of a wind. 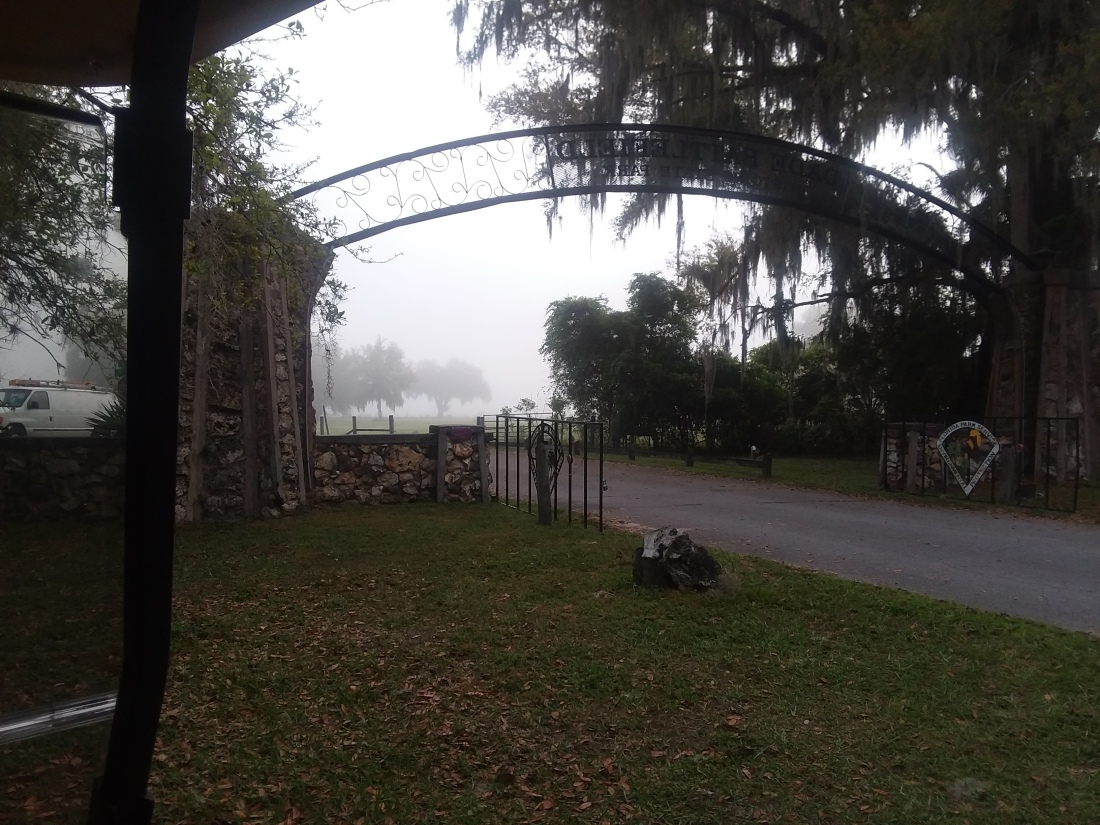 Temperatures in the low 70’s.  It would take until almost 10 am before it began to burn off and the sun came shining through.  Then the temperature began to go through the roof again.  Ah, but they tell us we’re in for a cold spell – if you can call temp’s in the 70’s cold,

Today was a work day and part of my chores was to police the King’s Highway.  This is the original highway that once stretched between Tampa and Ocala.  It was about 100 miles long and 20 feet wide.  It’s the highway on which Dade and his men met their end.

They were two days from the safety of the fort at Ocala when the Seminoles attacked from the left, the front and the back.  Since there was a swamp to the right they had Dade’s men penned in with no where for the soldiers to go. 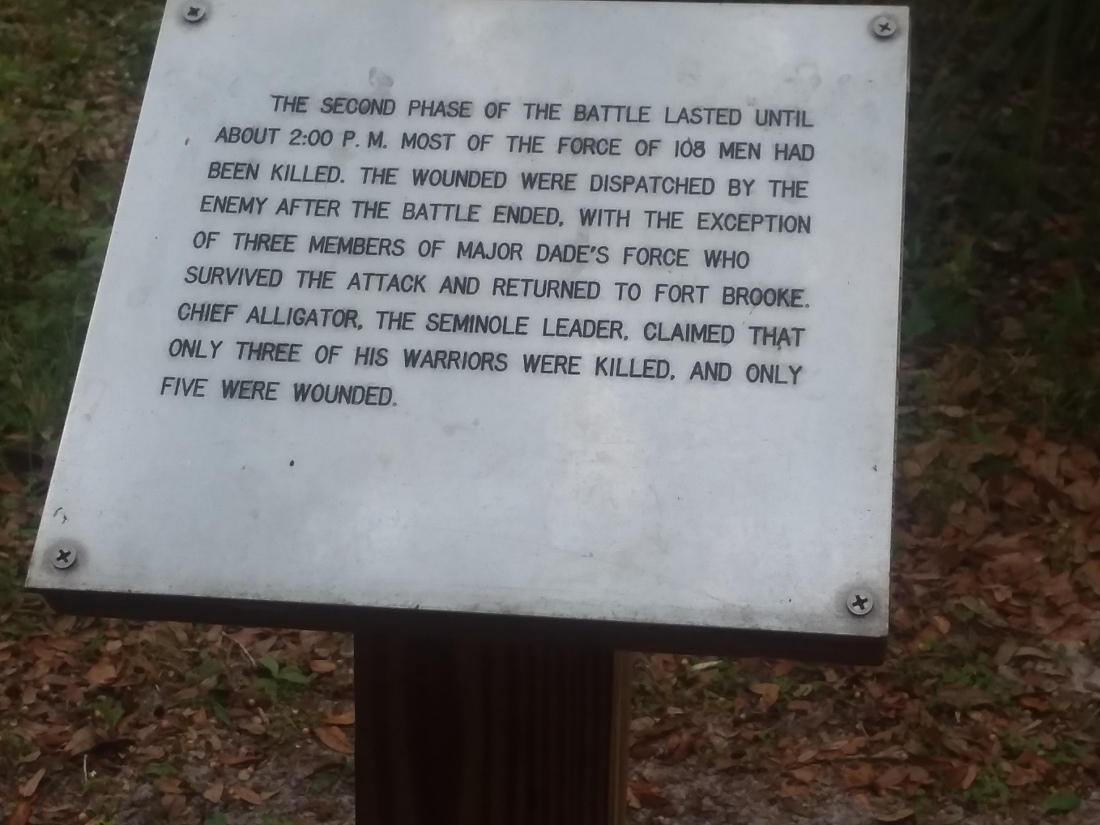 Finished with my duties on the highway I next went to check out the class in the park today.

Only three in attendance but they did seem to be having a good time. 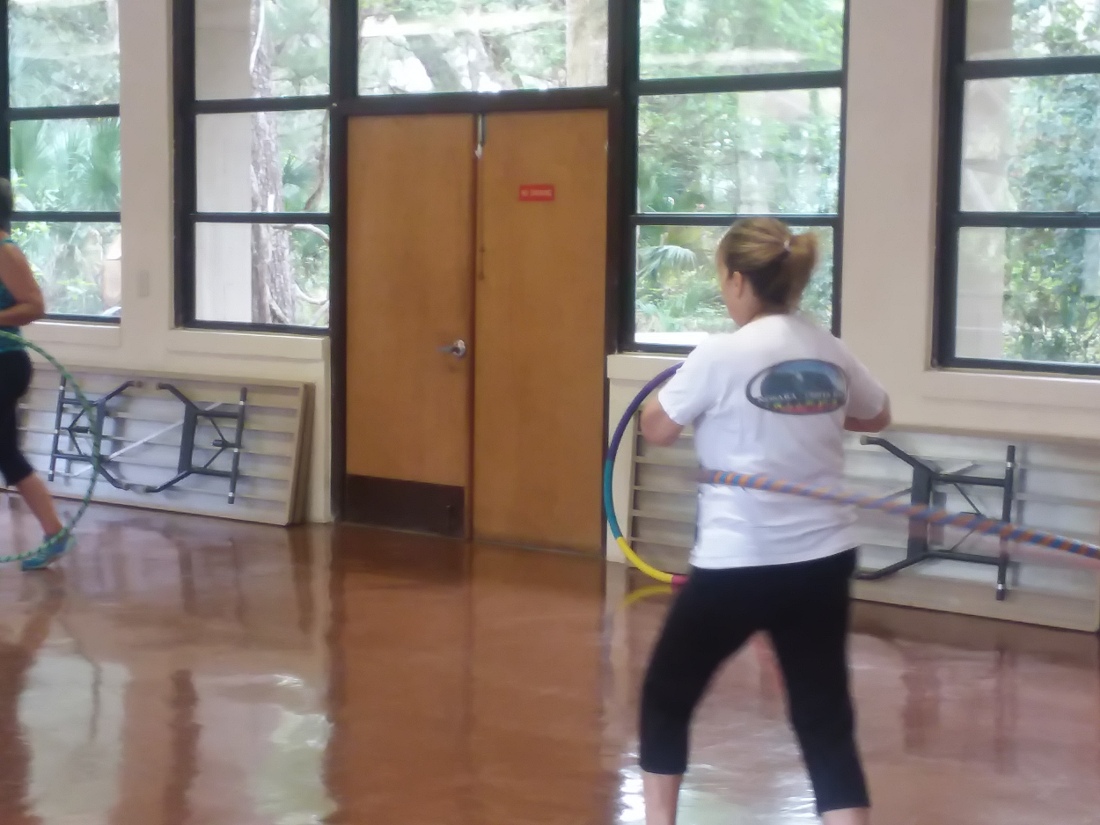 As for me and the Hula Hoop?  Suffice to say it wasn’t happening!  Just can’t swing those hips anymore.

The work day ended as usual at 11 am and so it was back to Graybeard to do some odds and ends.  First things first, it was time for brunch.  Scrambled eggs, english muffin, a glass of juice and some ice coffee.  Perfect!  Now I was ready to go.  Go I did right to the bedroom to take my usual daily nap.

That was our day on The Road of Retirement.  We had another great day and are so thankful for the way God has and continues to bless us day by day.  We hope you had a great day as well.  Till tomorrow, oh how about this –

Singing in the Shower is so much fun

Until you get shampoo in your mouth

Then it becomes a soap opera!