Home Is Where We Park It: Davis Lake Recreation Area, Davis Lake, Campground

Partly Sunny, A Light Breeze Off The Lake

The day dawned absolutely beautiful.  Temperatures in the low 70’s, partly sunny, and the lake was like a mirror with a ripple here and there as a light breeze teased its surface.  Thank you Lord for creating such a picture perfect world.  Then, too, for allowing us to enjoy it as we have day after day.

We had a morning visitor on the spit of land behind us.  He was there when we arrived and again this morning.  He just stands there rarely ruffling a feather.  I’m not real good at identifying birds but I believe this is a heron.

What to do today.  There was an Elvis Festival in Tupelo.  There was The Parkway Visitor Center and Headquarters.  Since neither of us are big Elvis fans we passed on the festival and went with our second option.  Which made sense to us since this trip we were really interested in the Natchez Trace and its history.  Actually, we weren’t supposed to be out and about at all but you know us.  Give us a reason to go, and go we will.

After a quick and simple breakfast, a few chores that needed doing, we were in the car and off to The Visitor Information Center at mile marker 266.

This is what you see when you first walk in the door, to the left

in front of you

and under your feet you see The Trace from Nashville to Natchez mapped out in title.

The sixty four thousand dollar question in my mind was of course Where and how did the Trace come to be?  Not only the original Trace but the Parkway we travel today?

The Trace originally was not just one trail but a series of trails.  These trails were used first by animals for migration and to get to water or salt licks.   The Choctaw, the Chickasaw and the Natchez traveled the trails to communicate and to reach hunting grounds. In time the many trails became one and the Old Trace was born.

After the American Revolution the boundaries of our nation expanded westward.  Pioneer homesteaders crossed the Appalachian Mountains into the Old Southwest to settle the Mississippi River Valley and beyond.  By 1785 boats were floating down the Mississippi River with goods destined for market.  Because the strong current made upstream travel difficult, the Old Trace became a popular route back north.  For the next thirty years traffic on the Old Trace would be the heaviest.

Postriders on horseback using the Old Trace would carry mail in saddlebags, stopping and delivering mail along the way.  A rider from Nashville, and another leaving from Natchez would meet about halfway, exchange bags and return back.  The trip for each was about fourteen days in length.

Kaintucks frequently used the trail.  They were farmer boatmen from the Ohio River Valley who used the Old Trace to return home after selling their goods in Natchez and New Orleans.

Equipment that they typically carried with them.

It was by no means an easy trip.

Danger lurked around every corner.

Along the way they would frequently spend a night or more at Stands.

Others who used the Old Trace were American Indians, Slaves and Outlaws.

The use of the Old Trace began to decline as more people in more locations resulted in more mail routes to different settlements other than those along the Old Trace.

Alternate routes and the arrival of the steamboat on the Mississippi slowed traffic on the Old Trace to a trickle.  By 1830 farmers returned home by steamboat which was quicker and less dangerous.

By the time the Civil War stormed over our nation, the Old Trace as a route from Nashville to Natchez had died.  By 1830 sections of the Old Trace became overgrown and disappeared.

That would have been that for the Old Trace.  It would have, and could have become just another forgotten road.  Until wheels were set in motion to remember the Trace.

Just as the overgown trail seemed to be forgotten,  a magazine article written in the early 1900’s rekindled interest in the Old Trace

and gave fuel to the Mississippi DAR’s goal to remember and commemorate the Old Trace.

Ground breaking for the Parkway occurred on September 16. 1937.  The Parkway was designed to connect the cities of Nashville, Tupelo, Jackson and Natchez with a 444 mile scenic byway.  The Parkway became a public works project and created jobs for a depressed economy.  In 1938 Congress made the Parkway part of the National Park Service.  On May 21. 2005 the final link connecting the Parkway to Natchez was completed.  Today the Parkway is not just a scenic Parkway but a National Park that is a ribbon 800 feet wide winding through three different states – Mississippi, Alabama, and Tennessee.

Today the Parkway is complete and I can attest from traveling just a small part of it, it can take you places you’ll never forget.  You’ll pass Native American burial grounds, antebellum mansions, deep blue reservoirs, nature trails, and historic sites.  Since I couldn’t drive and take pictures of the Parkway at the same time, here are some stock photos of it. 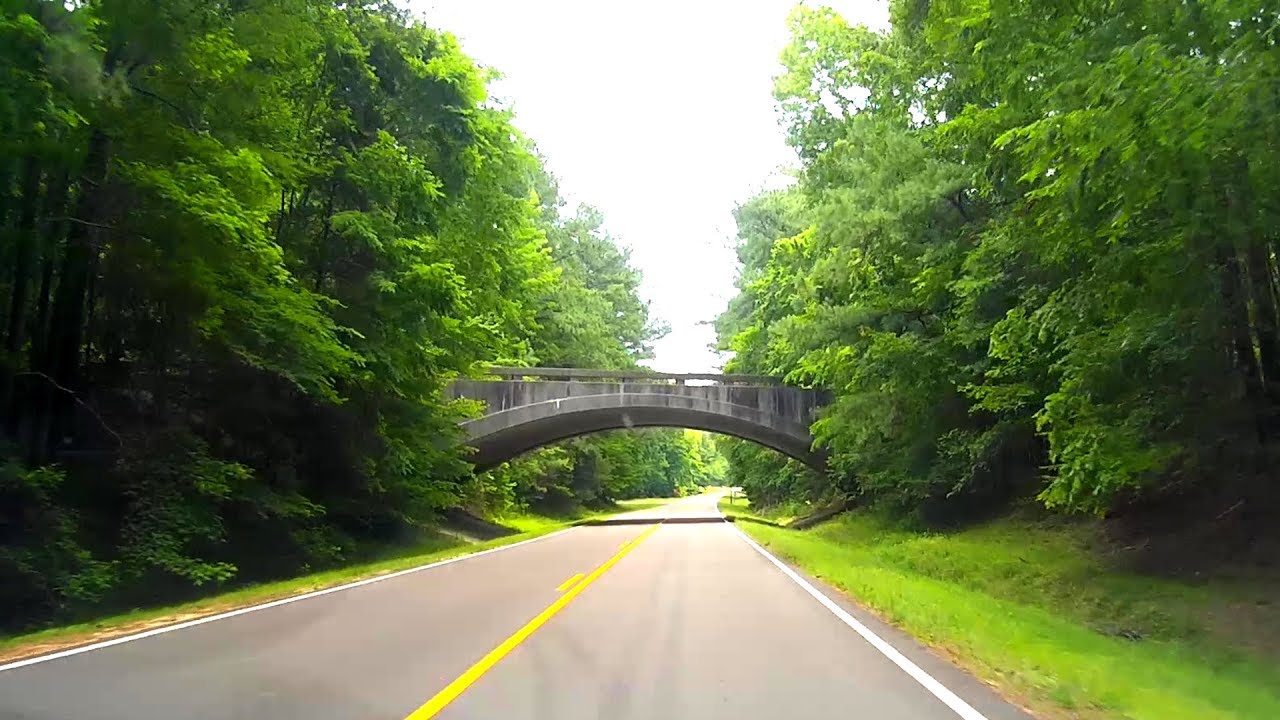 Though we have only traveled one small section of the Parkway with Little Graybeard, and another with Graybeard I wish we could go all the way to Nashville.  But we’ll be jumping off just a few miles north of where we currently are and traveling back into Alabama to our next stop.  Someday maybe we’ll get to travel the Parkway again, I hope so.  If you have a bucket list of things to do, I encourage you to put the Parkway on your list.   Just remember, if and when you travel it, take your time and enjoy the experience, take in the beautiful scenery, exciting history, and the many cultural attractions along the way.

Our day on The Road of Retirement has come to an end.  It has been a wonderful day in every way.  We had a beautiful day. weather wise  We learned new things.  We also spent the day together enjoying one another’s company.  What more can you ask for.

Thanks again for coming along with us.  We always enjoy your company.  Catch you again tomorrow.