Home Is Where We Park It: Red Bay RV Park, Red Bay Alabama

A Vespa Scooter at a Harley Davidson Rally

Rule Number One of Full Time RV Life is be flexible.  Which is why we are where we are  tonight.  I guess I had better explain.

This morning as I was going over tomorrow’s route to our new home it suddenly hit me we’ll be going close to Red Bay.  Red Bay is, of course, the home of Tiffin Motor Homes.  We knew that they had a factory tour which we have often talked about taking if and when we were in the area.  Guess what?  The time sure looked right.  But why wait until tomorrow.  We’ll leave today, a day earlier than planned.  That way we would still be on schedule.  The question now was, where to stay?  A few phone calls and that was taken care of.

When Barbara woke I sprung my new travel plans on her and she gave an enthusiastic thumbs up to the idea.  We both sprung into action and began to pack up and get things in order for a travel day.  Within an hour, maybe a bit more we were ready to roll.  Slides in, jacks up, and off we went.

The first stretch we traveled was the Natchez Trace.  All too soon, though, it was time to leave it for interstates and other county back roads.  The first stop was for gas.  That taken care of we were off and running.

Some two hours later we were home for the night.  Home being The Red Bay RV Park.  Let’s set the record straight, this is not an RV Park. It is a level gravel parking lot with hook ups. There is no landscaping, office, facilities, or people on site. All the sites are back in, fairly wide, on level gravel. There is plenty of room to park a tow vehicle. The park was obviously designed and built for for the class A motor home short term use. 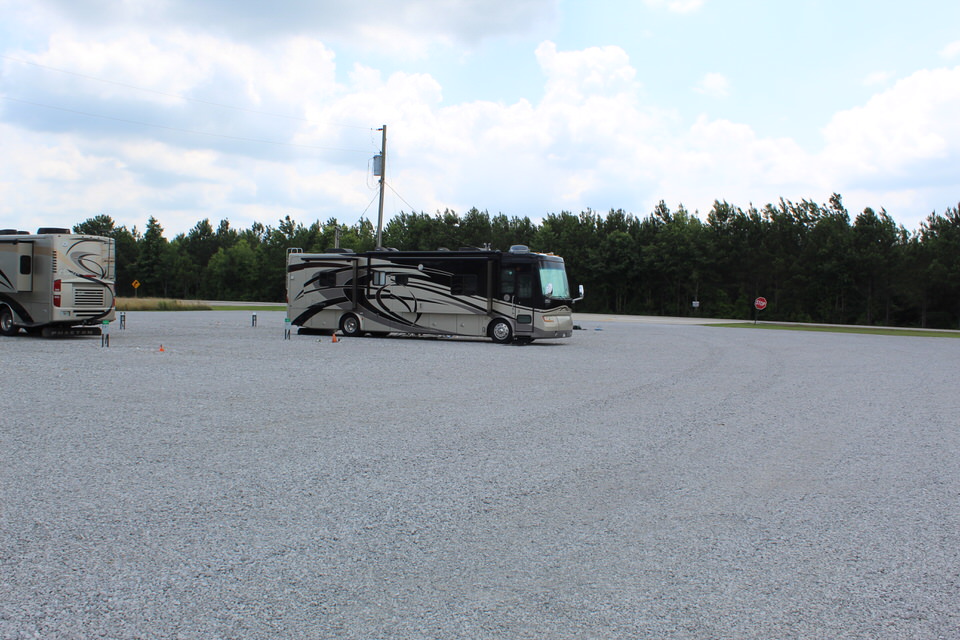 This is our site.  Dead level, full hook up, 50 amp and all for only $25 a night.  Not a bad deal.  No complaints from us.  But I must say here among all these multi dollar Tiffins its like we are a A Vespa Scooter at a Harley Davidson Rally!!!!  We stick out like a sore thumb.

Since we were already in the midst of a an out of the ordinary day we decided to go all the way and try something different for supper.  Mexican!  We found a restaurant about 15 minutes away.  When we first turned down the block, we looked at each other as if to say really but what the hey we were there. 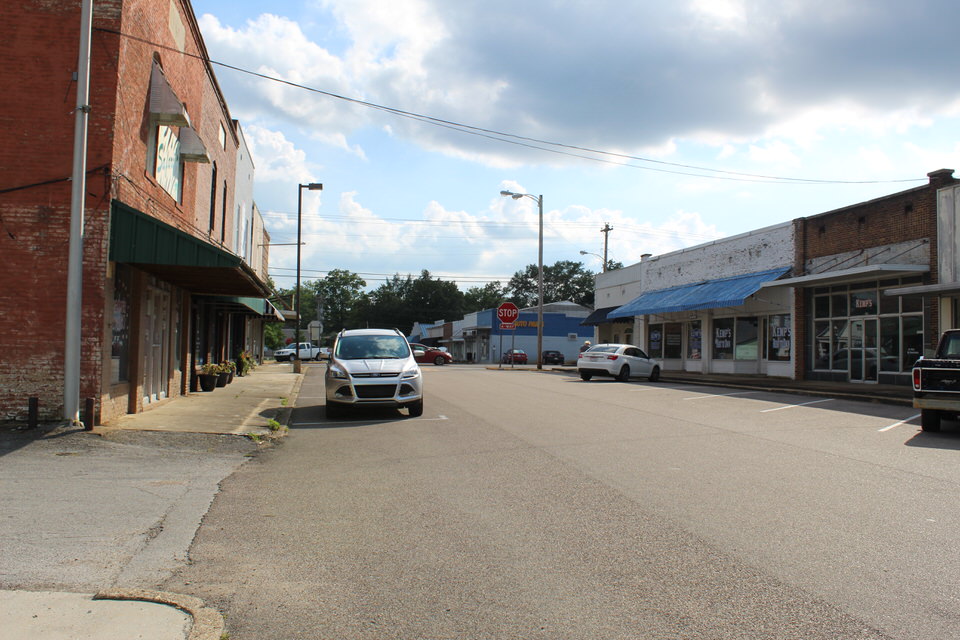 This is the restaurant that we found.  Again nothing fancy, not even that appealing to the eye.  But thankfully we stayed and the food was delicious.

On the way home we passed the Tiffin Service Area RV Park and it was jammed packed with at least 30 or more rigs in the service area awaiting attention.  Don’t know what that says about Tiffin Motor homes but it’s interesting.

That was our day on The Road of Retirement.  Tomorrow we’ll be at the Visitor Center bright and early for the factory tour.  After that we’ll hit the road and move north to New Market, Alabama.  This life is so much fun, just traveling down the road where and when we want to.  Yipee!

Thanks for traveling with us, we always enjoy your company.  Catch you tomorrow.