Home Is Where We Park It:  Two Rivers Campground, Nashville, Tennessee

We definitely have used up our good weather chip.  Since we’ve been here it has been rain off and on during the day and torrential rain and thunderstorms at night.  Even as I sit and write this it is once again pouring out.  So much for touring Nashville today.  Hopefully tomorrow and maybe Thursday.

Let’s get caught up.  Rain or not we have been out and about.  Yesterday we stopped for a quick bite at McDonald’s and you know immediately you are in Nashville when you walk in.  There is this mural on the wall.

Records on the wall.

This display of musical instruments.

Radios for listening to music. 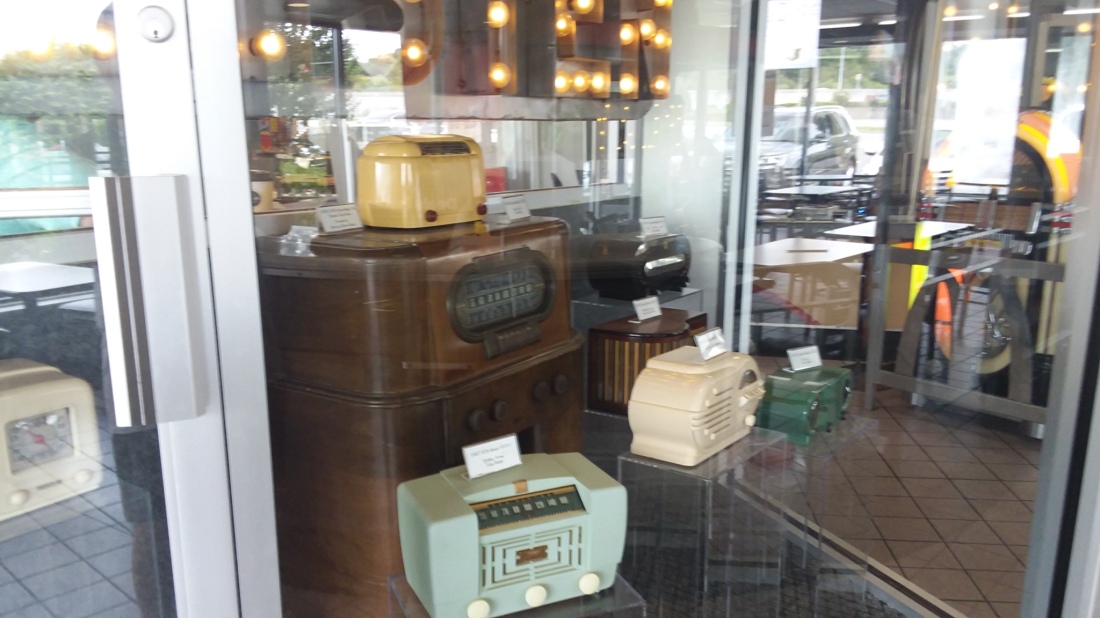 Last night we went to a dinner show at

This is the dinner theater before the lights went on and everyone made there way in.  There were several groups in attendance last night.  One, unfortunately, was a bit late because their bus broke down.  What a bummer.

Dinner was buffet style, all you can eat.  They had southern fried chicken, ribs, Swedish meatballs, vegetables, mashed potatoes, mac and cheese and so much more.  I can attest to the fact that it was delicious.  I can also attest to the fact that I ate way too much!  The wait staff was also terrific, you never had an empty glass once they took your original order.

The show was great.  Though there were no names anyone would recognize the performers were all first class and amazing.  This is Mark Powelson who has worked  with artists like Johnny Cash, Jerry Lee Lewis, and Conway Twitty.  He had an amazing voice and sang many of the old time country favorites that we all recognized. 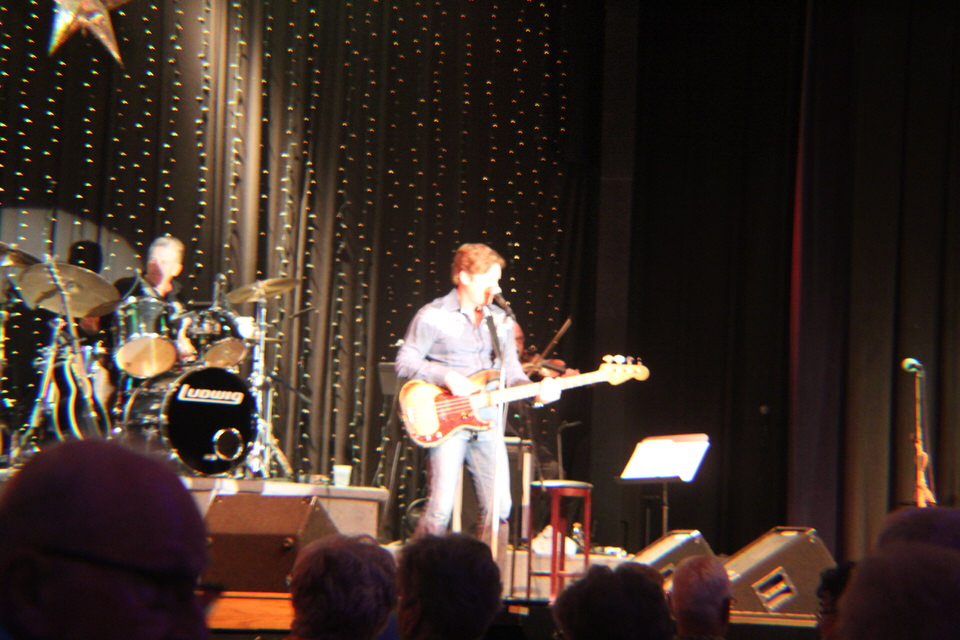 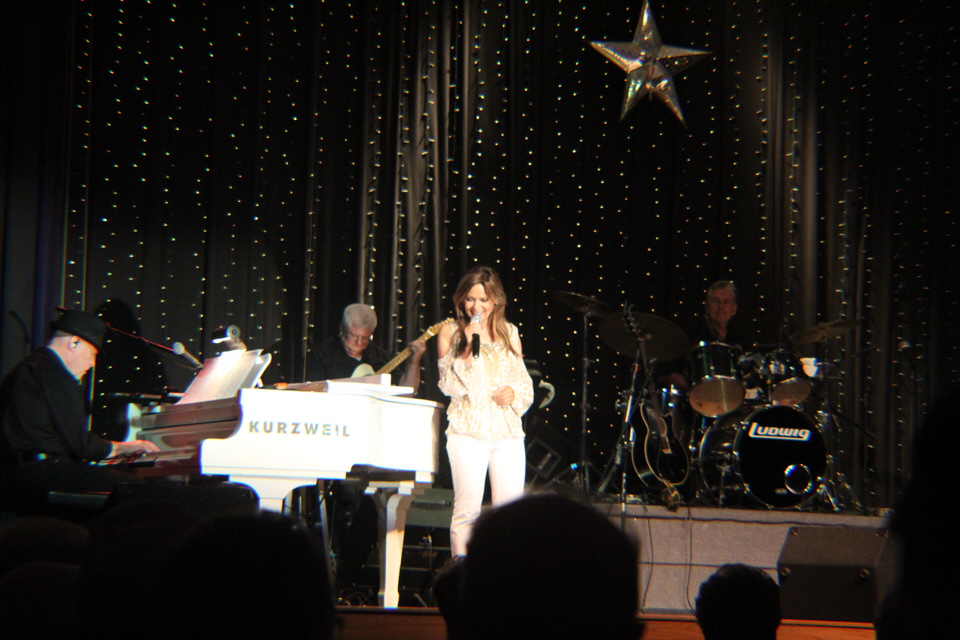 During her performance she did Johnny Cash’s Flat Top Box and absolutely knocked it out of the park.

This is Tim Watson.  Tim has opened shows for many super stars of country music such as George Strait, Ricky Skaggs, George Jones, Keith Urban, Conway Twitty, Lonestar, Ronnie Milsap, The Judds and many others.  in 1987 Tim went to work for “The First Lady of Country Music” Tammy Wynette where he was a featured vocalist and fiddler. Tim has also played and sang with Randy Travis, Jeannie C. Riley, Vern Gosdin, and with Willie Nelson on live TV shows.  He absolutely thrilled us when he did The Devil Went Down to Georgia.  Let me tell you this man can play the fiddle.

This gentleman and his wife were celebrating their 61st wedding anniversary.  They brought him up on stage and sang with him Stand By Your Man and You Are My Sunshine.  He had a decent voice.

There were so many others who took the stage last night and each in their own right were absolutely terrific.  It was a show we thoroughly enjoyed and will remember for a long time to come.  This is the closing when everyone was on stage and they sang God Bless America.

Now we are up to date.  Right now I’m sitting here singing (that’s what I call it, others I’m sure would disagree!) rain, rain go away.  Unfortunately, I’m not having much luck getting the weather to cooperate.  We’re going to have to regroup and come up with another plan for today.  We have a few museums outside of Nashville that we want to visit, maybe today will be the day.

That’s if for us on the rather soggy Road of Retirement.  Rain or shine we’re still loving this lifestyle of ours.  Hopefully, the weather will clear before we leave and we can get some sightseeing in.  Would be nice, also, if things would clear up in the days and weeks to come.  Time will tell.

Thanks for traveling with us.  Have a good day and we’ll catch you again tomorrow.

One thought on “TOUR AMERICA 2019: TENNESSEE, THE VOLUNTEER STATE”