Getting Caught Up – Marathon Motor Works

One more day of heat.  This is really something else.  Again, I’ll take it rather than freezing temperatures and snow!

A couple of months ago we joined Boondockers Welcome and today we had occasion to request our first stay in Marion, Ohio.  I was concerned about the heat, could we run our generator in order to use our AC?  The answer was You’ll be staying in the spot where I keep my RV when I’m home and it has 50 amp available.  Since I’ll be away during the time you’ll be here help yourself to the juice.  Sweet.

Today was a mixed bag.  We did some rearranging inside to better distribute the weight in our living room slide.  I got underneath and lubed all the rails and rollers.  Same for the bedroom slide.  I also lubricated the tow bar.  Tires were checked and found to be at the proper pressure.  Barbara did prep work prior to our move tomorrow.  We’re ready, almost, to go again.

Time to bring you another past blog.  This time we’re going back to Marathon Motor Works in Nashville.   This car company grew out of an earlier company called Southern Engine and Boiler Works founded in 1889 which made industrial engines and boilers As such, the firm had metal-working and power plant experience which could easily be transferred into the then-new and rapidly expanding automobile industry. It turned its attention in this direction shortly after the turn of the twentieth century. From 1907 to 1914, the company manufactured the Marathon Automobile.

Then as now it was common for auto manufacturers to outsource some of their components, concentrating on assembly and marketing, and perhaps manufacture of a few major systems. Southern Engine took a different approach however, and rather audaciously decided to engineer and build every single part of its car in-house. The company was fortunate to possess an exceptionally talented young engineer, William Henry Collier, who accepted the challenge. 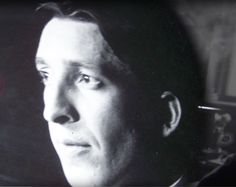 Small production runs were achieved in 1907 and 1908. Outside investors were invited in the latter year, and 1909 saw a two-model lineup, roadster and touring car, powered by 35 HP 4-cylinder engines. Both were open bodies (tops were optional) and sold for about $1500. Sales volume reached about 400 units, a respectable figure at the time, especially considering the firm was making virtually all the parts itself.

The vehicles had been marketed as Southerns at first, but another firm was using that name. A decision was made to change the name of the car manufacturing operation and spin it off as a separate company at the same time. In 1910, Marathon Motor Works was created, named out of the enthusiasm for things Greek which had grown out of the 1904 Olympics.

At the same time, the company moved its operations to a larger facility in Nashville, whose finance and transport infrastructure could better support a growing company.  And grow it did. Marathon was soon on a genuine roll, even by the exuberant standards of the exploding auto industry. The cars acquired a good reputation for quality and durability, probably helped by the fact that the factory had total control of its parts, engineering and manufacturing.

New models and national advertising followed, and production soared to 10,000 units in 1912. Dealers were signed up literally on every continent and demand considerably exceeded supply.  This is a flyer about the car trying to entice prospective buyers to inquire about the car or purchase one.

So what happened to Marathon Automobiles?  Stay tuned and I’ll fill you in.  Let’s look now at some of the artifacts on display regarding the company in its hey day.

A picture of the service department.

Left over signs from the various departments.

A display of some of the early machines and tools used in the factory.

Look at the size of the four pistons

I wish that they had included labels for what was on display.

Let’s move across the street now to the Marathon Motor Works Museum.  Marathon cars are collectible today, although only nine are known to have survived. Four of these are currently here in the Museum.  Recent reports have indicated that the car which is in the best condition is in South America. This unique car is said to be in perfect running condition and it is owned by an Argentinian collector who has worked for two years in order to restore it.  Unfortunately, there are no pictures of that car.

These are the current cars in the Museums collection.  They are constantly working to find other cars and/or pieces of same to add to the collection.

What’s left of someone’s desire to make a truck.

The only other intact car at the Museum.  Unfortunately, there was no plaque that identified it by either year or model.  But it’s a beauty!

The Marathon lineup of cars in 1914, its last year producing cars.

So what happened to Marathon?  As with so many of the early auto firms management and finance did not keep up with engineering. It was said by some – but never proved – that Collier was allowed to make fewer and fewer decisions, having to defer instead to a board of directors that often changed and may have been involved in financial improprieties. Critical personnel began to leave and suppliers began to complain of non-payment. The company fell as fast as it had risen and 1914 was its last year.  Today, The Marathon is remembered locally as being the only brand of car ever actually built in Nashville.

Another day on The Road of Retirement has come to an end.  Slowly and surely I’m getting caught up on my blogs.  Still have a long way to go.  Time now, though,  to go and begin putting everything in order for tomorrow’s move.  Yup, we’re on the road again – like my life is on the road making memories with my wife.

One thought on “TOUR AMERICA 2019: GEORGETOWN, KENTUCKY – THE BLUEGRASS STATE”