Home Is Where We Park It:  Elkhart Campground, Elkhart, Indiana

RV/MH Hall of Fame and Museum

Today it was time to cross another attraction off of our bucket list.  Today we were going to the RV/MH Hall of Fame and Museum.  By the way, the MH we discovered stands not for manufactures but manufactured homes.

The museum was only 10 minutes away and it was open until 5 pm so we saw no need to rush out at dawn’s early light.  One day of that was more than enough for the both of us.

Breakfast first, eggs on toast, sausage, juice and a couple of cups of coffee and we were ready for the day.

Off we went.  A few turns this way and that and we were there.

Entering the lobby you noticed a few things right away.  Such as this guy.

Regarding what Charlie is sitting on it is quite neat.

Then there was this picture taken by Time Magazine of Main Street in Elkhart in 1998.

The Go RVing Coalition, formed in 1994, consists of RV manufacturers, component suppliers, dealers and campgrounds. Go RVing works to provide the public and media with pertinent information about the benefits of RV travel and to foster customer satisfaction with the RV experience through customer research conducted by the Committee on Excellence.

Time now to move to the real center of attraction at the museum.

About that big chest sitting in the middle of the entrance.

First thing you notice as you enter the hall is the floor and what’s on it.  Painted on the floor is a “road back into time” with dashed highway lines, snaking its way through tent trailers, travel trailers,  house cars, truck campers and some really neat motorhomes.

Let’s go.  First up is a 1913 Earl Travel Trailer with Model T Ford.  This was the last year for choice of colors for the Model T Ford so the blue is authentic.  This is reputed to be the oldest travel trailer in the world, custom made for a Cal Tech professor by a Los Angeles carriage maker. The trailer was restored in 1980.

The trailer features a dining table that seats four and can convert to a double bed.  There is storage under each seat.

This a 1916 Cozy Camp Trailer Tent At the time most trailers like this were homemade — this one was built by Habig Manufacturing in Indianapolis, Indiana, making it one of the first examples of a manufactured trailer.

This is a 1916 Telescoping Apartment or as we dubbed it the coffin car based on the coffin like space for the bed.  Built on a 1915 Ford Model T, the Telescoping Apartment was built as an aftermarket camping accessory for early trucks. Both side cabinets and the rear section would slide back into the vehicle for travel. There is even a shower with warm water provided by the truck’s radiator. This particular example was built in San Francisco and sold for $100.

Maybe there is more space here than meets the eye, but with no windows it really looks and feels closed in.

This is a 1931 Model AA Ford Housecar.  This custom housecar was discovered in a barn in Athens, Alabama, in 1999 and was fully restored by 2003. The Ford AA chassis was used for a variety of vehicles, from ambulances to school busses to vehicles like this camp truck. The 40-horsepower engine gave this early RV a cruising speed of 25–30 mph. The owners say that the engine ran fine the day it was found, even after being in storage for more than 40 years.

The seats were added by the restorers.  Originally, there was just a bench for the driver.

The floors are made from yellow pine, while the cabinetry uses oak and yellow poplar.

This is a 1932 Gilkie Kamp King Tent Trailer.  Founded in the mid 1920s, Gilkie was one of the first successful manufacturers of tent trailers.

A unique feature of this trailer is an icebox and pantry that can be accessed from inside or outside, making it possible to load up the trailer for an outing without opening it up, as well as opening the pantry for a roadside meal without popping up the entire tent.

One more for the night and then we’ll pick it up again tomorrow.  Not really an RV but just to neat not to include in the exhibit area.  This is a 1937 Hunt Housecare known as the Star because of the star on its grille.  It is all original and found exactly in the condition that you see it here.

Cook a burger while you’re driving?

The table drops to form a bed.

I have no idea how this toilet works.  On the plus side, it is believed to be one of the first RV’s with a working shower.

Going to call it for the night.  I’ll be back tomorrow with much more.  Including a million dollar RV restoration that resulted in a motorhome that can not be driven.  So they donated it to the RV museum!

But before I go, a quick comment about our lunch stop.  Our usual custom is to find someplace that the locals would recommend and give it a try.  No different today.  When we asked around at the museum they recommended this restaurant.

We had a beautiful setting on the porch looking out at the lake.

It had some interesting items in unusual places.  Riding high?

A face like that only a mother can love.

Unfortunately, the food did not deliver.  The promise of two steak patties sounded so juicy, so over the top.  Well, the two together were not even as thick as a whopper at Burger King.  The fries were cold and hard, I even asked for another batch and got the same thing.   The only good thing I can say about this place is that their craft beer is excellent.  Actually, one more thing, the waitresses are great.  Super service all around.  Suffice to say, sadly we will not be going back.

We found a place, however, to chase our blues about lunch away.  Always good, never disappoints. 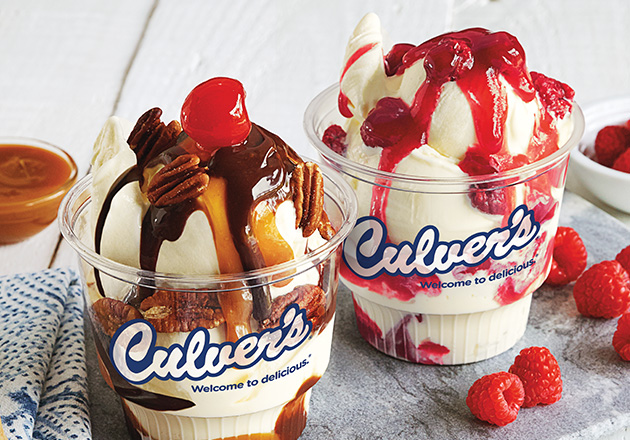 That was our day on The Day of Retirement.  We were able to cross another attraction off our bucket list and enjoyed every minute we spent doing it.  Tomorrow we’ll finish up our tour there.  Lots of interesting things yet to share with you.

Thanks again for joining us, we always appreciate your company and comments.  Have a good night, catch you again tomorrow.