Two Down, Many, Many More To Come We’re Sure

End of a Legend – Tom Mix

Our first day off and what did we do?  Up and out at the crack of dawn!

Our first stop was at 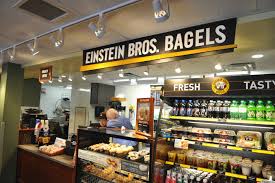 for my favorite of all times 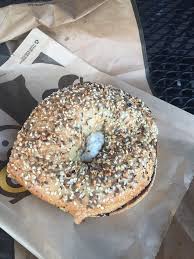 An everything Bagel with Cream Cheese!

Breakfast finished we were off on a mission.  Someday, maybe in a couple of months, maybe in a year we’re going to replace our faithful Graybeard with a diesel pusher.  But what floor plan would work for us?  What features are offered in the price range of what we are willing to spend?  Only one way to find out.  You just have to go visit as many coaches as possible.  So that’s our new mission.

Two weeks ago we looked at

a 2008 Newmar Kountry Star.  We came away with a bad feeling.  The floor plane would work, sort of.  However, the one we looked at was a rambling wreck someone was trying to sell at a premium price.  No documentation as to whether regular maintenance had been done.  No documentation as to whether Newmar recalls had been addressed.  In so many words, buyer beware!  We’ll probably look at others in the future, especially if they are being listed by a private seller.  Dealers are a whole other story.

Today we went to look at another coach.

This is a 2007 Tiffin Phaeton being offered by a private seller.  It comes with complete documentation as to all maintenance performed, and recalls addressed and done.  It also has numerous upgrades and improvements.

Barbara liked the kitchen layout.  There is also a pull out island on the near end of the kitchen counter that gives another two feet of counter space. 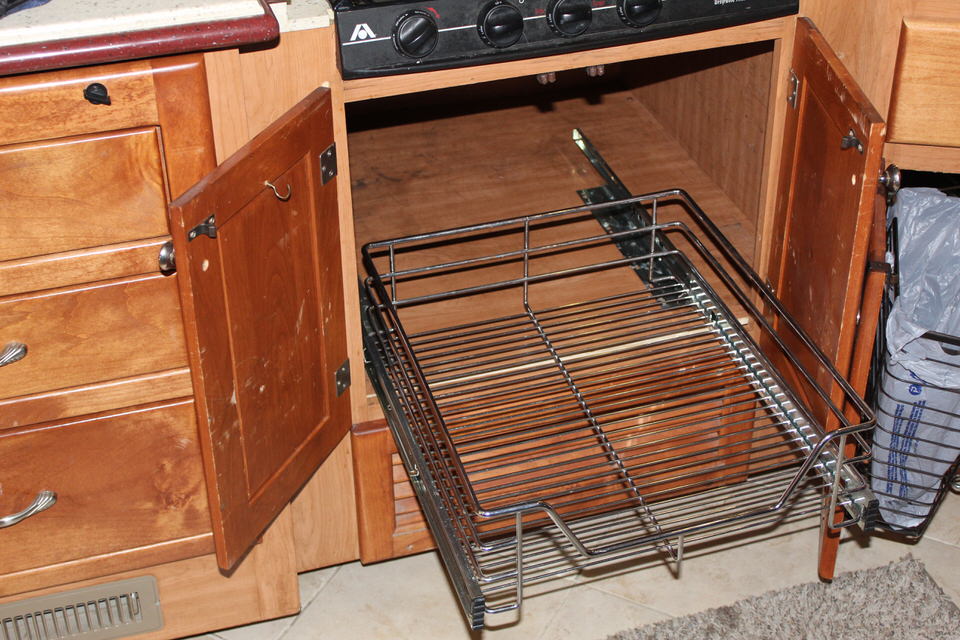 She especially liked the pull out stainless racks that the owner installed in a number of the kitchen cabinets.

A must for us, it has a Microwave/Convection Oven. 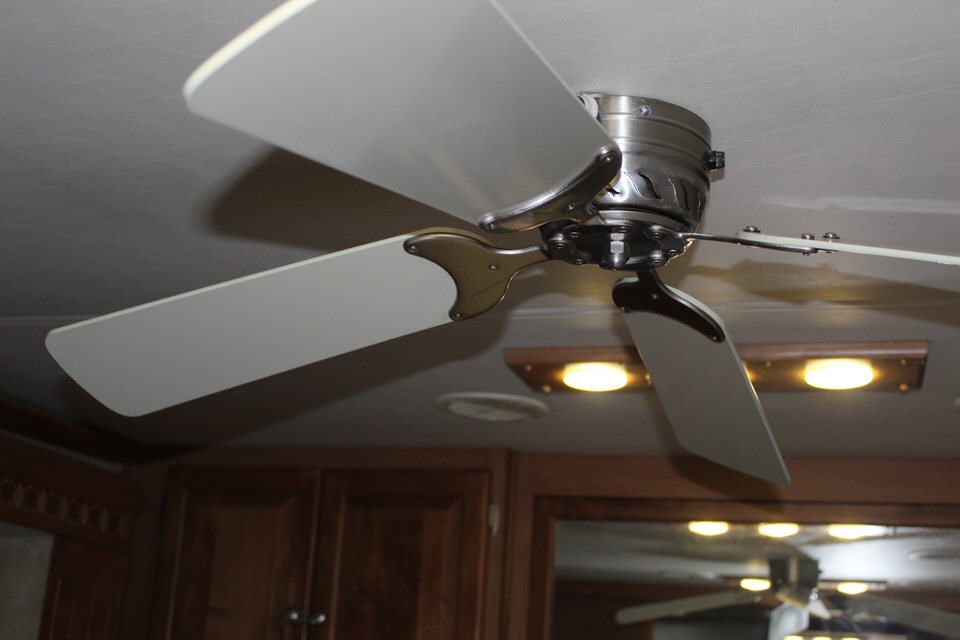 How about this?  A ceiling fan in the bedroom.

Along with a new memory foam mattress.

And the list of extras and upgrades goes on and on and on.  According to the owner, and I’m inclined to believe it, this coach is a mix of items available on 2007/2008 Tiffin Phaetons.  Yet, still it is not perfect and once again we came away with mixed feelings.  There is work that needs to be done.  The price is a bit high for us.  Especially in light of some of the items that need to be addressed.  Bottom line, it has good bones and if in a few months while we are still in the area and it is still available we will probably take another look at it.

We’re in no rush.  It took us a good four years before we discovered Graybeard and we’re realistic enough to know it may take us as long to find his replacement.  So we’ll keep looking.  Our next coach is out there somewhere with our name on it.

On the way home we also did some sightseeing. 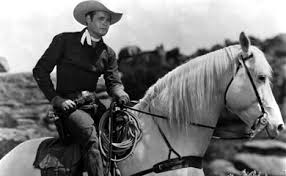 Anyone remember Tom Mix and Tony the Wonder Horse?  Tom Mix was the hero of more than 300 Western films between 1909 and 1935. All but nine of them were silent movies. He was Hollywood’s first Western star and helped define the genre as it emerged in the early days of the cinema.  For millions of Americans he was King of the Cowboys.  It would be more than 15 years after his death that Roy Rogers would claim that title.  Tony his horse who started along with him became a celebrity in his own right.

On the way home

we discovered a memorial dedicated to him. 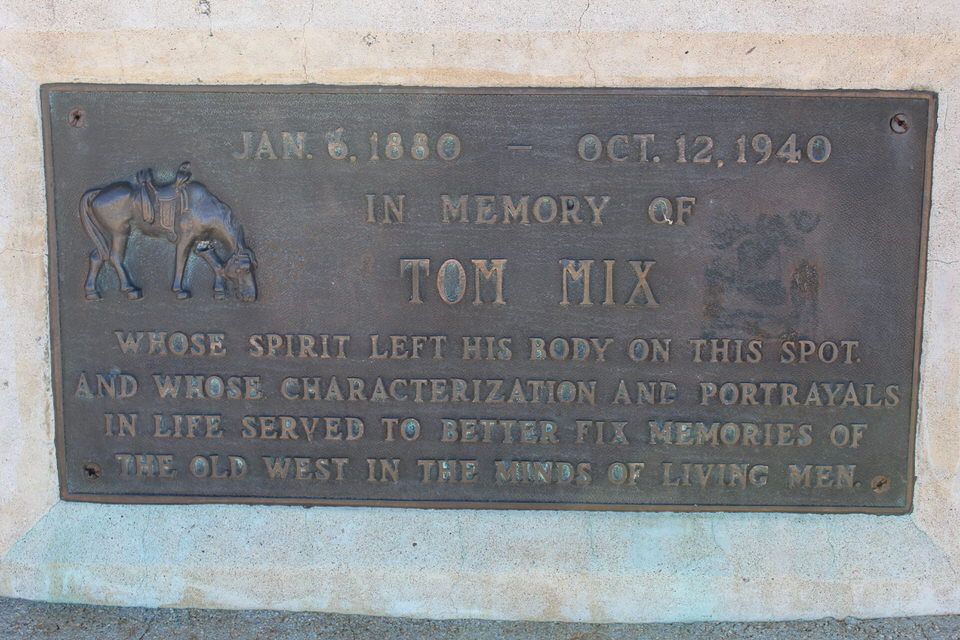 This was the spot were the Western Star

met his fate so many years ago.  The story goes he was late for an appointment,  speeding, failed to slow for a construction barrier, ran through it, his car plunged into a ditch and overturned and he was instantly killed.  Now how about that, another interesting tidbit of American history we all know.

That brings to an end another wonderful day on The Road of Retirement.  We both agreed it was fun to be on the hunt again for our next coach.  Who knows where we’ll find it, or when.  Looking for it is half the fun.  We’re going to take it slow and steady because we both realize the next will be the last.

Thanks again for joining us.  It’s been good having you along.  Hey, if you have any comments about the coach we saw today, or whatever, please feel free to post them.