Odds And Ends On Our Walk Around The Park

Steamboats On The Colorado

Out and abut this morning we came across 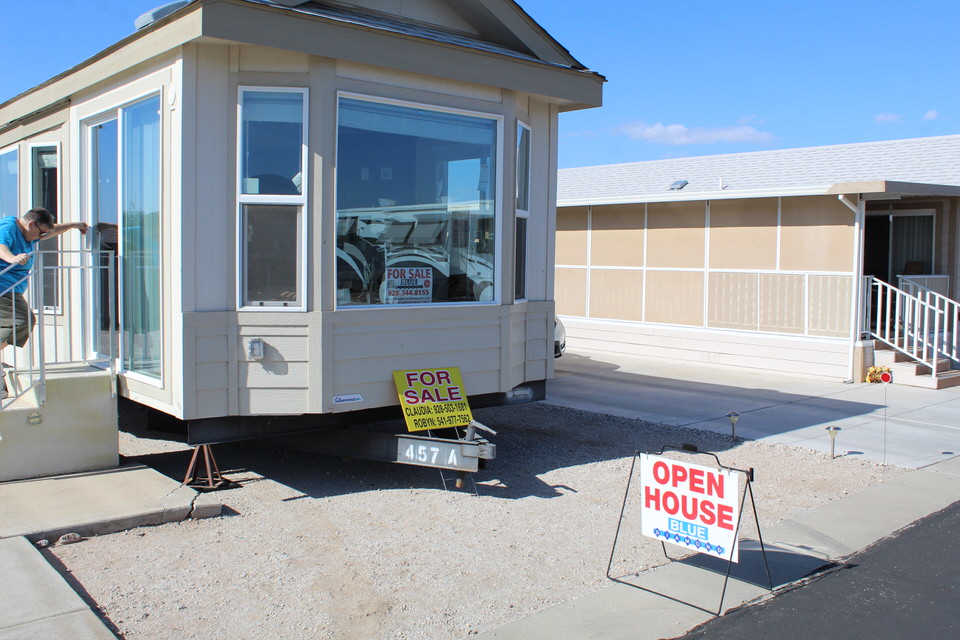 this park model for sale.  Our curiosity got the better of us so we stopped in. 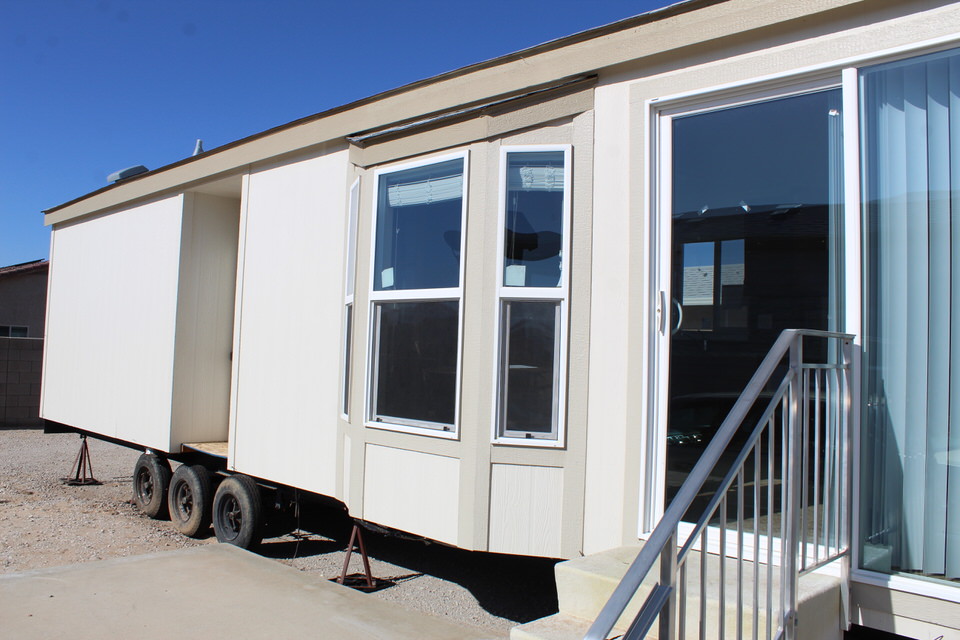 There’s a second door from which a deck can be added.

This is the front living room. 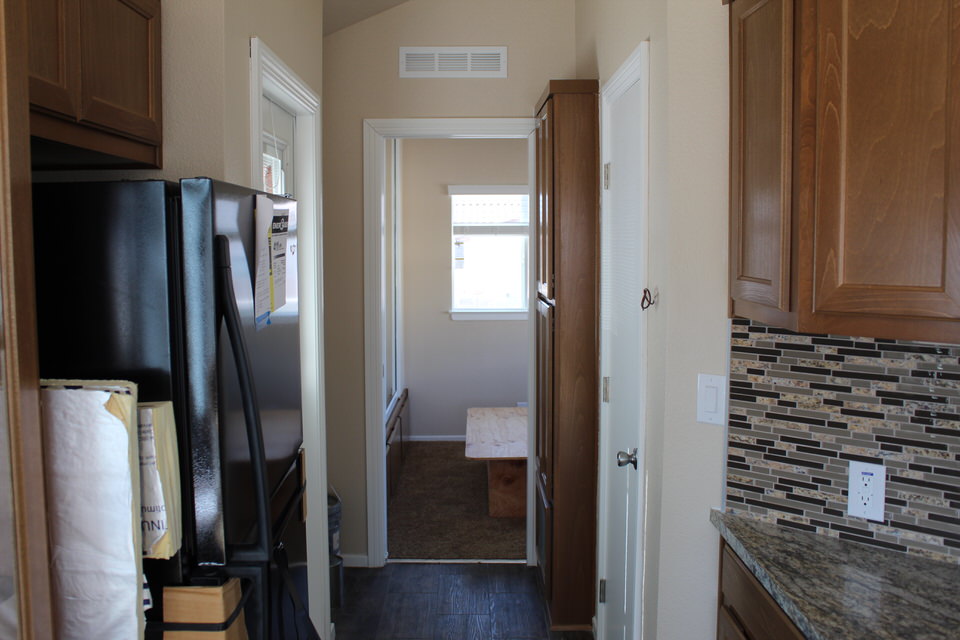 Looking toward the bedroom.  We have more room and more drawers in Graybeard than in the bedroom of this unit.

The bathroom.  Ok, its a bit bigger than what we have now.

The kitchen.  We both agreed it looks nice and has a bit of room.

After we finished our tour we both agreed poor quality doesn’t just exist in new RV’s.  Everywhere we turned we found issues in this unit.  As we walked up the steps to enter there were several cracks in them that made you wonder if you would fall through.  Inside we found walls that flexed, counter tops pulling away from the wall, carpet so thin that thin crust pizza is probably thicker.  All this for a ridiculously high price.  No thanks.

This is our neighbor’s rig a 2001 Dutch Star.  We asked him about it and he said it was the best coach he ever owned.  Everyone we talked to who owns one says the same.  Our search for one continues.

This is a 2008 Fleetwood Discovery for sale.  We met the owners who gave us a tour.  That full wall slide sure opens up the inside.  They’re selling it because they just purchased a park model here in the park.

That was our daily walk this morning.

Now for a bit more history regarding the Yuma area.  Tonight we’re going to explore 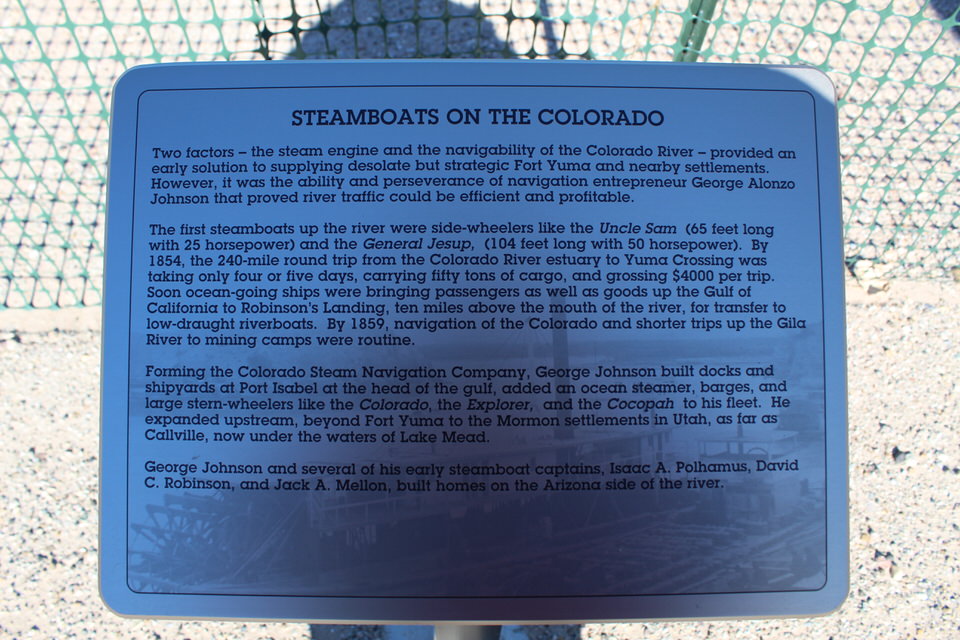 the part that steamboats played in the development of Yuma and the surrounding area.

Steamboats were able to navigate from

Port Isabel in the Gulf of California to the mouth of the Grand Canyon. 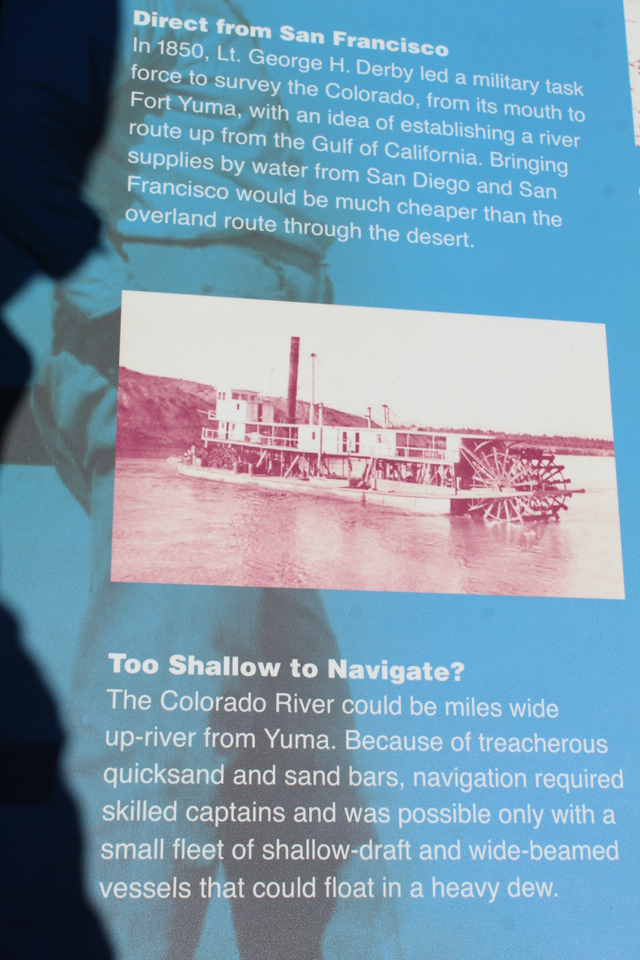 Lower cost of transporting cargo from California was the driving force behind the rise of steamboat traffic.

I found it fascinating as to how they were able to cross sandbars that got in their way (2nd paragraph).

Some of the steamboats that ran the river.  The first steamboats were side wheelers but later the majority were stern wheelers. 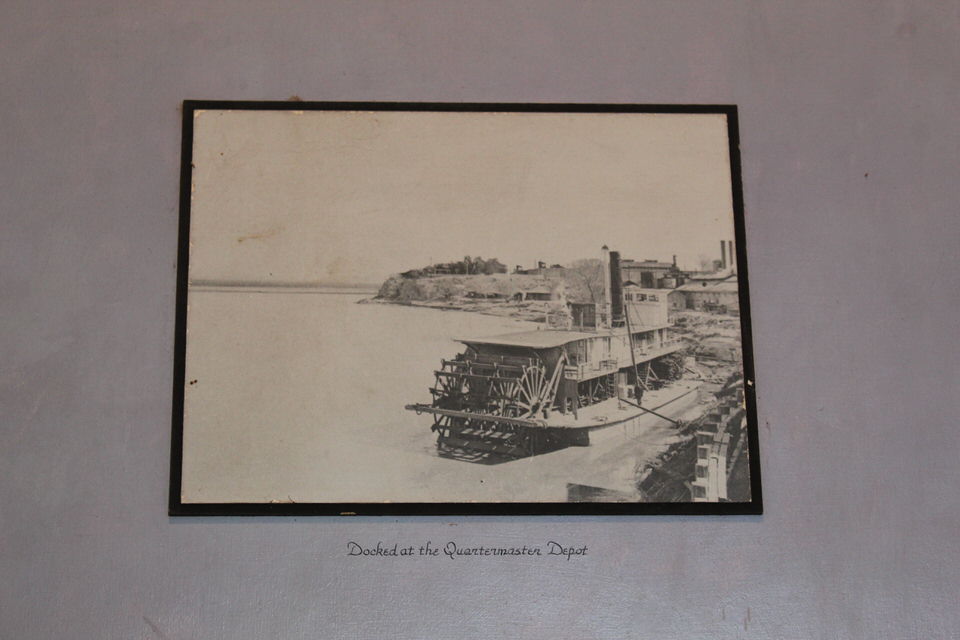 When a steamboat docked at the quartermaster depot, cargo was unloaded on to a dolly that ran on tracks up to the supply depot where it was unloaded. 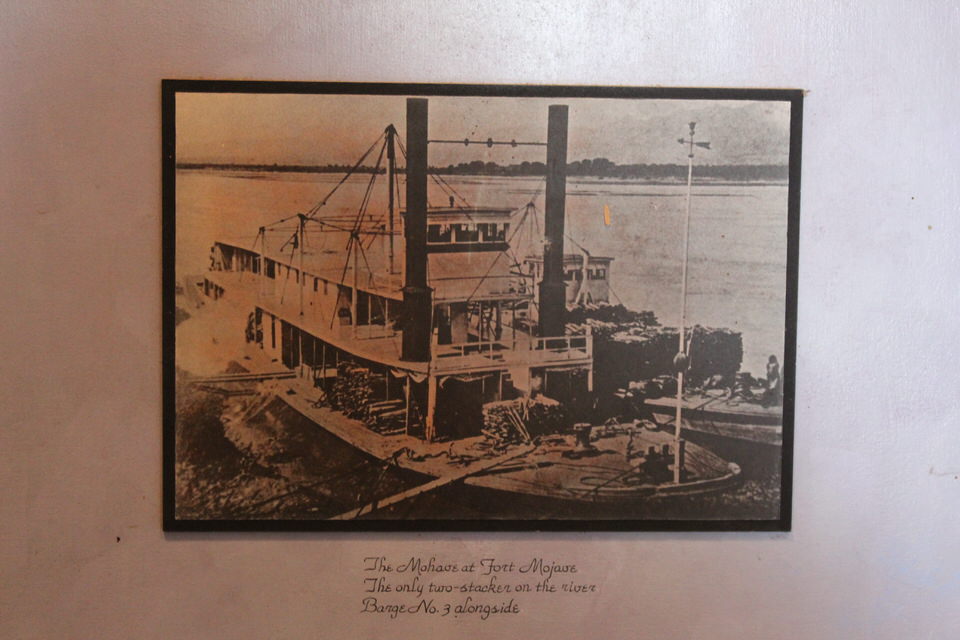 The only two stack  steamboat on the river. 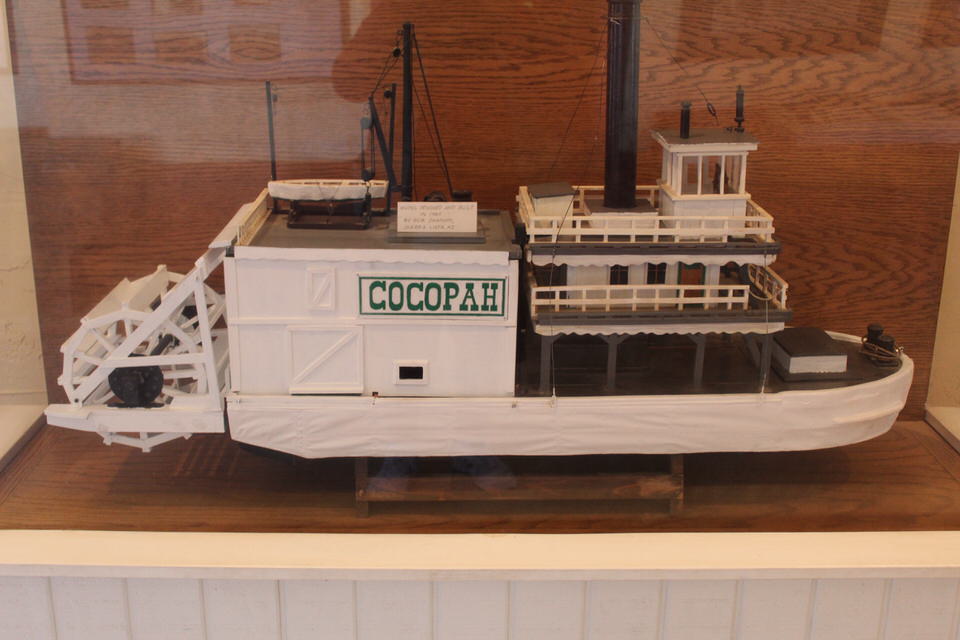 A model of the steamboat in the picture before it. 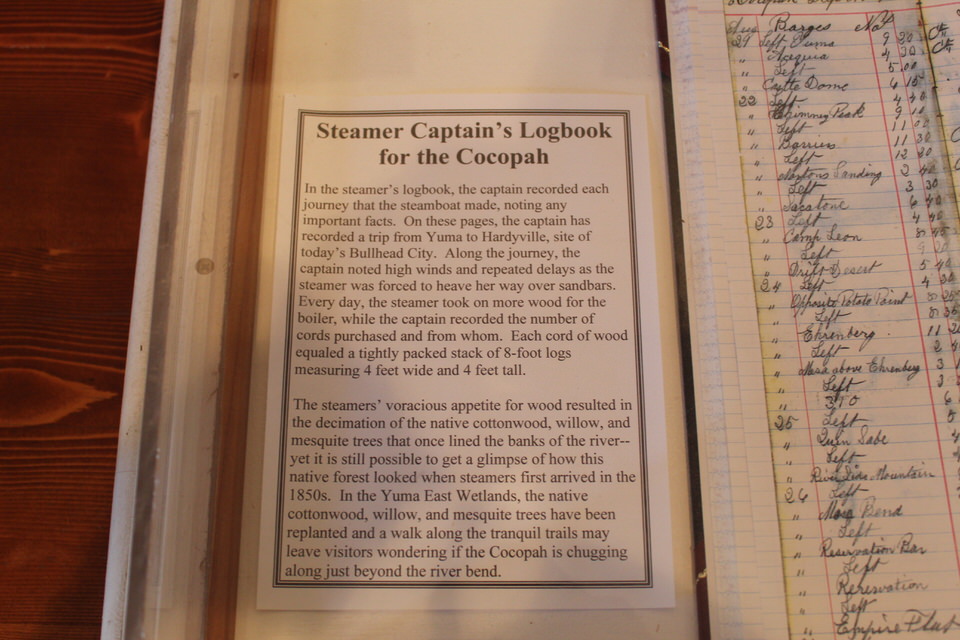 There were notes about high winds and sandbars that blocked their passage.  Each day the steamer took on more wood to feed its boiler.  The captain had to note how many cords were purchased and from whom.  The steamboats voracious appetite for wood eventually decimated the native trees that once populated the river banks.  Today through the efforts of conservationists and volunteers the trees are making a come back.

The first steamboat company.  The importance of the Gold Rush.

Some artifacts from the Steamboat era. 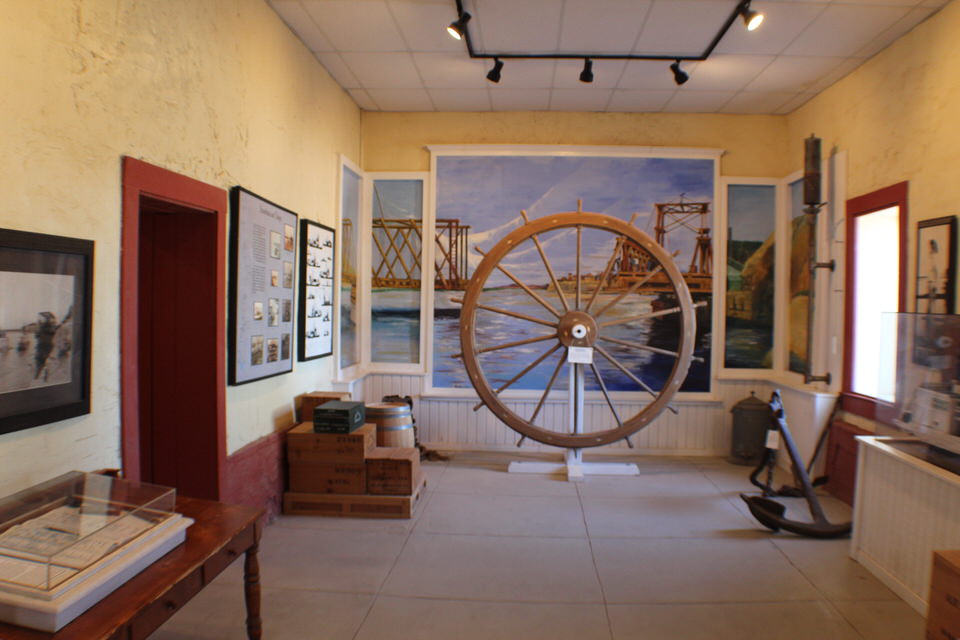 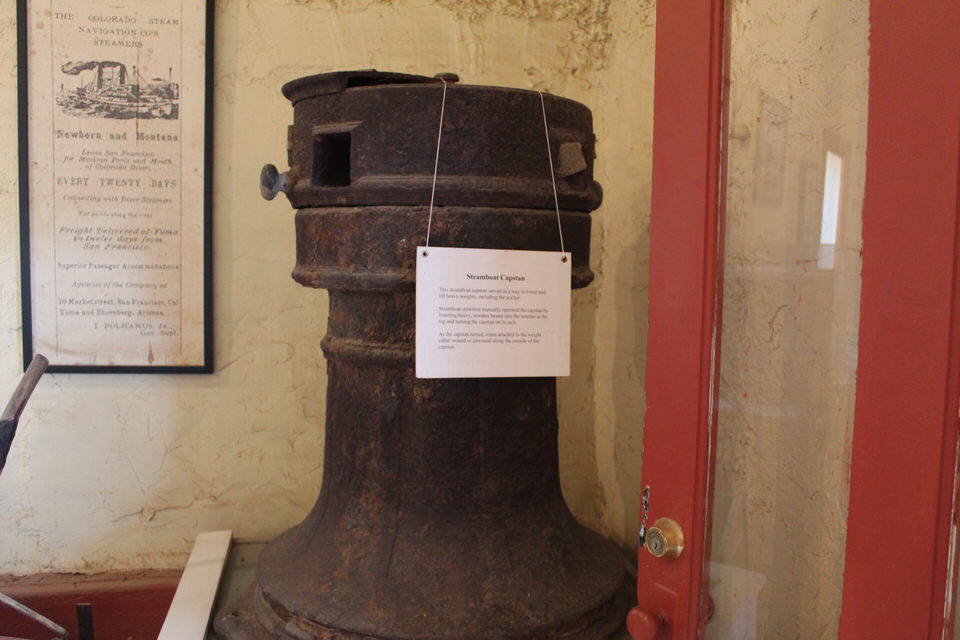 A capstan which was typically used to haul up an anchor or haul ropes when lifting cargo.

The beginning of the end.

Two things doomed the steamboats – the 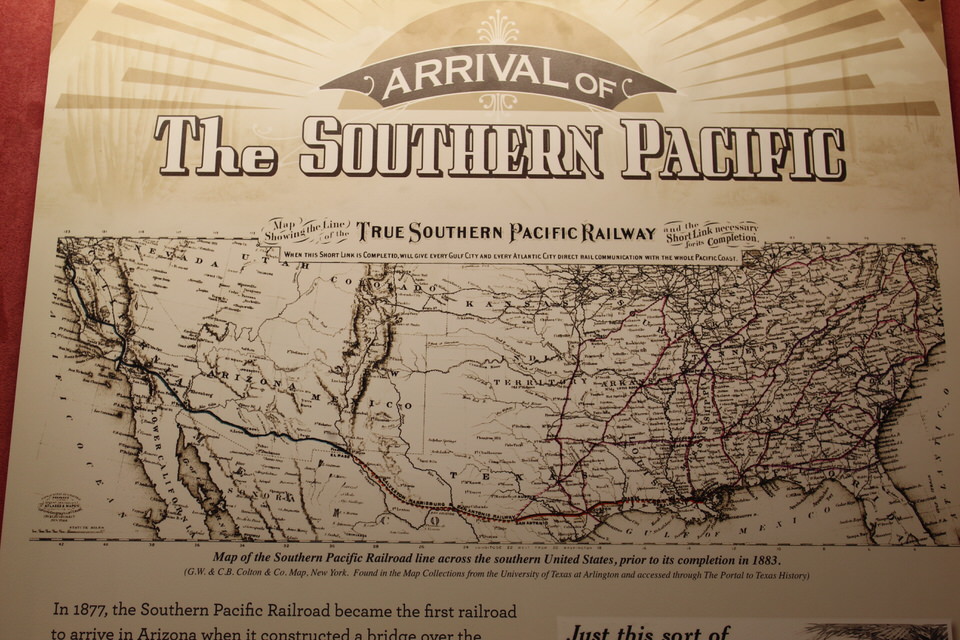 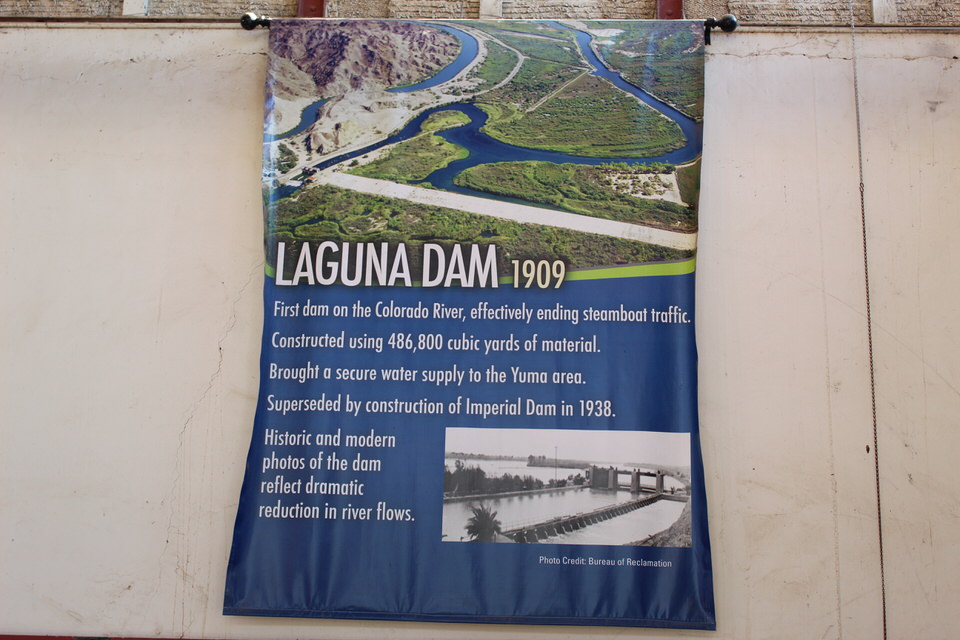 That brings us to the end of another bit of Yuma history.  Tomorrow if all goes well we’ll talk about the importance of the railroad.  Oh, we finally heard it – a train whistle!  If you sit real quiet in the morning, and the wind is blowing just the right way, you can hear it real faint off in the distance.  Now, I feel at home.

That brings to an end our day on The Road of Retirement.  Once again it was a wonderful day from beginning to end.  We slept late.  Played some Mexican Train.  Planned some more trips – we’re looking forward to going to the Quartzsite RV Show in a couple of weeks.  In addition we’ve found other local attractions that we want to check out.  The day ended in a rather unusual way – it was totally overcast with big ugly looking clouds.  The clouds that hovered over us would indeed have probably brought storms and rain anywhere else but not here.

Yes, we watched Jeopardy.  Come on James, you have to pull it together.  We rooting for you.