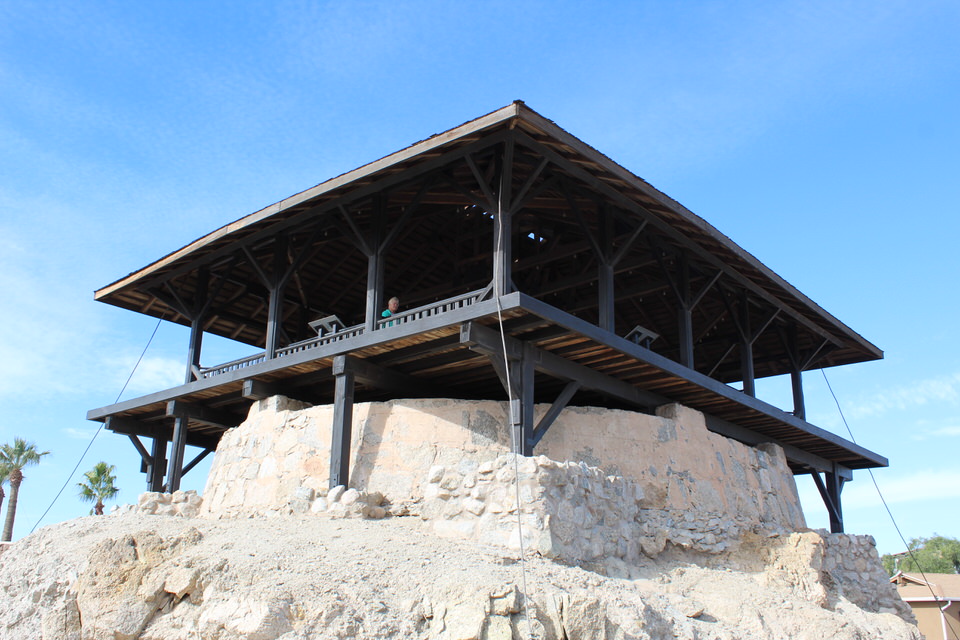 Ah, it was so nice sitting around the fire place last night.  Honestly, that little heater puts out a whale of a lot of heat.  Normally, we put a small heater in the back by our bed and open the bathroom door – which separates the front from the back – so the heat stays back there.  Then, when we get up we close the door and kick the heat pump on to warm up our entire house.  Last night we turned the new heater on in the living room, kept the bathroom door closed, and lo and behold when we woke up this morning our whole house was warm.  Awesome.

Let’s take a quick trip around our community.

A shy turtle, trying to hide under a bush. 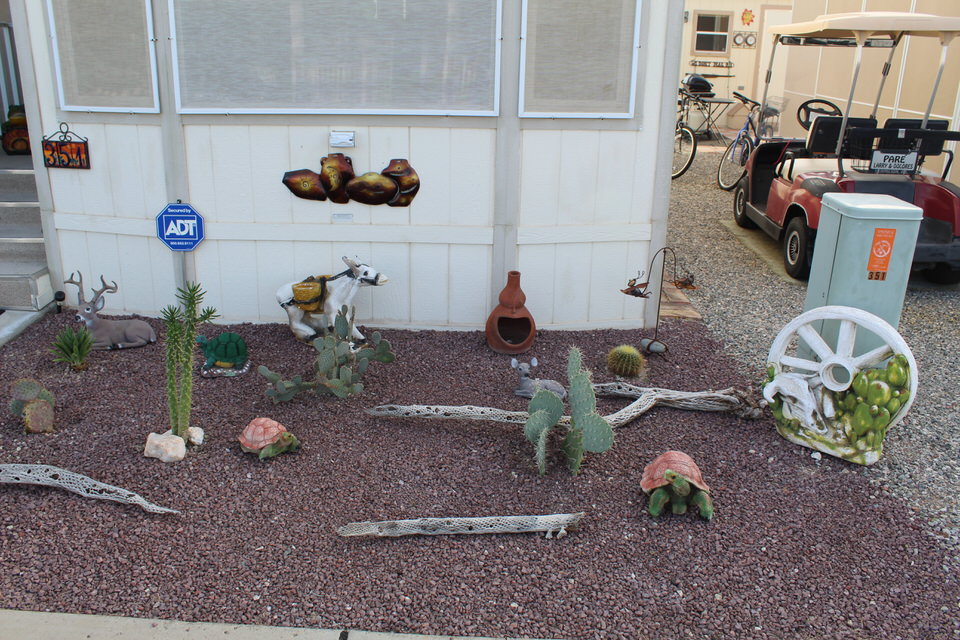 A tastefully done front yard.  They even have two turtles. 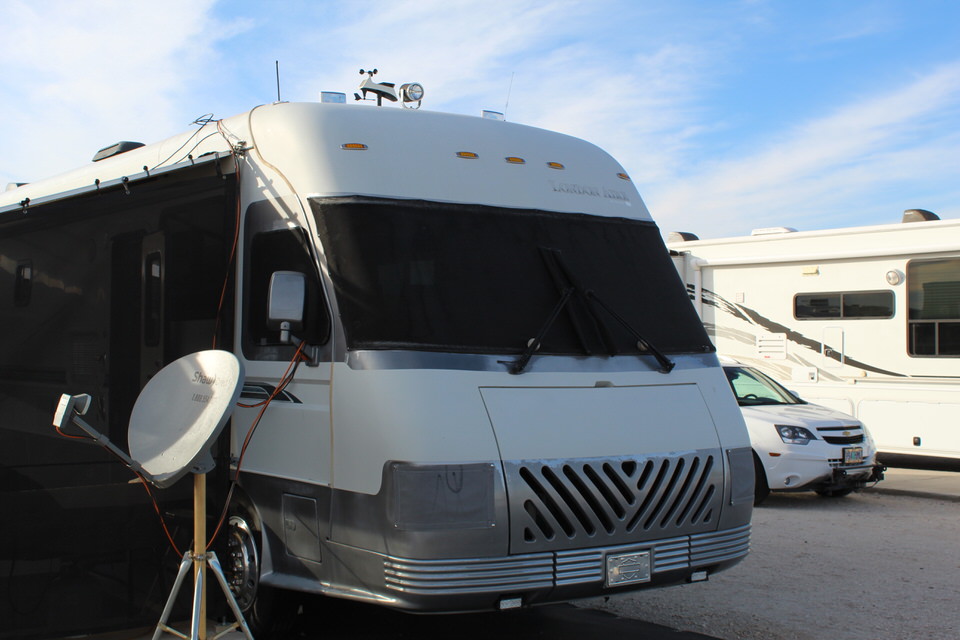 Its obvious that the ten year rule is not enforced here.  This is a 1995 Newmar London Aire diesel pusher.  Really nice looking.

So our hunt for a new LV continues.  We’ve narrowed the field down to only Newmar products.  We feel the Mountain Aire we looked at would be just the ticket for us.  Yet, before we pull the trigger we want to check out four more rigs, three Dutch Stars and a Kountry Star.  Inspection visits are scheduled for the first weekend in February.   Once they’re finished we’ll sit down and see where we go.

We’re going right now back to 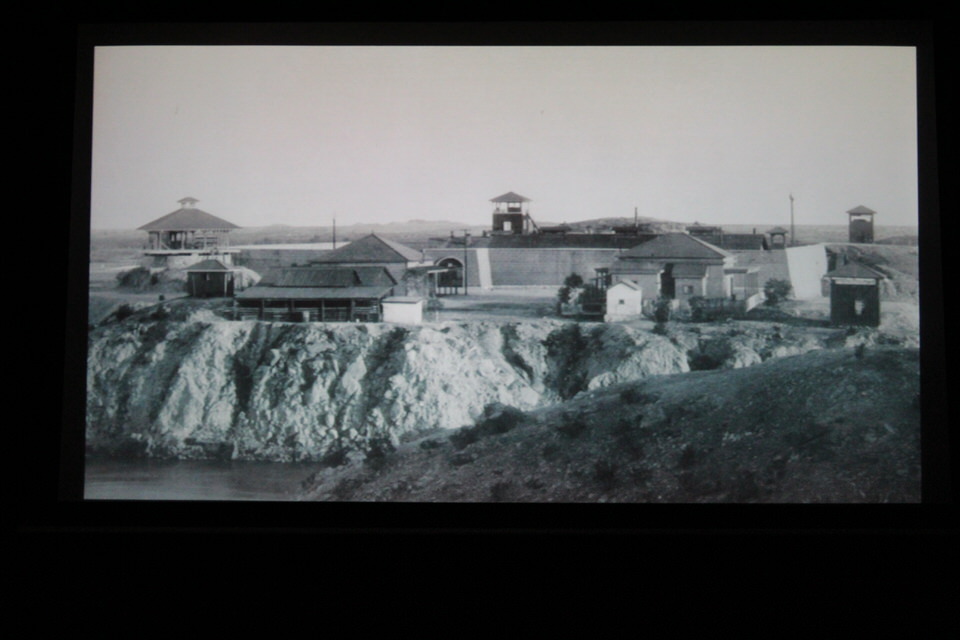 So we had those who refused to behave and those who kept trying to escape.

This is where they ended up.

Through that vent hole in the ceiling it was rumored that the guards often dropped snakes and scorpions onto the caged prisoners below.

A model of the Dark Cell.  There was an outer and an inner door.  Then there was the cage.  It was supposed to hold only at the max 6 inmates.  But at times upwards of 14 would be put in the cage and others would be chained to rings in the floor around the cage.

I’m inside looking toward the entrance door.  Can you say dark?  Really dark?

Inside, using a flash.  The grate is the floor of the original cage.  Think about its size.  Then try to visualize 14 inmates confined inside, no place to lay down but who would want to since there were also no toilet facilities.  Not even a chamber pot.

Who watched over the inmates? 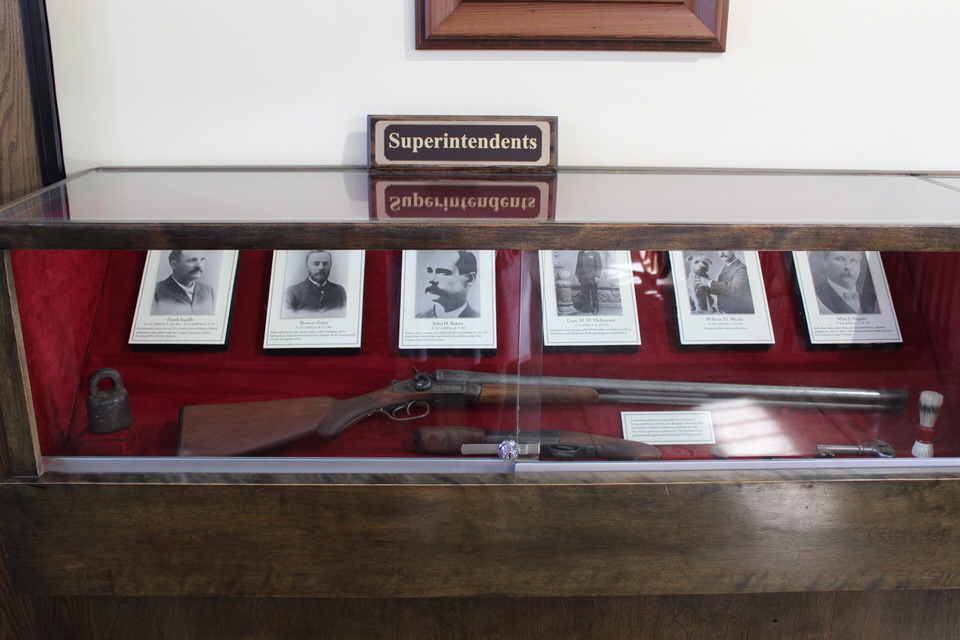 They were really the wardens.  A position here as Superintendent was very desirable since the pay was twice what it was anywhere else. 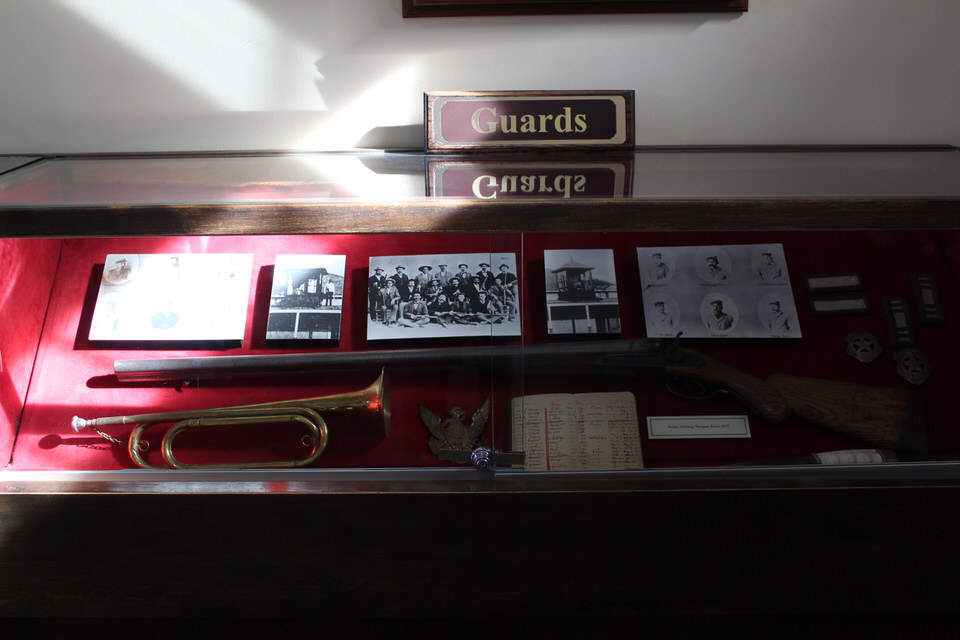 There were the guards. 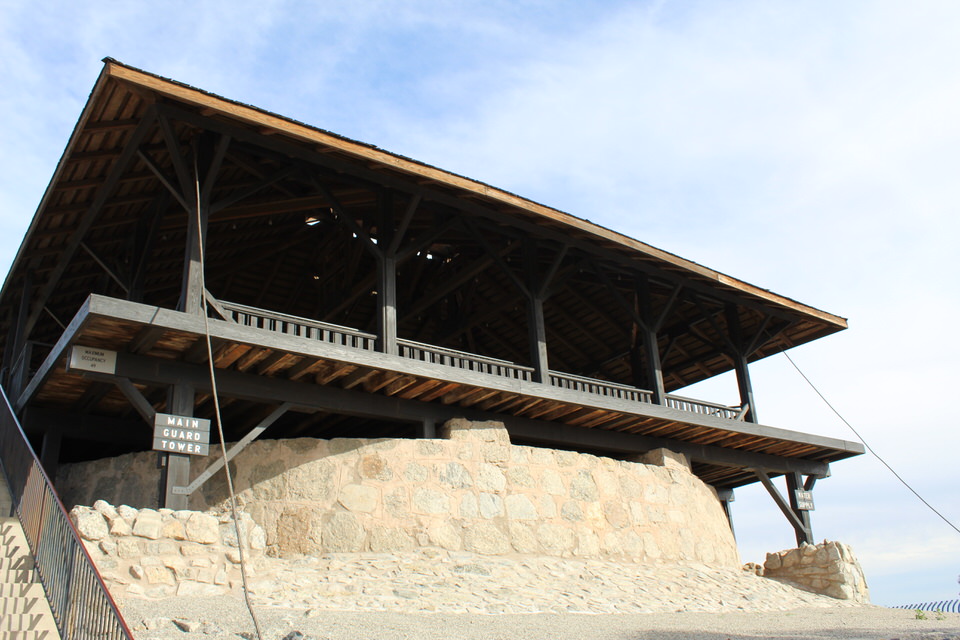 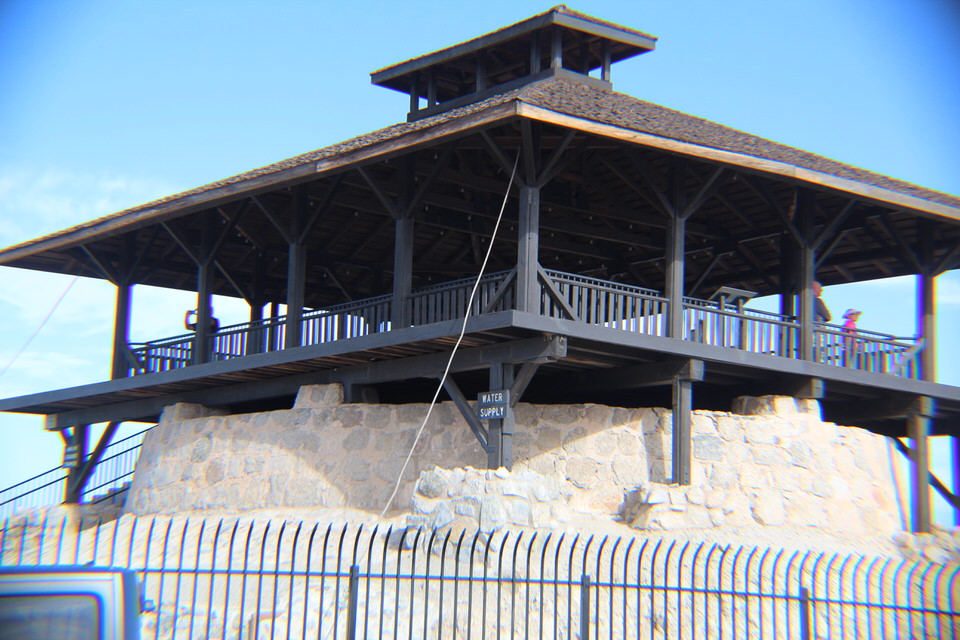 In addition to the Superintendent and the guards 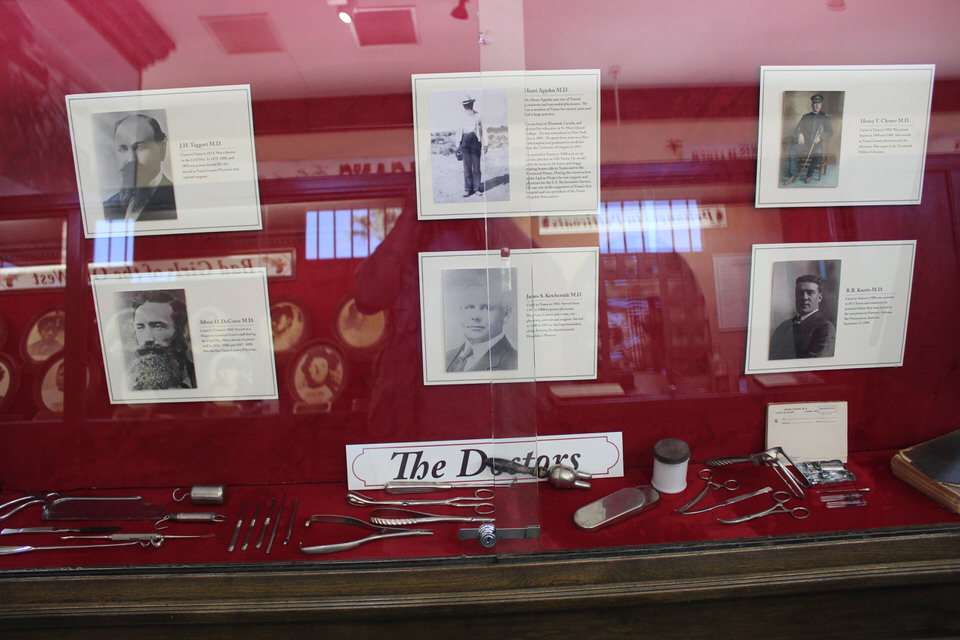 Each inmate received excellent medical and dental care, better care in fact than the citizens of Yuma received. 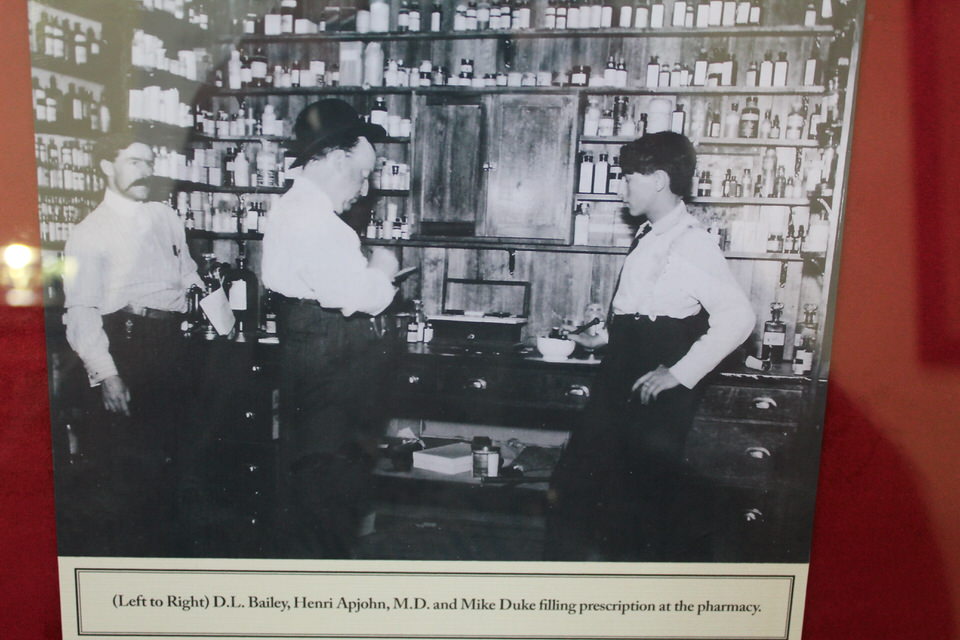 Also, for the benefit of the inmates 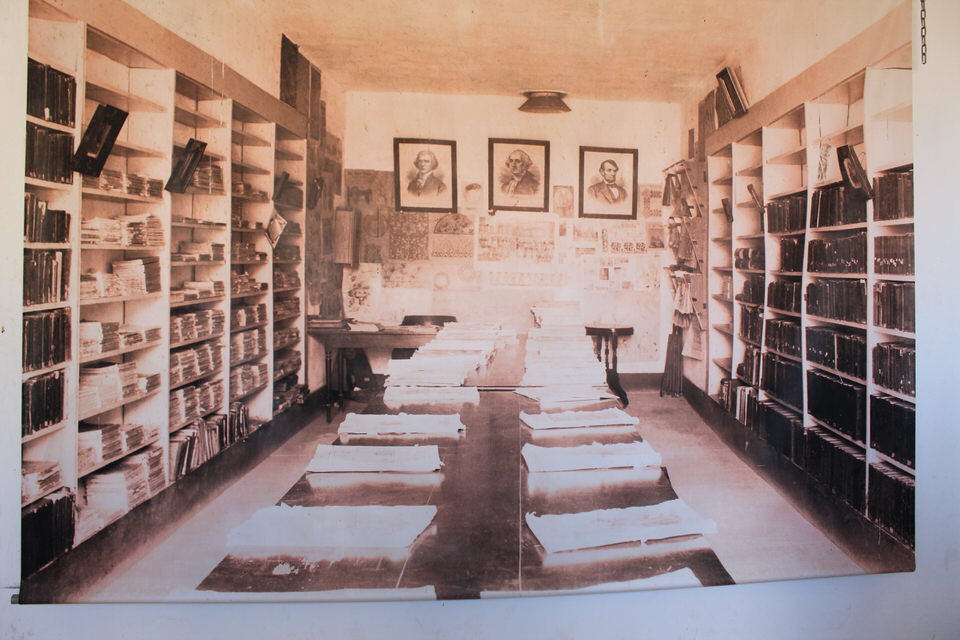 There was a complete library of books.  Inmates who could not read or write were given the choice of learning to do so in either English, Spanish, or German.  The first two I could understand but the third?  It was then that our tour guide explained that at this point in Yuma’s history there was a large German population in the area.

Despite the excellent medical care not everyone made it out alive. 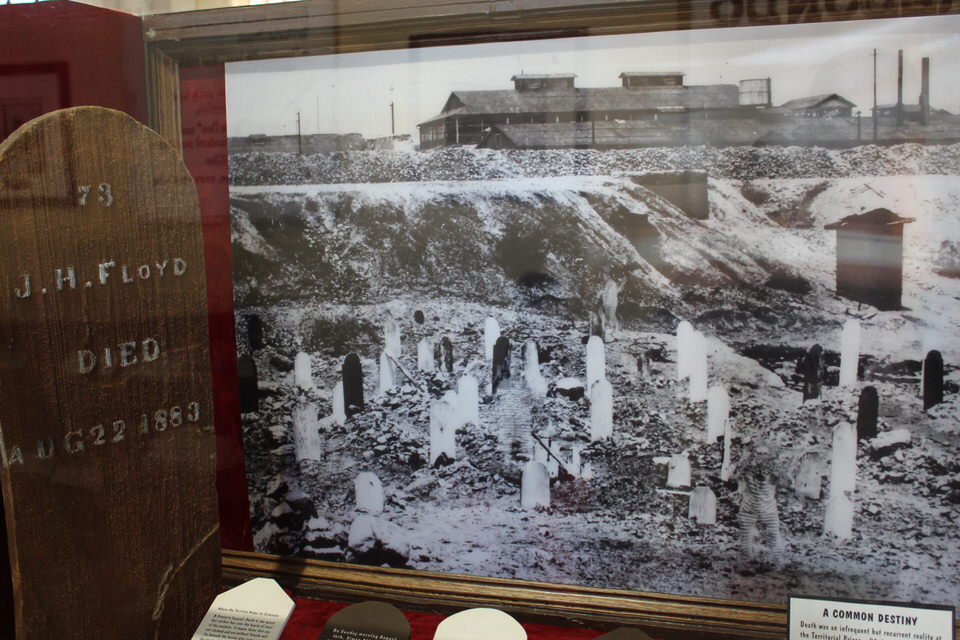 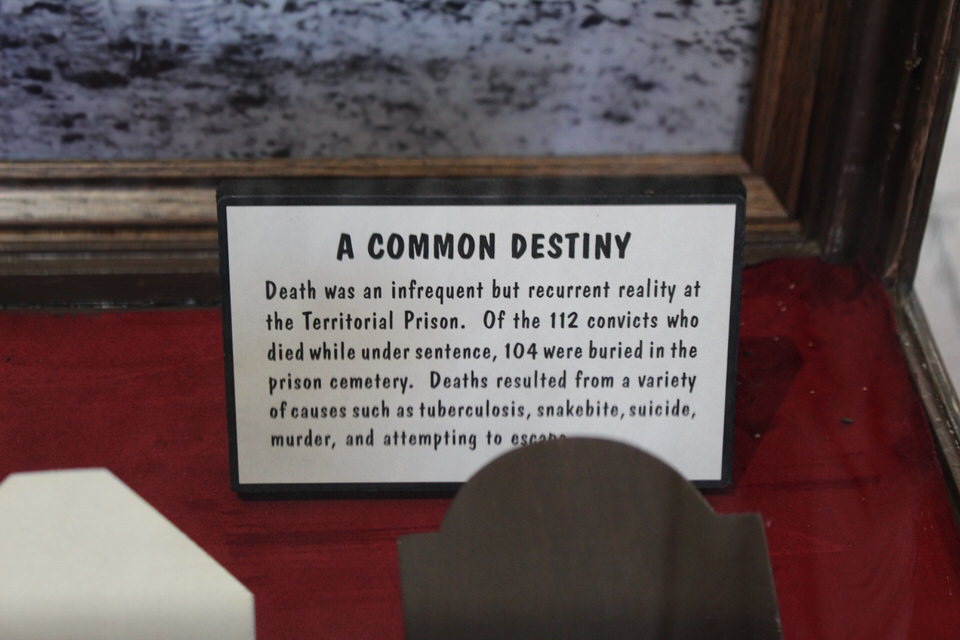 Outside and adjacent to the prison.

You’ll not find a tombstone here.  Over the years before it became a park they were all stolen.

In 1909 the prison was overcrowded and there was no room for expansion.  Therefore, the decision was made to close the prison and transfer all inmates to another larger prison.  But soon another use was found for the facilities. 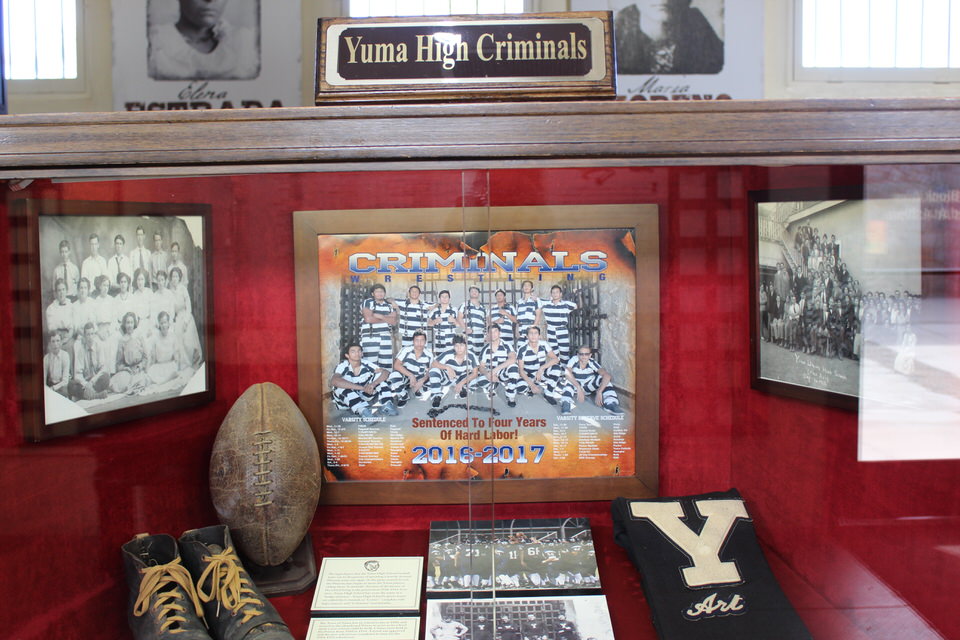 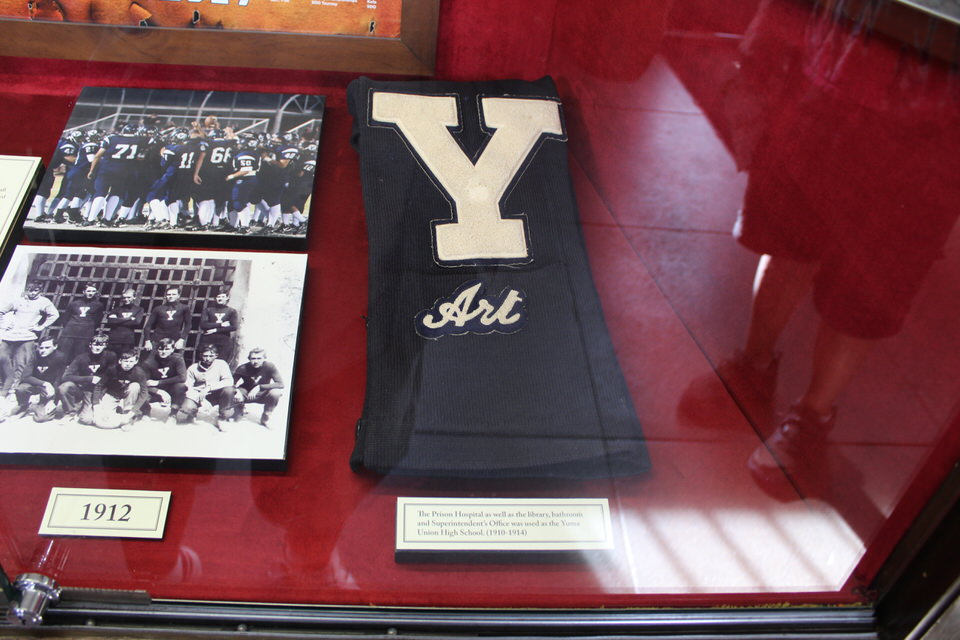 When the High School moved out and into its new building and after several other Yuma organizations made use of its facilities, it was finally left vacant with the subsequent consequences.

The other half of the prison used to extend westward from this wall toward the city of Yuma.  Note the tracks in the picture before this one? The black bridge in the background of this picture?  Read below.

But then the community rallied around the restoration of the prison.

The story is not done yet. 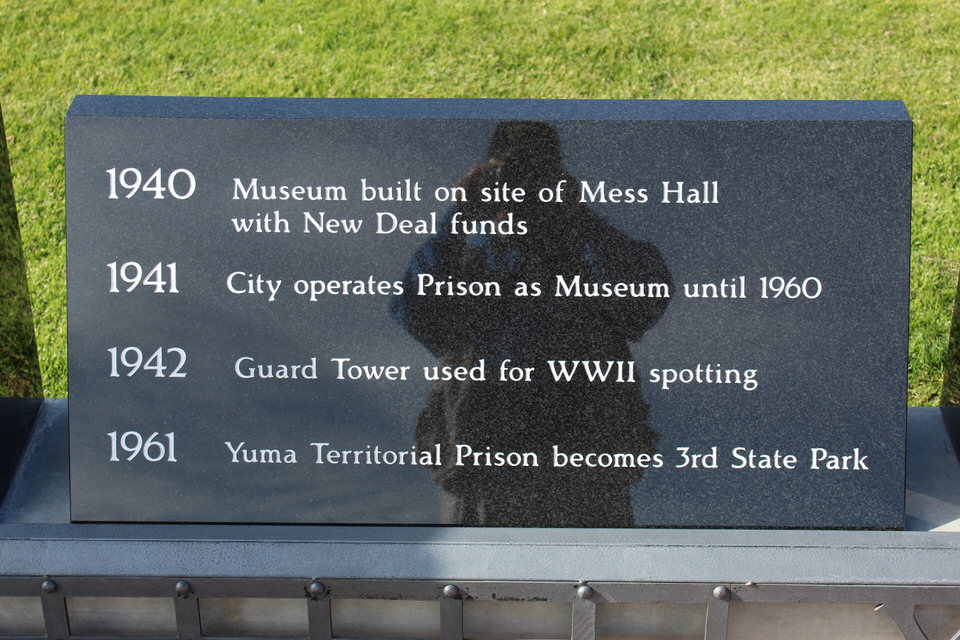 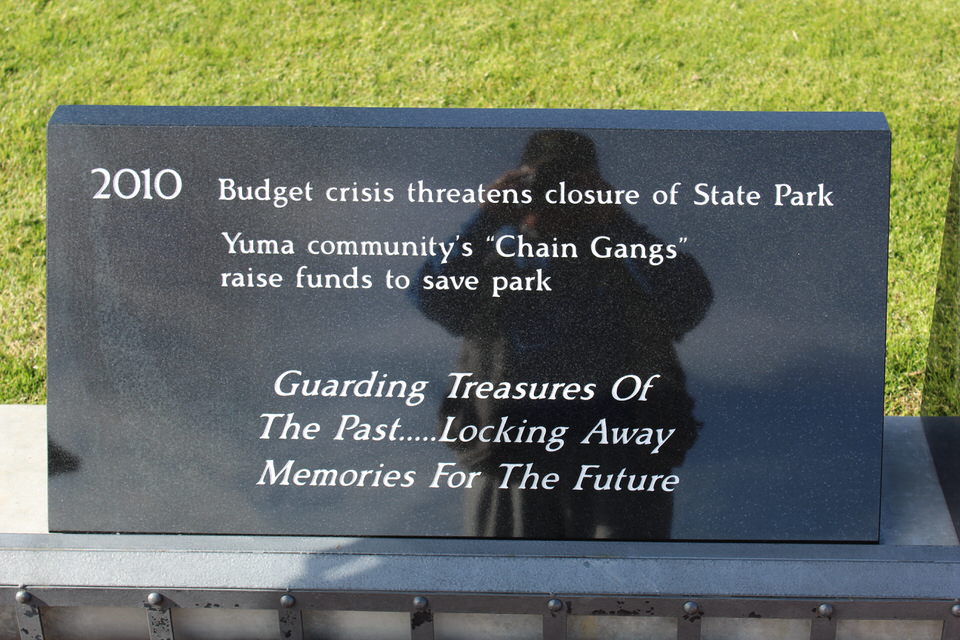 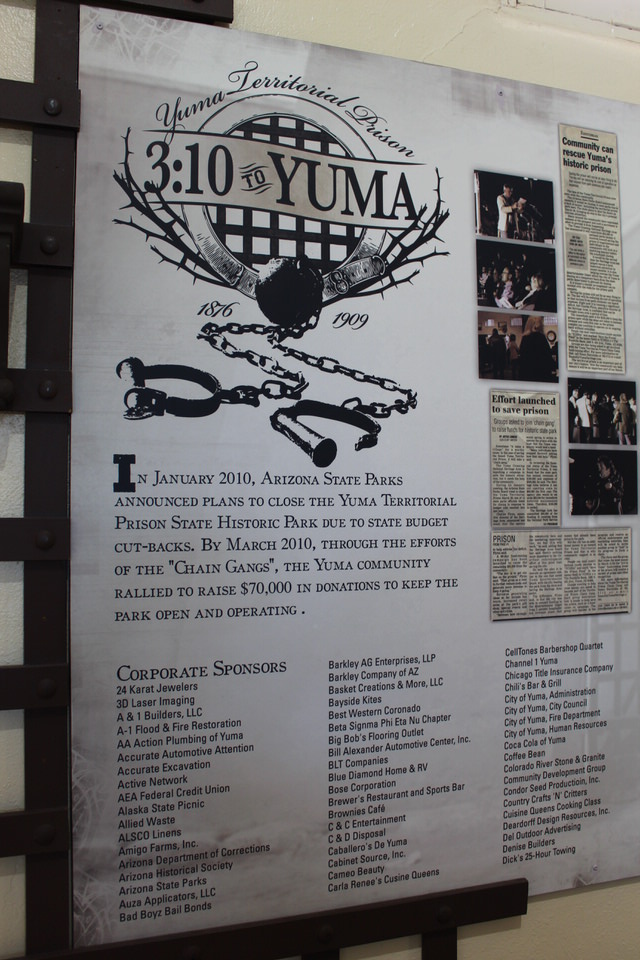 So today the prison has been saved so all can learn yet another part of Yuma’s history.

Who would have thought that a prison would be such a fascinating place to visit.  Yet it proved to a very worthwhile trip.  Definitely worth putting on your bucket list of things to do if you are ever in Yuma.  Oh, by the way for those who believe in ghosts, the prison is also supposed to be haunted.  Now,  let’s see what was that other place someone suggested?  Alcatraz, that’s it.  We have now put it on our bucket list of California musts to visit.

So our day on The Road of Retirement has come to an end.  Despite Dish pulling the plug on most of our local channels due to a contract dispute with the carrier that supplies them, we were still able to watch the playoff games using our OTA antenna.  Time now to pull the plug on our local channel package with Dish.