The Big Day is Around the Corner

The second and final night of the big freeze.  Though it got down again to twenty six degrees, knowing I had plenty of propane I let the furnace run throughout the night.  The result being that when we awoke this morning it was comfortable inside of Graybeard.  The only complaint that Barbara had was when she opened the cabinet to get our breakfast dishes and found them freezing cold!  Oh well, these two mornings are now no more than a distant memory.

Week two is now in the books for our New Hope project.  To say that we are all dragging is putting it mildly.  Two are on the way to the chiropractor,  another has vowed to sleep in until Monday morning, and still others are planning on just kicking  back.  As for us we have no time rest.  This weekend is going to be a busy one.  More about that later.

The town of Tucson finally came through with the dumpster they had promised us.  Once delivered we went to work filling it up.

Remember all that Boy Scout stuff we dragged out of the closet?  Barbara made a phone call and the local district office came by and picked up about fifty percent of it.

The remainder of it being deemed not worth it we hauled load by load to the mighty dumpster.

Once our schizophrenic tractor was up and running again I was off and running.  I put new string on the weed whacker.  I purchased a pitch fork.  Then I spent most of the day doing the final yard work.  I worked on weed whacking and picking up loads of grass that needed to go in the dumpster.

I also began bringing dirt over to fill in the hole by the entrance to where we park.  I have a few more loads to go and we should be good.

Joe, Linda and Bonnie worked on trimming the tree in the courtyard and hauling the limbs over to the dumpster.

Ever present was Pastor and his grand daughter working side by side with us.

Tool time.  Most of the NOMADS carry an extensive variety of battery power tools.  And a whole lot of other tools of every kind.  Some day I’ll have a few of my own.

The Big Day for Barbara and myself is right around the corner.

Tomorrow, Friday, we pick up our new RV.  We need to do a final inspection and go get our temporary Arizona plates.  They will be good for ninety days which should give us ample time to transfer our Florida plates from Graybeard to the new rig.  As for the name of this one, Barbara says it is her turn to pick a name.  So far she is drawing a blank.  Suggestions anyone? 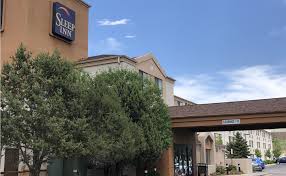 Since it is about a three hour drive from Tucson to the RV Park in Phoenix where we will pick up the new rig, Barbara suggested to save wear and tear on me that we come up the night before.  That way she said I could get a good nights sleep before having to turn around and drive back to Tucson.  Right.  Who is she kidding.  She just wanted a really warm night’s sleep and a hot shower in a spacious shower stall!  OK, I know she really was thinking of me and as always I appreciate her concern and the way she looks out for me.  She’s my love.

That was our day on The Road of Retirement.  We’re both glad the second week is over.  Working with fellow NOMADS is always an honor and a load of fun.  We’ve formed many new friendships that will last a lifetime.  Still, it is tough getting up each morning to go to work.  Furthermore, it never ceases to amaze me how much is accomplished by so few with so many physical limitations.  No one, not a one ever gives up or gives in.  Together we get the job done.  OK, I”m going to try and get some sleep.  Try, but my mind is racing with thoughts of tomorrow.  Wish me well.  We’re both excited that the day is just around the corner.

Thanks for coming along with us today.  We always appreciate your company, your questions and your comments.  I hope everyone who has had a question the last couple of days received the replies I sent.  If not let me know and I’ll try again.  Till tomorrow.