Let’s go back to yesterday and our trip to the London Bridge.  Once we discovered that it was only an hour’s drive away we decided we had to go.

The trip was an easy one with light traffic and moderate temperatures.  I wish I had had an opportunity to take some pictures of the mountains along the way.  They were absolutely breathtaking.  I can’t help but think, though, every time I see them what the first settlers to this area must have thought when they saw them.  Today we have roads in place to either go over or around them.  The early settlers in contrast had to find their way on their own.  It had to be really rough and daunting at times.

Soon enough we were in the parking lot outside the visitor center and the London Bridge.

The entrance gate to the visitor center.  The gate was once a part of Witley Court in Worcester, England.  Following a fire in 1937 which destroyed Witley Court everything of value was sold.  Robert McCulloch (more about him later) bought one of the gates and shipped it to Lake Havasu City.

Some of the art work at the top of the gate.

The fountain was built in 1999 with stones from Mexico and the lions from a landscape company in Las Vegas.  The fountain has nothing to do with the London Bridge – it is just there!

The entrance gate and the fountain as seen from the Bridge itself.

This was our first stop.

When you walk in the door you know immediately where you are!

This is why you are here – the famed London Bridge.  It is the second largest tourist attraction in the state of Arizona.  The Grand Canyon is first.

The sixty four thousand dollar question, though, is how did the London Bridge end up here?

To begin with the bridge here today is not the original London Bridge.  The first London Bridge was built of wood.  Over the years bridges came and went.

One of the earliest bridges had homes and shops built on top of it.

In time the homes and shops were removed leaving just the bridge.  Actually, a new bridge.  Fast forward to 1962, the London Bridge (131-years-old at the time) was discovered to be sinking into the Thames, unable to handle 21st century traffic demands.  Rather than demolishing it the city of London decided to auction the historical landmark to the highest bidder.

Enter Robert Paxton McCulloch.  A real estate developer who acquired 26 square miles of land upon which sat an abandoned military landing strip.  He was given the land by the government for free with a promise to develop the land.  But the real estate agents could not bring in prospective buyers.

McCulloch’s real estate agent, Robert Plumer, learned that the London Bridge was for sale and convinced McCulloch to buy it and bring it to the area to attract potential land buyers. The initial response from McCulloch was, That’s the craziest idea I have ever heard, but after consideration, he decided to go ahead and purchased it for $2.46 million.

The London Bridge was dismantled block by block, with each section marked and numbered

and then shipped through the Panama Canal to Long Beach, California.

The bridge arrived in pieces at the Port of Long Beach, California and were transported overland to a storage compound.

The bridge pieces were reassembled by matching the numbered stones.  It took three years and a few more million dollars to put it back together.

Some interesting things to note about the bridge:

When Robert McCulloch brought the bridge to Havasu from London, he only brought the outside of the bridge because the inner granite structure was too massive to ship.

McCulloch built a concrete structure in the shape of the London Bridge and used the outside of the bridge to complete the structure in Havasu.

The London Bridge was reconstructed by tearing a page out of the Egyptians book on how they built the pyramids.  Mounds of sand were created to outline the original construction of the arches. As the arches were finished, the sand mounds would be removed.

To place the bridge 2 million cubic yards of earth were moved, 10,000 cubic yards of concrete were poured over nearly 2 million pounds of structured steel and three miles of wire provided power and light during the reconstruction of the bridge.

The bridge was not reconstructed over a river, but rather it was rebuilt on land in a position between the main part of the city and Pittsburgh Point, at that time a peninsula jutting into Lake Havasu. Once completed, the Bridgewater Channel was dredged under the bridge and flooded, separating Pittsburgh Point from the city, creating an island.

Ah yes, stairs and lots of them.  They lead to the walkway on the bridge.

On the way up the stairs you can see one of the numbered blocks.

At the top of the stairs we discover the love locks.  Two lovers buy a lock, write their names on it, throw the key in the in the Bridgewater Channel.  This means:  we will stay together forever.

I started my walk across the bridge at the dedication plaque.

The view across the bridge to the other end.

One of the old vintage lamps on the bridge.  I discovered that they were once cannons used by the French army under Napoleon Bonaparte in the Battle of Waterloo in what is now present-day Belgium.  The cannons were brought to England after the English and Prussians armies defeated the French. Iron was needed for the lamp posts, and being the recyclists the British are, the canons were melted down and used to illuminate the bridge at night.  Now how about that.

The plaque at the other end.  A half mile to, and then a half mile back to the beginning.  Yup, I got my exercise today.

Picture of the Bridgewater Channel from the bridge itself.

Time to go back down.

There was Barbara waiting for me.  Mask on.  Six feet from the next person.

That was our trip to the London Bridge.

I almost forgot, yup, I got a new T-shirt.

Time to wrap up our day on The Road of Retirement.  We really enjoyed getting out and about yesterday.  Looking forward to doing more of it as we can in the days and weeks ahead.  However, most of what we had planned to visit this year is no more.  We have decided to scrape it all and just make our way back to Florida for doctor appointments.  We’ll come back out next year and try to do then what we wanted to do this summer.  Time will tell. 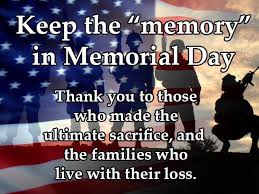 Hope you enjoyed our tour of the London Bridge.  Always appreciate your comments.  Keep safe.  Wear your mask – if not for yourself then for someone else.  Remember, six feet apart or you could end up six feet under. Wash your hands often.  See you tomorrow.