Yippe, I Can See Again

The heat is on that is for sure.  Worse part of it is there is not a site here that has any shade in the afternoon when the heat is the worse.  I know, I’ve walked all over looking for a site with some shade trees. 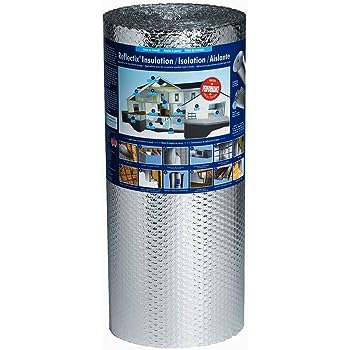 So desperate times call for desperate measure.  We purchased another roll of reflectix and installed it in all of the windows on the drivers side.  There is a noticeable difference in the heat coming in, especially through the large drivers side window in the front.  Thankfully, both AC units have been performing flawlessly.  They run just about all day long as of now and with both going we are able to keep the inside reasonably cool and comfortable.

Today we decided to get out and about, if only briefly.

Meet Paisano Pete the official Town Mascot.  He can be found in the center of town.  He stands 11 feet tall and is 22 feet long.  He is probably one of the most photographed birds in the state of Texas.

Across the street from Paisano Pete is the Visitor Center.  It is located in the original Kansas City, Mexico and Orient Railroad Depot.  The city secured the building in 1991 and rehabbed the building to become the town’s Tourism Center. Today, there is still a rail line that runs behind the center.  It is one of only seven rail gateways between the United States and Mexico.

The Lone Ranger would probably not be welcomed in the state of Texas.  Face masks are only requested, but not required.  Is it any wonder then why the virus is running unchecked through this state?

In 2008 the City undertook the transformation of the grounds surrounding the Center.  The new grounds highlight important pieces of Fort Stockton’s History.

This is a representation of Comanche Springs and Comanche Creek.  This is literally, the reason for this town’s existence.  The convergence of multiple highways and rail lines at Fort Stockton is due to the historic use of the springs as a watering stop for travelers over hundreds of years.  In the days of horse drawn wagons, trails were laid out from one water source to the next.  They were usually 25 to 30 miles apart.

Once one of the largest artesian systems in Texas it used to supply 60 million gallons of water a day.  As early as 1875 farmers began using the water from the spring for irrigation.  One account in 1899 measured the flow at some 500 gallons per second.

Every September since the late 18th century The Great Comanche War Trail which came directly through Fort Stockton brought huge numbers of Comanches on a north-south path often a mile wide.  The figures seen in the first picture represent a Comanche hunting party approaching Comanche Springs.

Military presence began here with the establishment of Fort Stockton in 1858 by troops of the 1st and 8th infantry.  The post protected the numerous travelers who made use of the abundant water supply of Comanche Spring.

The Fort was later abandoned in 1861.  Then in 1867 the 9th Calvary under the command of Colonel Edward Hatch establish their headquarters here.  The 9th was later joined by the 24th and 25th Infantry Regiments and later by the 10th Calvary.  These soldiers proudly accepted the name given them by their Indian adversaries – Buffalo Soldiers.  It was an honor indeed for the Indians considered the Buffalo to be a noble beast of strength and stamina.

The Vaquero or cowboy were rough, hard working mestizos (mixed Spanish and Indian settlers) who were hired to drive cattle between New Mexico and Mexico City.

The Longhorn cattle that they worked with often weighted upwards of 1,800 pounds and had horns with a span of four to nine feet.  Needless to say, they were difficult and dangerous to work with.  They responded by becoming masters of roping.

The Hispanic culture represented by the Vaquero has been influential in shaping the culture of Fort Stockton.

Finally, a bit different but just as important.

Did you catch that?  70 million barrels of oil have been produced from  the Fort Stockton area!

One last stop on the way home.  The other day I picked up my glasses and the one lenses dropped out.  Oh say can you see!  Barbara found this eye care center, she called and they told us to come on in.  Well, we walked in and there in the front was a sign We will not service any glasses not purchased here.  Really?  But when we explained our situation they showed us some genuine Texas hospitality and took care of my glasses immediately.  Thank you my friends.

That was our day on The Road of Retirement.  It felt really great to get out and about.  Being able to see clearly again is also a big plus.  Now, if only the temperature would drop just a few degrees all would be well.  Time to get some ice cream for supper.

Thanks for stopping by today.  We always enjoy your company and appreciate your comments.  Be safe out there.