So today was the day.  Today we were installing our Dish Satellite system.  Thus we started the morning with eager anticipation.  Just in time for the Hallmark Christmas Specials.

First things first, however, meaning it was time for breakfast.  This morning it was one of my favorites, a chili cheese omelette, a side of ham, and a couple cups of coffee.  Yummy and oh so tummy filling.  The perfect way to start the day.

Time now for the Dish install.  And this is where it all began to go wrong.  We were supposed to be installing two receivers, one for the front TV and one for the rear TV.  We were supposed to be installing a DVR on the main TV in the front.  Thankfully I wasn’t dong this myself.  We had a good friend who does this for a living doing the actual install.

He dug into the current components of our audio visual system and quickly found that it was not going to be as easy as he first thought.  In so many words there was no way that A could be hooked to B without modifying some of the wiring.  But to do that we needed some special parts.  Amazon to the rescue.  The parts we need will be here by Sunday.

Now where to put the satellite dish so that it had a clear view of the Southern sky.  Unfortunately, we are surrounded by trees.  We tried one location, nope.  Another spot, still no go.  Finally a third spot proved to be the charm.  Sort of.  The receive found three of the four needed satellites.

So we settled in to watch some TV.  We were fine until a thunderstorm came barreling through and the power went out and that was the end of that. We waited for a bit, rebooted the system and we were back in business.  Almost.  We lost all our local channels and the action package that Barbara had ordered for me.  Good news, though, we still have Hallmark!

Barbara then made a call to Dish.  She was on the phone for over an hour and they proclaimed it fixed.  NOT.  Still no local channels and no action package.  We still have Hallmark though!  By now we both found a new way to spell Dish – F R U S T R A T I O N

Barbara got back on the phone.  The net result, an entire afternoon and evening spent on the phone and still no local channels and no action package.  What to do.  We have no idea what we are going to do at this point in time.  Leave it alone for now and see what tomorrow brings.  Good news, though, we still have Hallmark!

That was our day on The Road of Retirement.  A bumpy ride for sure.  It got a little tense every now and then.  Barbara, though, talked me down off the ledge.  I really have no tolerance for systems that just will not work right.  Thanks for joining us and if you ever have a notion of installing Dish in your RV, please think twice.

Time to say goodnight and sign off for the evening.  Before I go once again a thought for all of us to mull over and ponder upon: 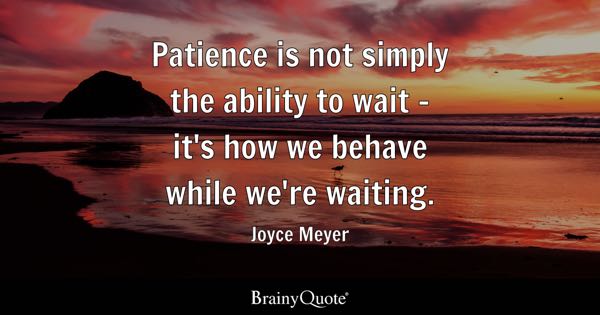