Let’s see, the last time I had to get up and go to work was way back in May of 2017.  For Barbara it was back in December of 2017.  Yet here we were up and at it at 6:15 am getting ready to head out the door to work/volunteer.  What a really weird feeling it was.  The worst of it is we’ve committed ourselves to this kind of schedule, four days a week, for the next 2 1/2 months beginning Jan 19th.  Ugh.

Where will we be?  At one of our favorite locations that being Dade Battlefield.  Today

was their annual Dade Battle Reenactment between Major Dade’s army and the Seminole Indians.  By the end of the battle only two of Dade’s men would be alive.

No, we were not part of the reenactment.  Ours was a more mundane role.  We were assigned to the mess hall otherwise known as Major Dade Lodge along with a group of other volunteers.  Our job was to see that the multitude of volunteers involved in the

reenactment along with other volunteers in period garb were well fed during breakfast and lunch.  This is the picture of the hall after breakfast and before lunch.  Empty tables

waiting for the hungry to gather for lunch.  This is the sign telling all what we would be

serving for lunch.  Here is the same hall with the first wave of the hungry.  All

total we served about 150 to 175 at breakfast and lunch.  Here is our serving line staffed

by some of the teenagers who make up the Dade Battlefield Youth Program.  This is the

refreshment table.  Less I forget here is Barbara with another volunteer in the kitchen.

Moving outside here are some pictures from this day’s event.  Here are Major Dade’s

men gathered together before the reenactment. Here are Major Dade’s officers.  Note the

colorful plumes on two of the senior officers, one being Major Dade.  The Seminoles knew of their practice of wearing these on their hats so they were the first ones they targeted and killed during the battle. Here is a picture of some of the Seminole Indians.

There was a booth dedicated to the history of the Seminole Wars.

There was also a Frontier Church Service Tent.

How did we make out?  Thankfully we were able to get home by 3 pm.  The first order of business for both of us was – PJ’s and naps!  When it comes to my knee let’s just say I was constantly aware of it from beginning to end.  I’ll ice it up tonight, keep it elevated and hope for the best tomorrow.  All in all it was nice knowing we were making a meaningful contribution to an important event in the life of the park.  One more day to go – for now.

That was our day on The Road of Retirement.  Another first in the books for us.  Maybe, just maybe this whole workcamping gig will not be as bad as I first thought.  Only time will tell.  At the very least we’ll be doing it our way hand in hand, side by side, singing our song.

Thanks again for joining us today on our journey.  We hope you had a great day like we did.  If not, then grab hold of tomorrow when it rolls around and live it to the fullest.  Time to go but before I do a thought for each of us to think upon: 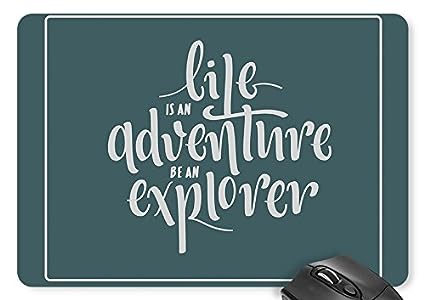 One thought on “January 5th, Saturday – Hi Ho, Hi Ho It’s Off To Volunteer We Go”