Ok, those of you up North have been dealing with some real nasty cold weather.  On the other hand we in Florida have been rather lucky.  Until now.  Temperatures most nights are now in the mid 40’s and by the start of next week they are talking of temperatures in the freezing range.  What next?  Snow!  Perish the thought.

So the week past was just another normal  week for us.  Physical therapy three times a week, the dentist, shopping, more doctor appointments and so on and so forth.  In other words not much different a week than those that live in a stick and brick house.  Except, of course we have no snow to shovel, no yard to attend to, and no taxes to pay.  We’ve settled into a very comfortable routine.  Nice.  But. . . .  We both agree we want to be back on the road.

Bushnell for us is like the comfortable old shoe.  It’s home.  We have neighbors we know and often speak with.  We know where  the good places to eat are.  We’re familiar with the best places to shop.  We’re going to miss being here next winter.  But then again it’s time to move on and boldly explore new places.  I’m sure, though, that we will be back sometime in the future.

As for this week.  It will be much more of the same with just a few wrinkles thrown in.  We hope to attend the RV Super Show in Tampa at the end of the week.  Everyone needs some time to just dream.  We’ll also be moving to our new home at Dade Battlefield on Friday the 18th.

Regarding workcamping, we now have a clearer idea of the days and hours we will be working and what we will be doing.  We work four days a week, from 8 am to 11 am.  We are both on the same shift so we are also both off at the same time.  Duties will be divided between the office, the front gate, cleaning the two bathrooms, yard work and routine maintenance.  Want to take a guess as to who will be in the office and front gate?  I don’t believe it is going to be me.  The only change in this schedule occurs when there is a major weekend event and then it is all hands on deck.

I’ve also continued to work on our plans for Tour America 2019.  Now, some will say that it is way to early to go reserving sites in different campgrounds.  Until you have a couple of experiences like I’ve had, that is snagging the last site that is available in a given campground during the months of June, July and August.  Yup, there must be a whole lot more people on the road in RV’s these days.  And everyone is planning ahead, or so it seems.

We’ve made one major change to the route plan already.  In July we’re going to take a detour east to Ives Run in PA.  This will allow us to spend a couple of weeks with my mom in Wellsboro, PA.  Since we are going to be out west for Christmas of 2019 as well as in 2020 we’re looking forward to the visit.  We’re so thankful for the way that God has continued to bless her.  Since she lost her home in North Carolina to the hurricane things have continued to just fall in place for her.   What was really great was the day that she said to me I really like it here and I’m glad I’m here.

Here’s a question for you.  When is a heater vent not a heater vent?  No, this is not a trick question.  Let me explain.  Behind my recliner, which is next to our entrance door, is a heater vent for the propane furnace.  I never gave it another thought all this past year.  I just kept it clear.  Well, the furnace went on the other day when I was sitting in the chair but I couldn’t feel any hot air coming out of it.  Guess what?  Upon investigation I discovered that it’s not attached to a duct of any type!  It’s just a big, open hole that allows cold air in from the outside through the front storage locker.   Live and learn.  It’s closed off now and there is a noticeable difference, no more draft coming in.  Yup, I’m still learning things about Graybeard.

That has what we’ve been up to on The Road of Retirement.  Thanks to those who have expressed concern about our well-being.  We’re healthy, not necessarily wealthy or wise.  Still enjoying our lifestyle, still doing it our way, hand in hand, traveling along, singing our song.  I trust everyone out there is doing just as great.  If you’re up north, grab an extra blanket, turn up the heat and keep safe.  Before I go something for each of us to ponder: 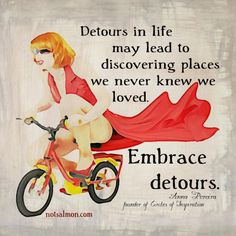 One thought on “January 15th, Tuesday – The Week That Was, The Week Before Us; Changes in Tour America 2019”