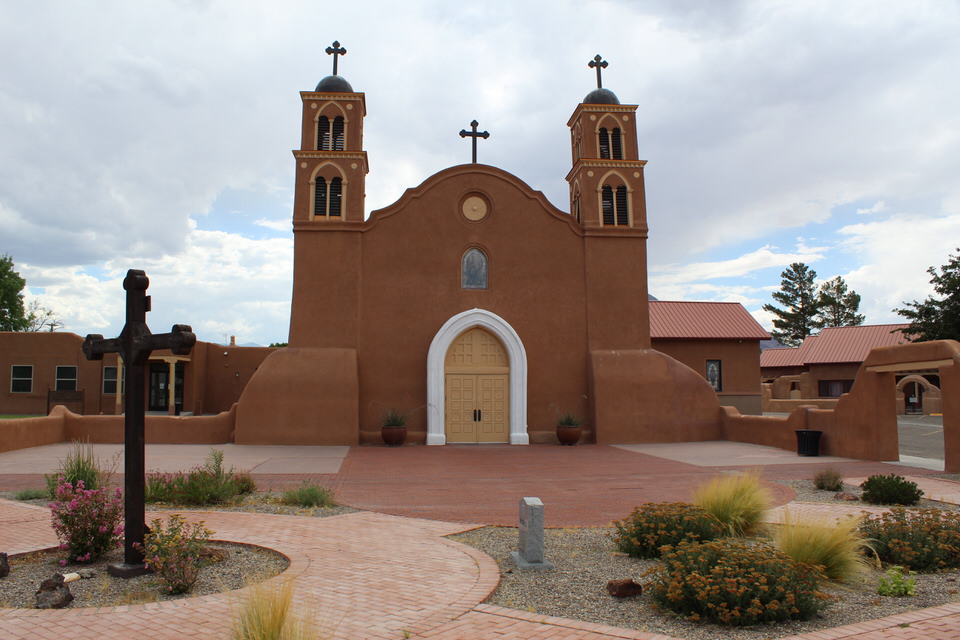 Home Is Where We Park It:  Kiva RV Park & Horse Motel

What to do, what to do?  Should we stay put?  Or should we go?  We were going crazy just sitting around.  One can only play so many games of Mexican Train before it too begins to get old.

We decided to go.  Now we needed to know where we were going.  Barbara got busy on the computer, put together a list of places, the download directions into her phone. 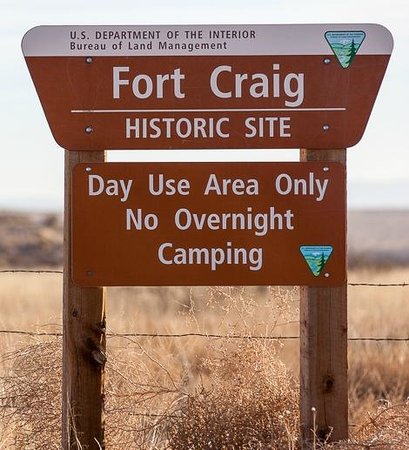 This was supposed to be our first destination.  Well, we got to the road leading to the site and said almost at the same time you have to be kidding, it is down that road?  Suffice to say we abandoned our first quest deciding we didn’t want to chance our car on the road in front of us.  Maybe another day when we are really feeling wild and reckless.

This was our second destination. 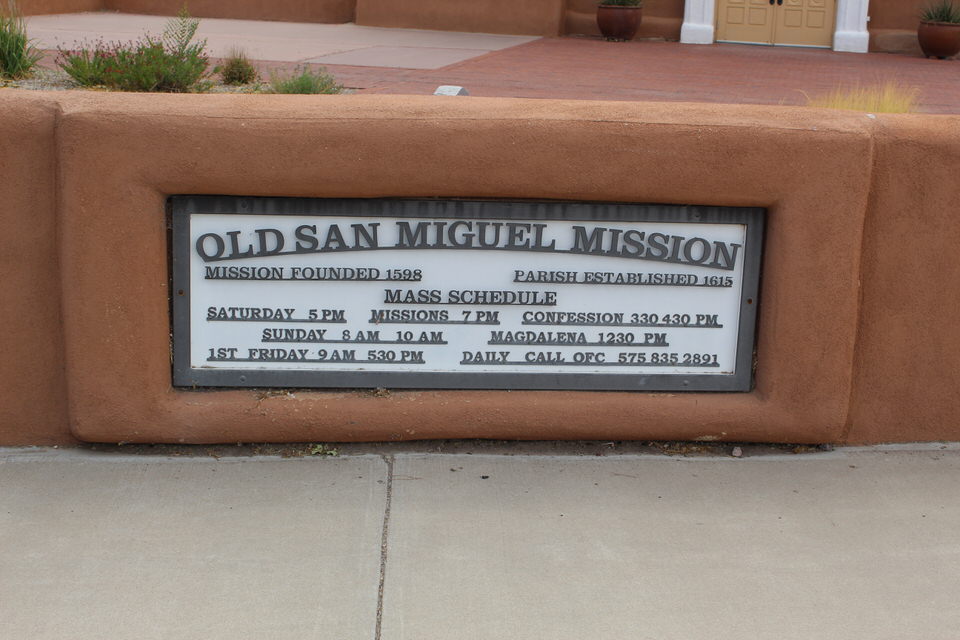 The church has a long, rich history, dating back to 1598.   A small church was built on the present site in 1626 when the Church formally recognized the mission. The church was abandoned following the Pueblo Revolt of 1680 and fell into ruins. By the early 1800s settlers had returned to the area and rebuilt the church. The church was renamed San Miguel in honor of Saint Michael following an Apache raid on the village when the people who sought refuge in the church were saved as an apparition of a winged man wielding a sword chased the attackers away. 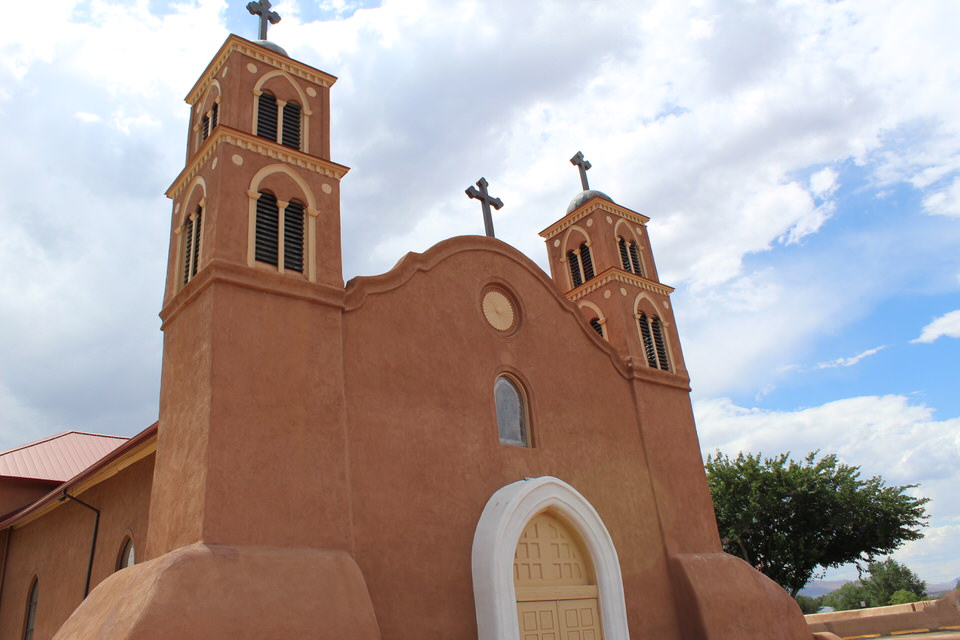 The church building has undergone changes over the years, including a new façade and towers. 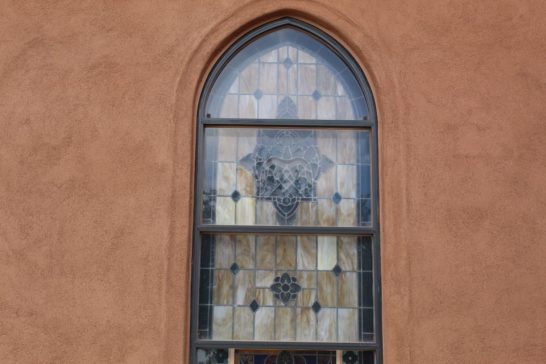 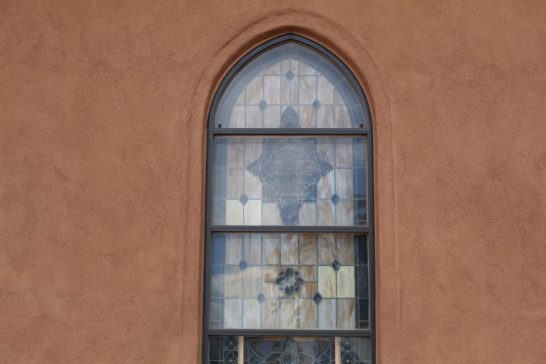 and the addition of stained glass windows. 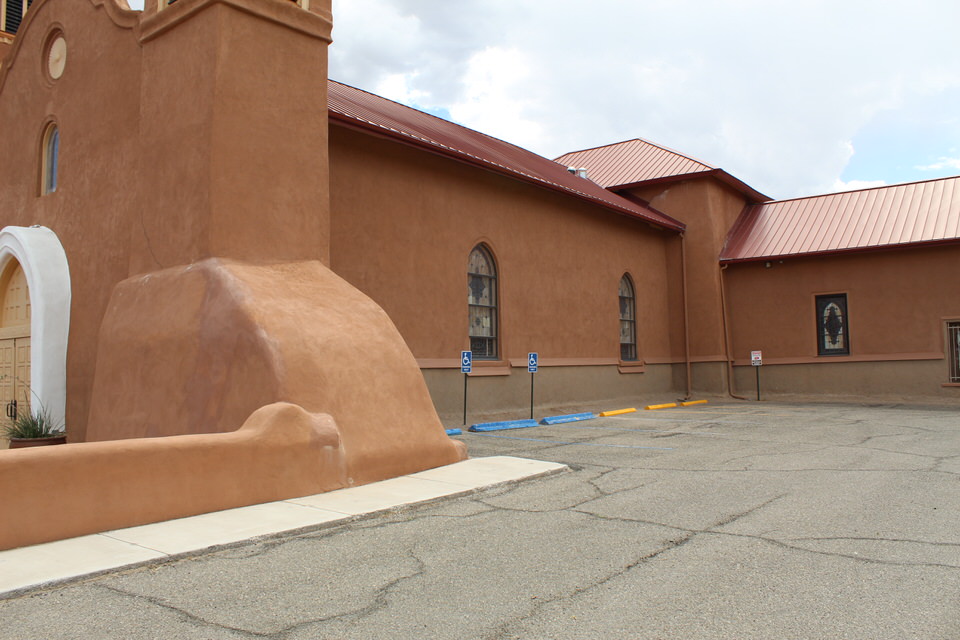 The main body of the church, which is the part built between 1615 and 1626, now seats about 250 people although many more attended services in the early 1880s when there were no pews and the people either stood or knelt on the floor. In 1853 another wing was built unto the church and this accommodates another 150. 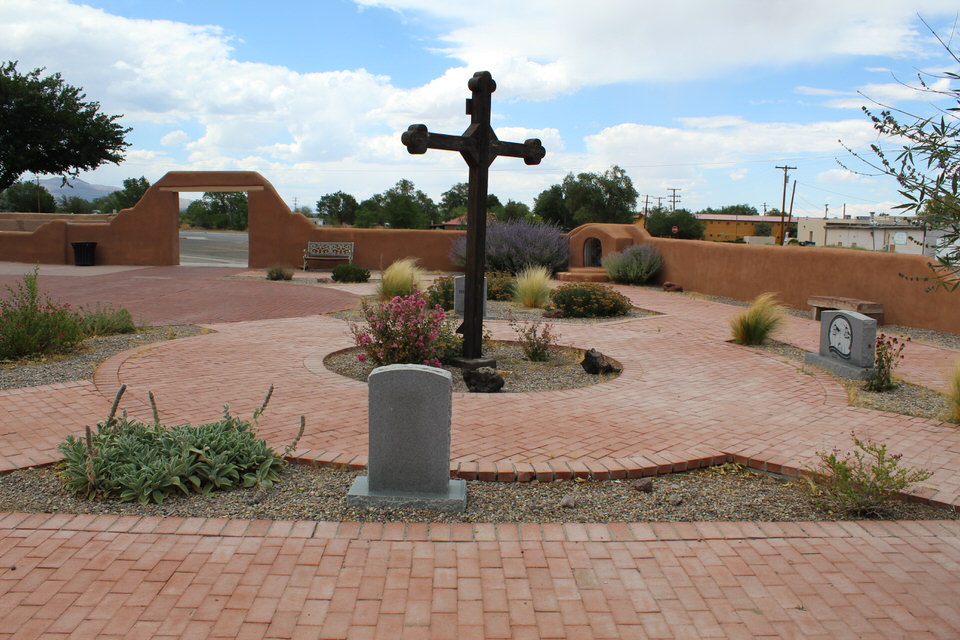 There is a small plaza in the front of the church 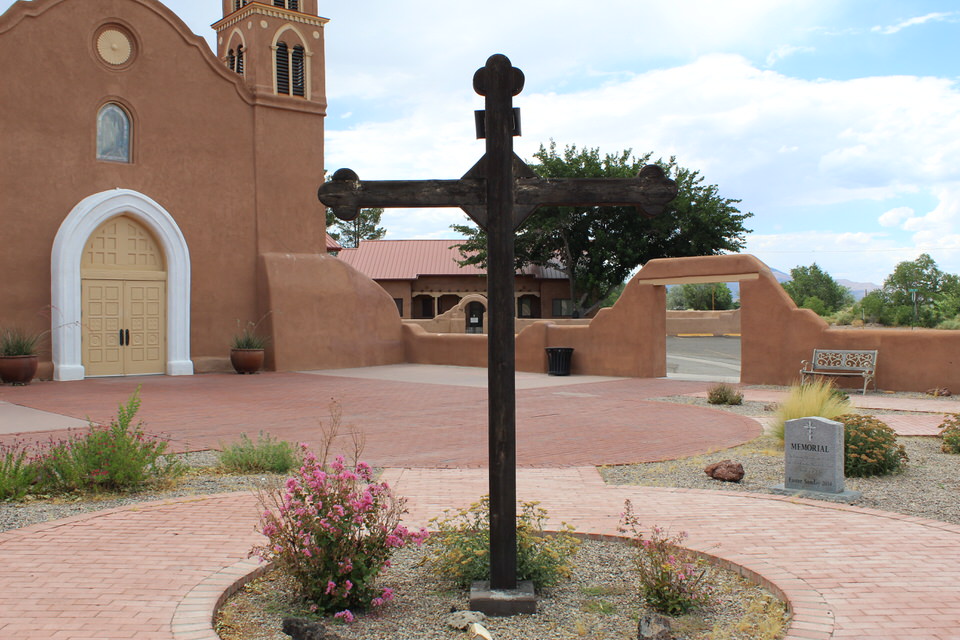 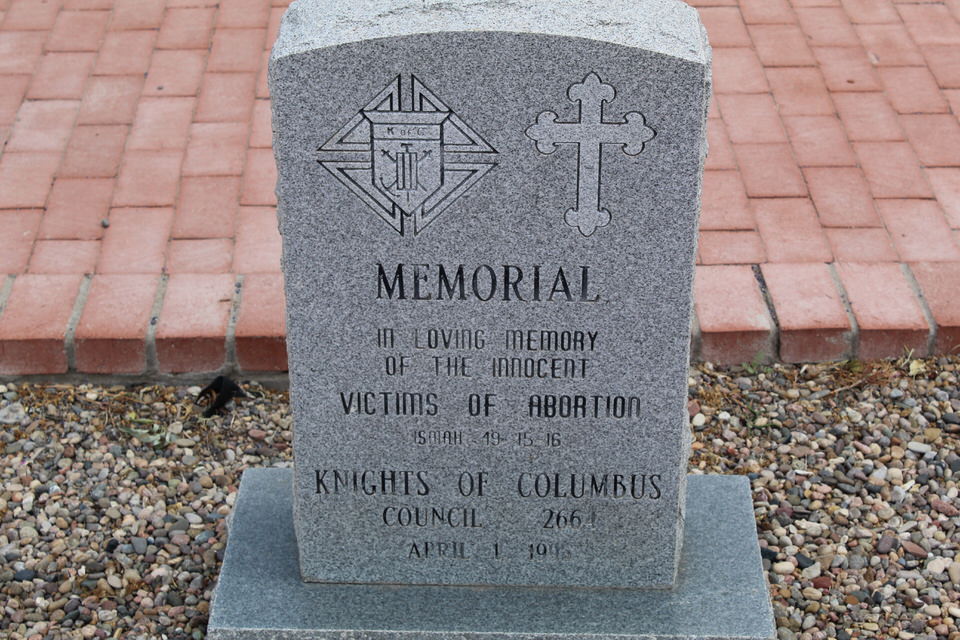 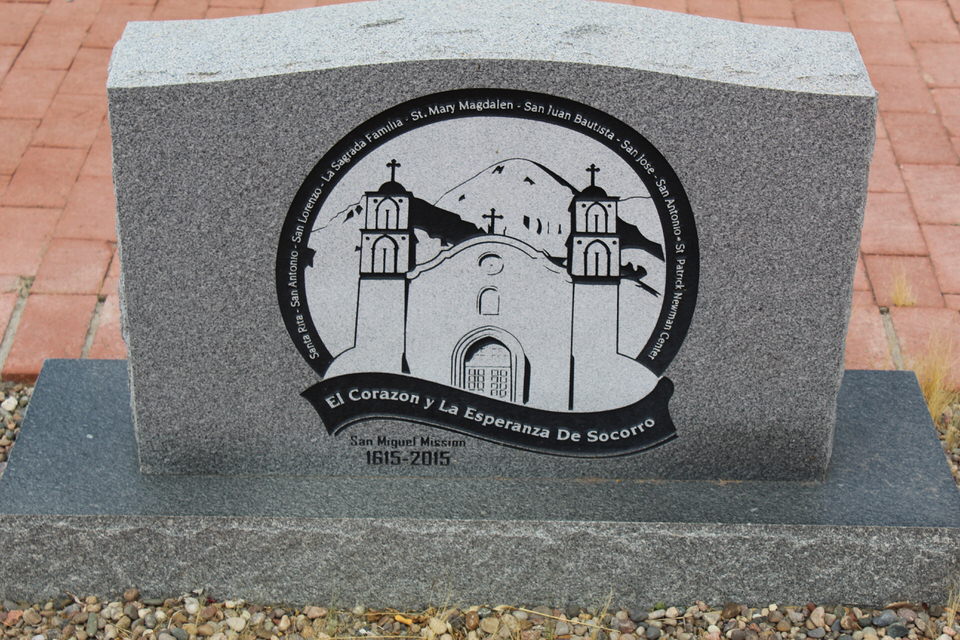 Placed here on the occasion of the 400th Anniversary of the Mission in 2015. 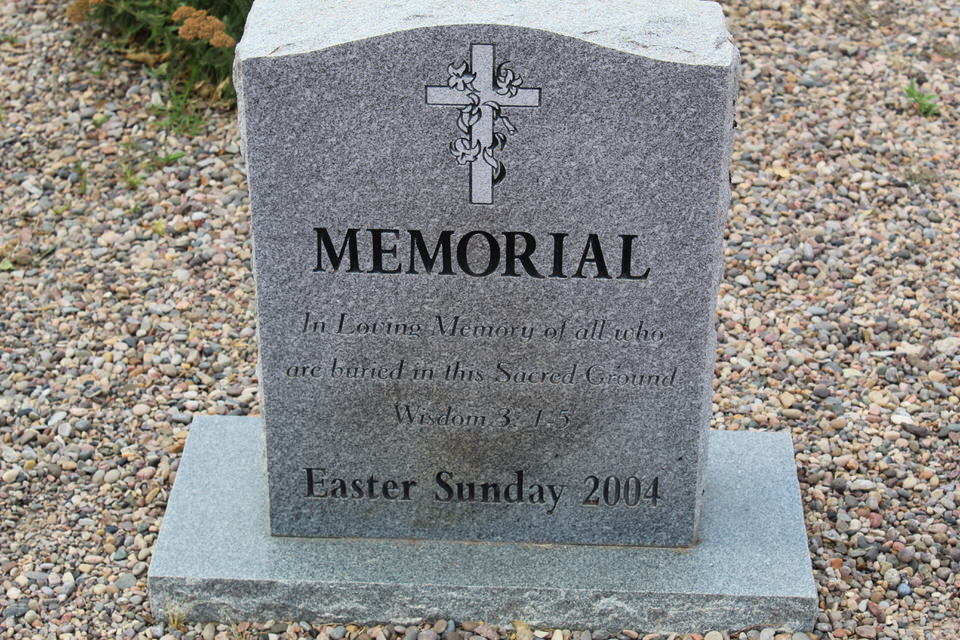 Not seeing a cemetery in the vicinity I wondered what this one meant.  A bit of research and I came up with this:  There are four sub-floors under the present church under which lie the bodies of some of the prominent residents of the past. Under the Sanctuary lies the bodies of four priests who died while serving the faithful of this historic Church.

Some more pictures from around the mission. 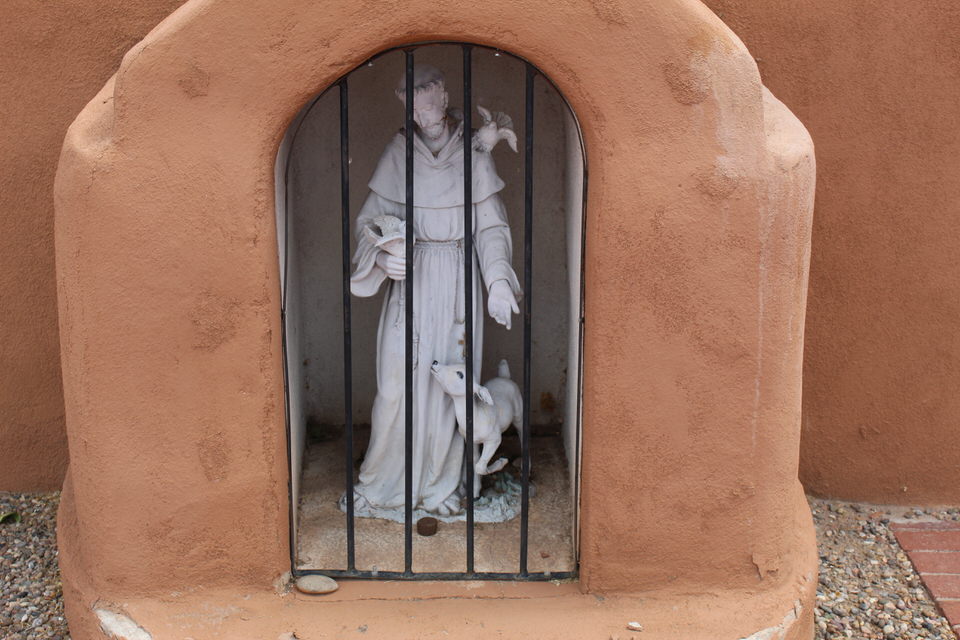 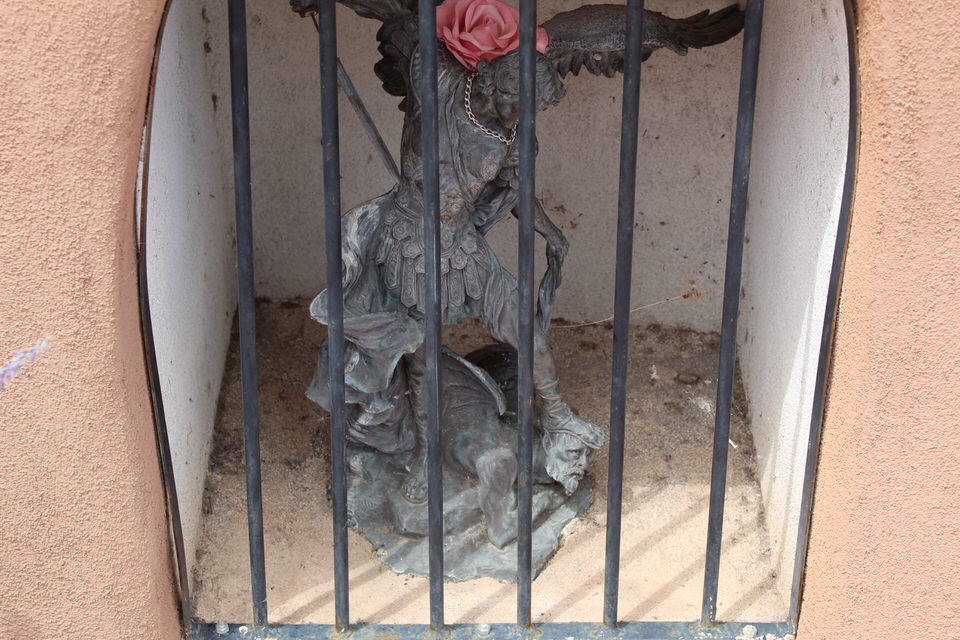 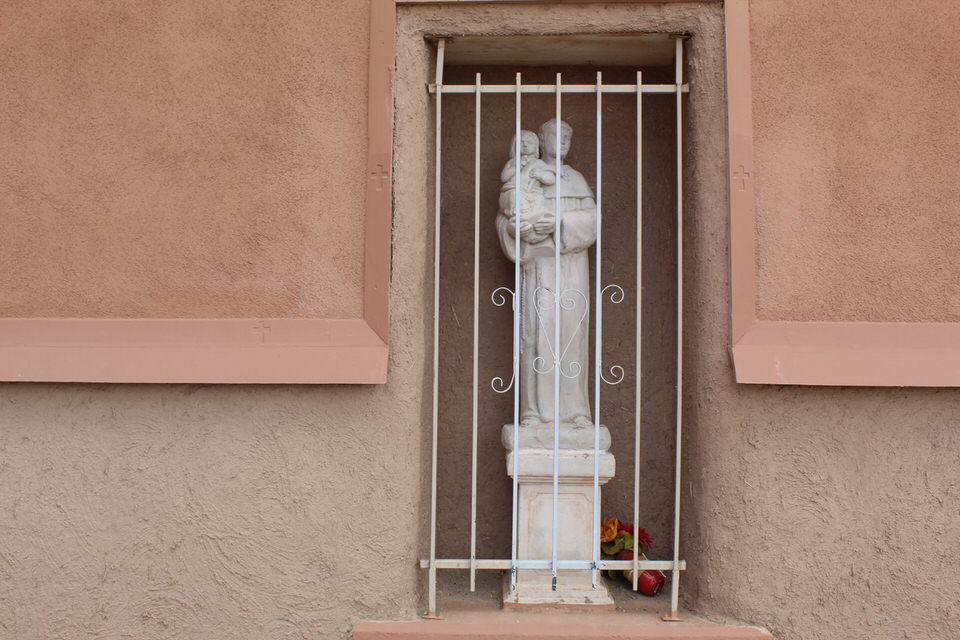 Moving on to our next destination. 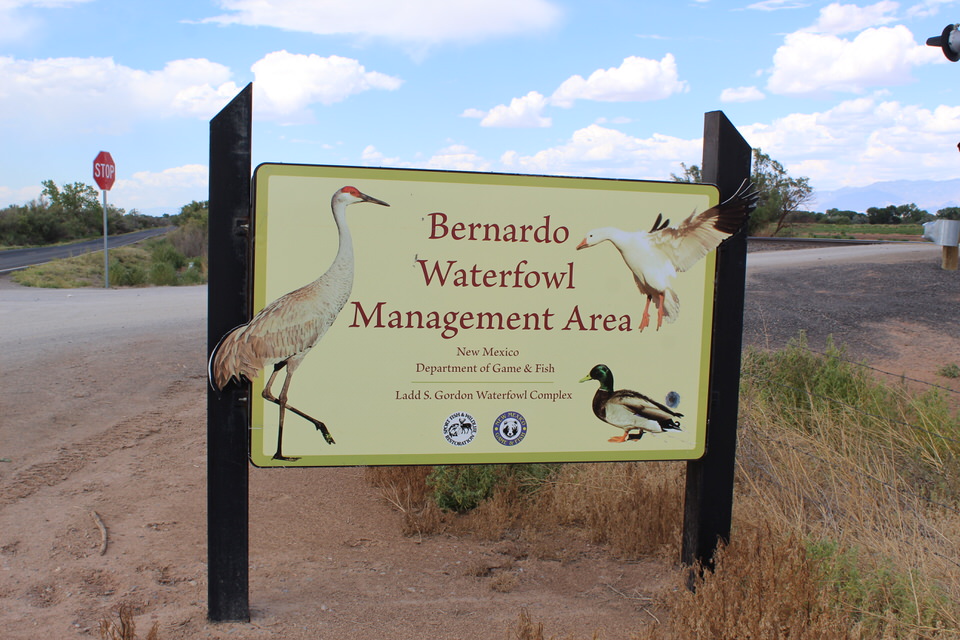 This was a totally new adventure for us.  We were told it contained a three mile vehicle tour loop and several elevated viewing platforms.  Eagerly, we made the turn into the Management area and what did we find? 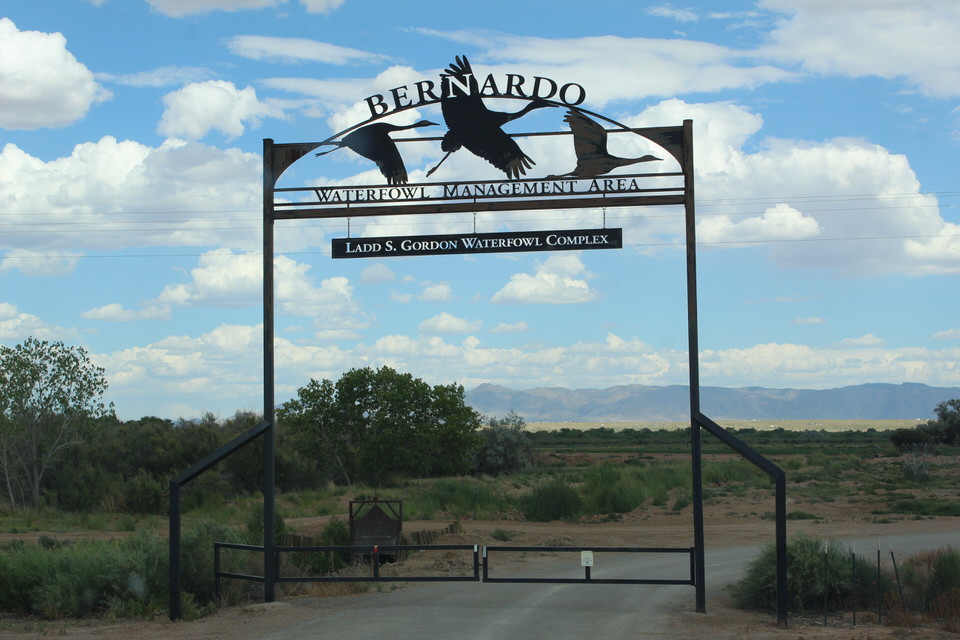 We found it locked up tighter than a drum.  Oh phoo.  This is really getting old.

Time to head home.  We decided to drive a bit past the park to see what we could discover. 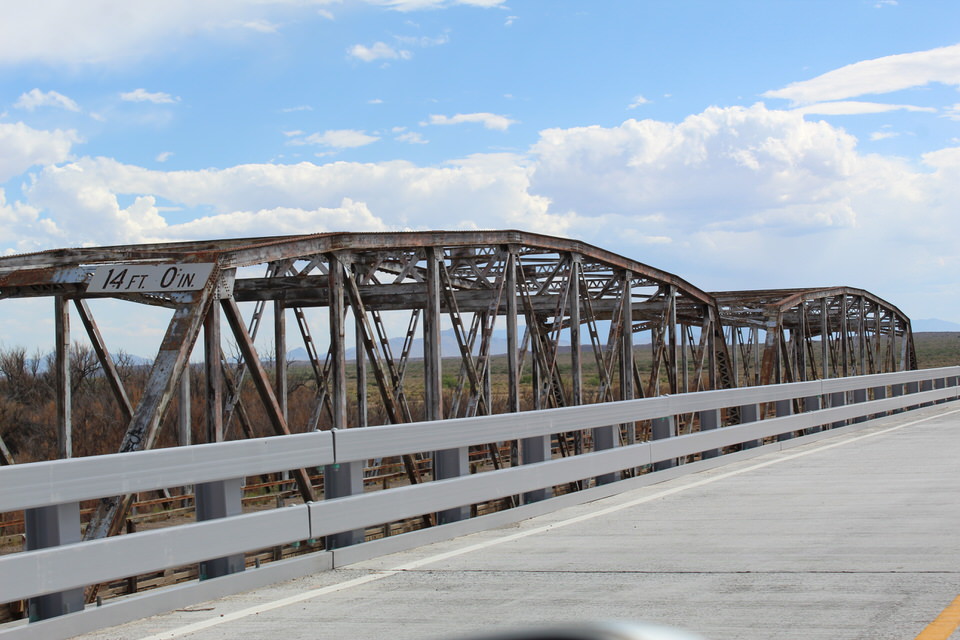 How about a brand new bridge to replace an old and aging one.  The funny thing is the road goes nowhere.  That’s right about a mile further down the road it is closed off with a barricade across it.  Think of it, how much do you think the new bridge must have cost?  A new bridge built at a cost of many thousands for a road that is closed with no homes, nothing along its length.

That was our day on The Road of Retirement.  We had a great time just getting out and about.  Hey, one out of three isn’t that bad.  We’ll try again on Monday to see what we can find that is of interest in this area and that is open.  Till then, tomorrow is fireworks in the park.  We’re looking forward to it.

Hope you enjoyed traveling with us.  We always appreciate your company and your comments.  Catch you tomorrow.